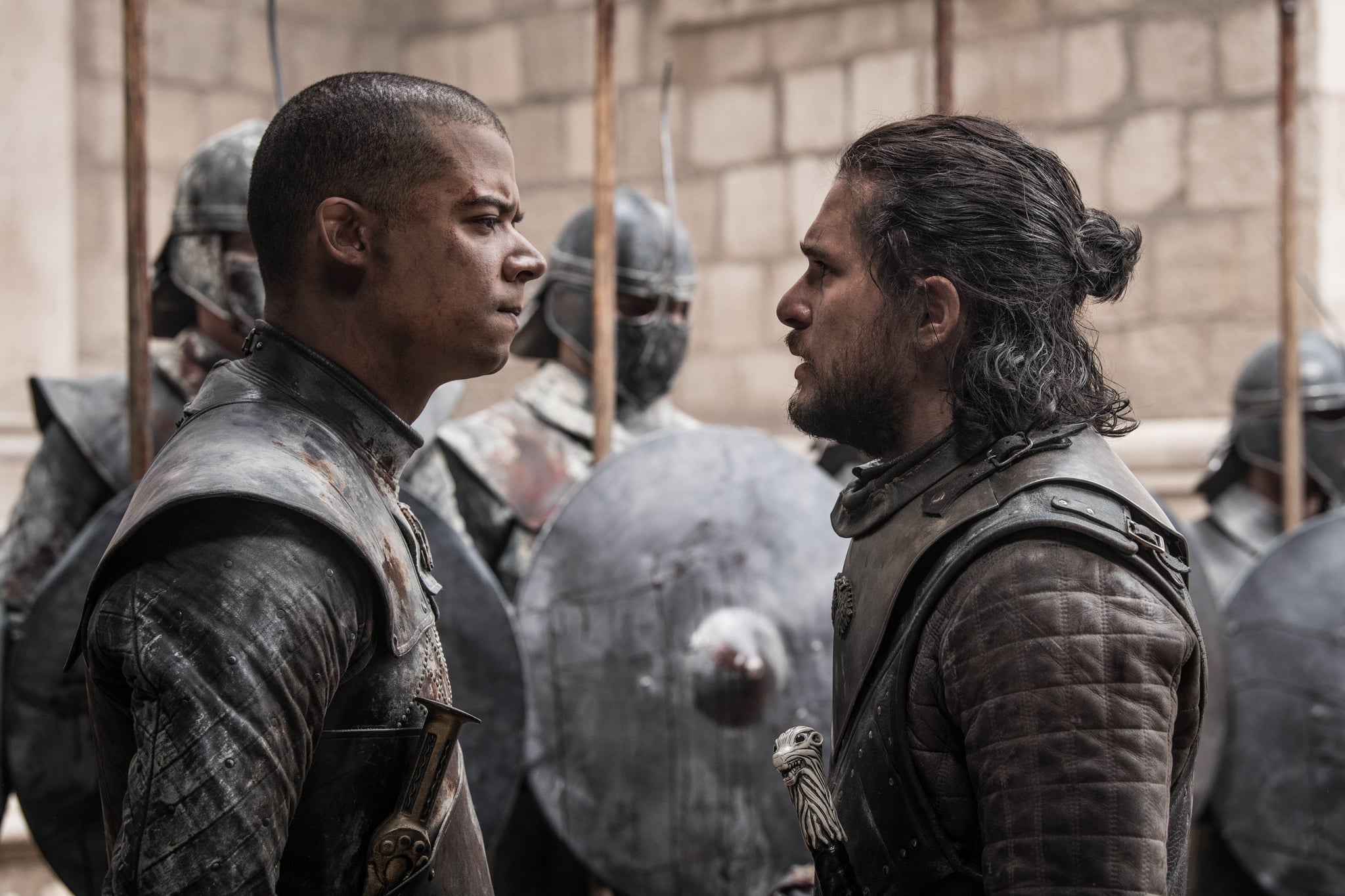 Missandei's gentle spirit is missing in the Game of Thrones finale, as evidenced in the actions of the two people who were closest to her: Daenerys and Grey Worm. However, Grey Worm does ultimately choose to journey to Missandei's homeland of the Isle of Naath as they had hoped to do together one day. Naath is west of the Basilisk Isles, it's a small country known for being peaceful and full of butterflies. Unfortunately, the pacifism of the people also makes them easy targets for the slavers of the nearby Slaver's Bay. That could be one of the reasons why Grey Worm and the Unsullied are setting sail for Missandei's home.

On the surface, it seems like Grey Worm is simply honouring the memory of the woman that he loves. After all, she taught him that there's a world beyond fighting, and her dream was for them to go to Naath together after Daenerys won the Iron Throne. Sadly, Cersei orders her execution before that dream can be realised. That leaves Grey Worm filled with more rage than ever before. His anger only grows stronger after Jon kills his queen, leaving him with no sense of purpose other than to seek vengeance, or at least that's how things seem until we see him on a ship at the end of the episode.

Although it's not stated, it seems clear that Grey Worm is taking the Unsullied to Naath in order to protect the city. He and the Unsullied can stand as guards between the peaceful people and the slavers who seek to take away their freedom. In this way, he can keep Missandei's beautiful home safe, even though he ultimately could not protect her from the evils of Westeros. It's a bittersweet end for the warrior who has grown so much since he was first introduced.

There was a time when Grey Worm couldn't fathom falling in love, but Missandei changed his perspective on the world. Sailing to Naath is the best way he can ensure that he spends the rest of his days being the kind of man she believed him to be. Had he stayed in King's Landing, anger likely would have continued to drive his every action. At least in Naath, his fighting instincts will only be used against those who seek to harm the innocent. It's not the happy ending that he and Missandei had in mind, but it's a way for him to be close to Missandei even though she's gone from this world.

Netflix
Halston: If You Were Wondering, Here's Why the Designer Loved Orchids So Much
by Stacey Nguyen 15 hours ago

Netflix
Netflix Announces a Bridgerton Spinoff, and It's All About Queen Charlotte's Origin Story
by Kelsie Gibson 19 hours ago

Netflix
What Happened to Halston? Here's What We Know About His Later Years
by Stacey Nguyen 20 hours ago