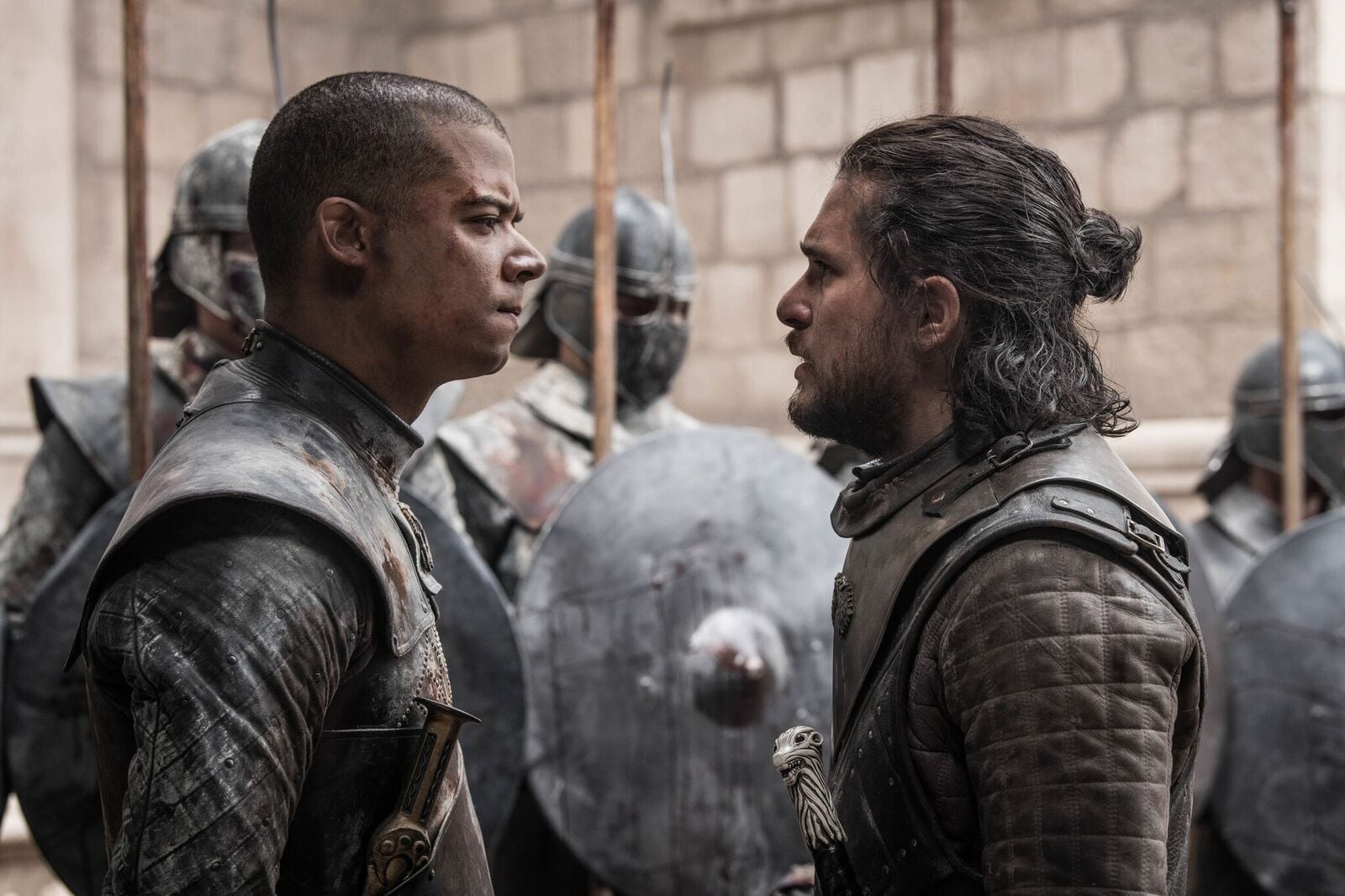 The show's creators provide a bit of a time jump between Daenerys's death and the culminating moments of the series, so we don't see Jon taken into custody by the Unsullied. Instead, the audience learns of Jon's fate through Tyrion Lannister, who pleads Jon's case in front of a council. The council contains all of the powerful minds in the Seven Kingdoms. Unfortunately, they cannot decide how to handle Jon's case since the Unsullied want Jon punished for his betrayal of their queen while the Stark women believe Jon should walk free since his act ultimately protects the realm.

Despite being a prisoner himself, Tyrion wisely suggest they appoint a king and even give them the suggestion of Brandon Stark, who Tyrion dubs Bran the Broken. The council agrees and Bran's first act as king is to appoint Tyrion as his Hand.

When we finally see Jon, disheveled and alone in his cell, Tyrion is the one to break the news that the new king decrees that Jon will live out his days at Castle Black as punishment for his crimes. This means that Jon will take no wife, bear no children, and own no land.

Jon adheres to his new king's wishes and prepares for the long journey to Castle Black. When he arrives in the North, Tormund and his direwolf, Ghost, greet him. We also see that Jon still maintains possession of his Valyrian steel sword, Longclaw. Though this moment is worlds apart from the clash of kings and queens that Jon endures for so many years, there is a sense of peaceful solemnity. Perhaps, Jon has chosen a different path away from the politics that has destroyed his family and the woman he once loved.

Therefore, it makes sense that our last glimpses of Jon Snow show him riding with Tormund and the Free Folk to the wilding homestead of Hardhome or points beyond. Living a life at Castle Black would limit the potential of a man with Jon's scope, and Tormund has always been a proponent of Jon's ascension. He believes that Jon is a man to lead. We hear him say as much at the Great War celebration dinner in the fourth episode of season eight:

Now, we're just speculating here, but since Jon isn't able to have a family or assets as a member of the Night's Watch, he may have agreed to Tormund's proposal of become King of the Free Folk — or at the very least the leader of a clan. This would give Jon the freedom to live a full life, find love, and lead if he desires. Either way, we are optimistic for Jon Snow. Now that he's broken the wheel, let's hope he invents something new for the people who need it most . . . with Ghost by his side.