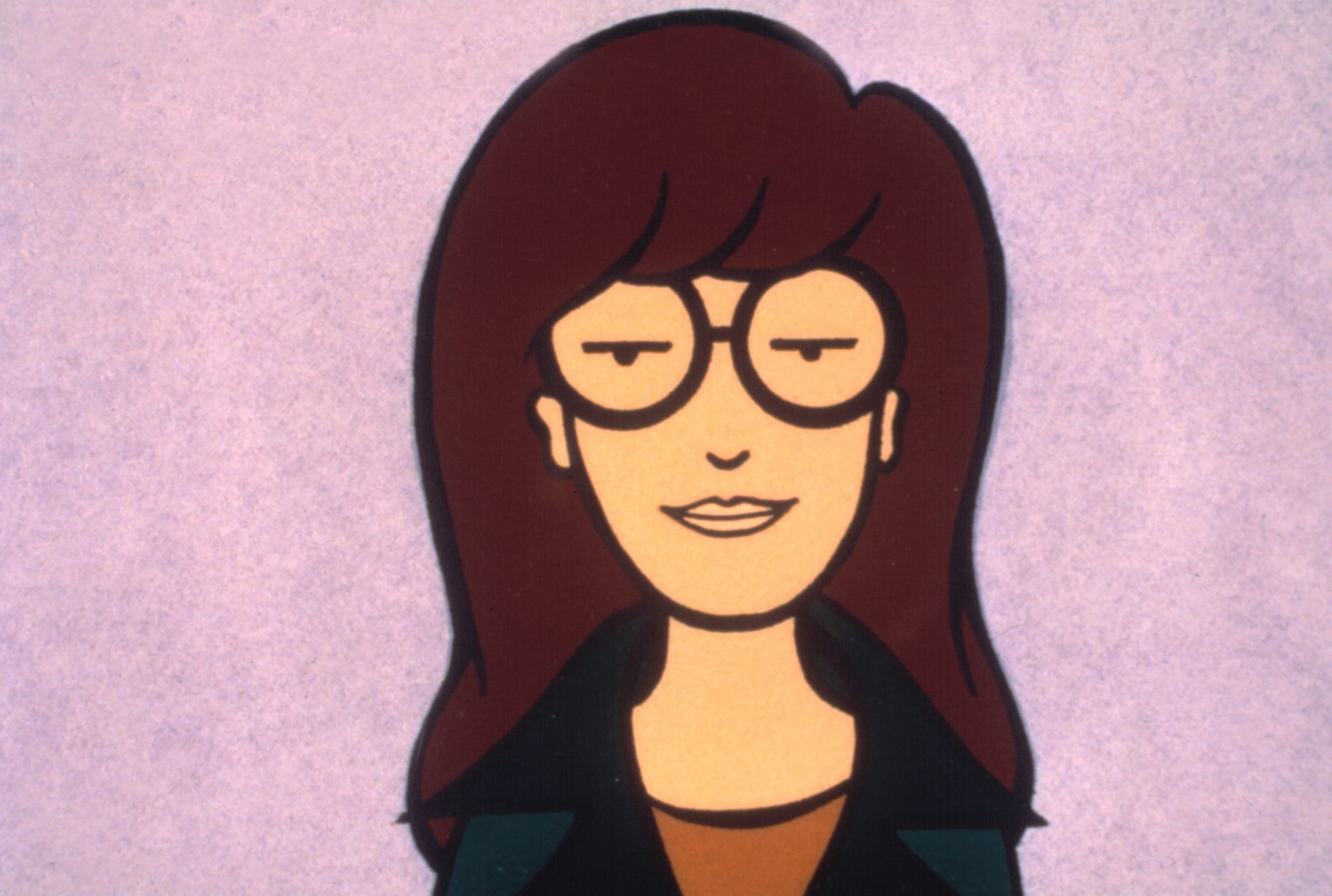 Of all the TV shows getting rebooted this year, Daria might be the one I'm most excited about. I was obsessed with the show growing up — I was just 12 when it premiered — and it reminds me of a time before Teen Mom and Teen Wolf, when you could watch shows like The Real World and Singled Out between a string of actual music videos. I could close my bedroom door, settle into my beanbag chair, and spend my evening chuckling at sarcastic, biting one-liners while I probably should have been doing my homework.

So, there was Daria. The show was a spinoff of MTV's other massive hit cartoon Beavis and Butt-Head, in which she appeared as a running character. It followed Daria Morgendorffer and her family's move to Lawndale, where the 16-year-old would begin her sophomore year in high school. In a 1999 New York Times article, Daria was described as "a blend of Dorothy Parker, Fran Lebowitz, and Janeane Garofalo, wearing Carrie Donovan's glasses." She's the opposite of her little sister, Quinn, who also happens to be her nemesis; she's not cute, perky, or popular and she doesn't care about being any of the three. Daria's coolness comes from having no interest in being cool.

Daria's sardonic and cynical personality appears to make her difficult to get along with, but she quickly makes a best friend in the equally acerbic Jane Lane. Their shared negative outlook and constant criticism of the (idiotic) people around them made me really happy; like, no matter how pessimistic I am, I'll still have at least one friend, right? Daria was important for me as a teenager because it showed me that there's more than one way to get through high school. You don't have to be the pretty, perfect cheerleader or the jock or even the class clown. You can essentially fly under the radar a little, say what's actually on your mind, read The Bell Jar at lunch, and reject the idea of pretending to be happy just to please others. At a time when my self-doubt was running as high as my hormones, Daria grounded me a little. It also introduced me to awesome alt-rock and my first cartoon crush, Trent Lane (swoon).

We're all a little like Daria Morgendorffer, even if it's deep down. A couple of years ago, I came across an old story about the show and decided to rewatch it as the sarcastic, cynical, pessimistic adult I am now. If you're like me and would like to go over 20 years back in time and enjoy a strong female lead who did her own thing, and whose flaws and insecurities mirrored your own long before Liz Lemon's, here's where and how you can enjoy Daria right now.