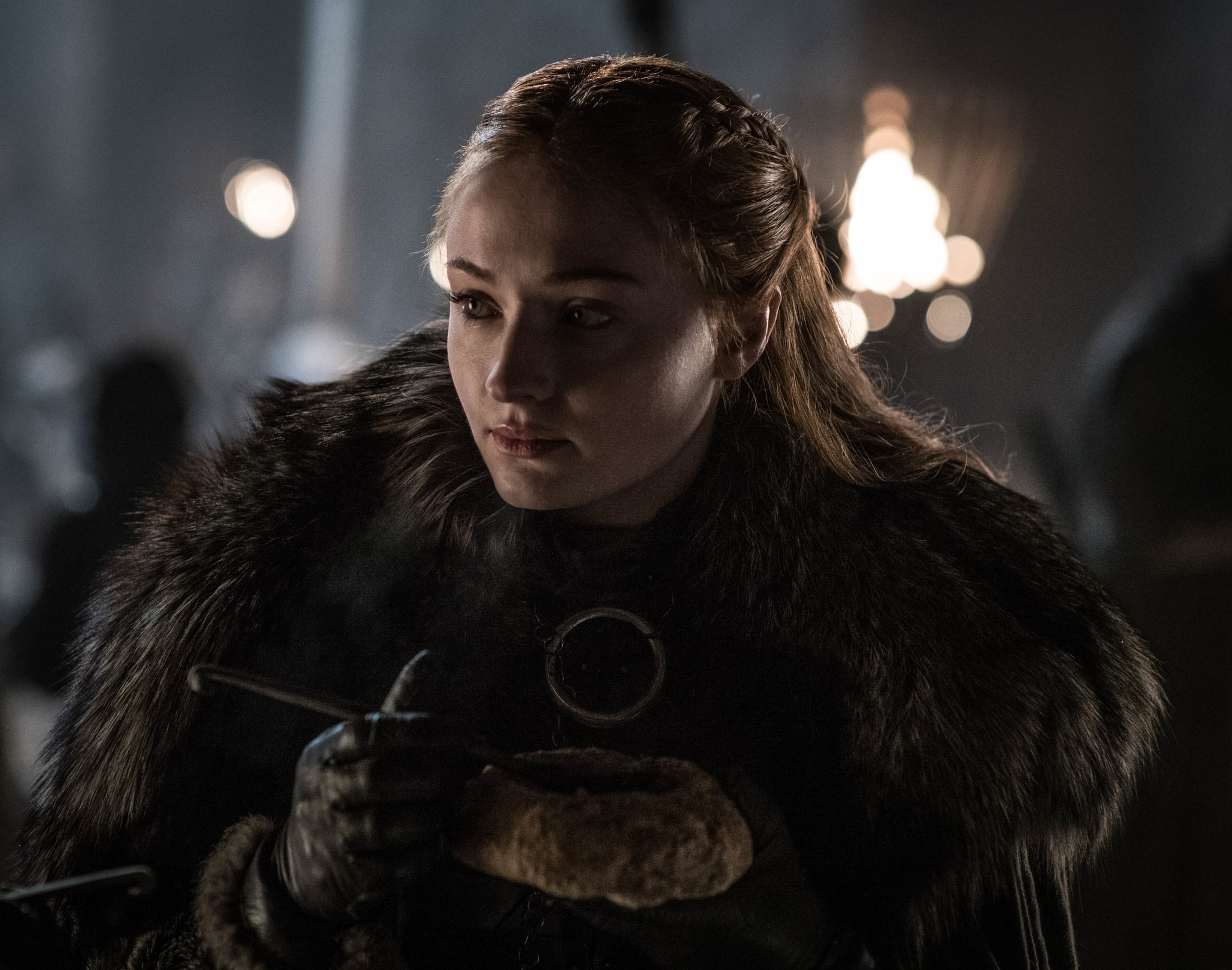 While most of the attention has been on the massive battlefield sequence on Sunday night's Game of Thrones, we have to remember that there was a second battle (or near-battle) at hand as well. While some of Westeros's best fighters and biggest armies face off against the Night King's army, the non-combatants wait deep in the crypts of Winterfell, which they assume are the safest place to wait out the battle. Sansa Stark, Lady of Winterfell, leads this group, along with sort-of-ex-husband Tyrion Lannister, and even though Sansa has never been a physical fighter, she's prepared, thanks to her sister, Arya.

Before the sisters go to their separate stations, Arya hands her sister a dagger to protect herself and those hiding in the crypts. "Stick 'em with the pointy end," she teases when Sansa protests she doesn't know how to fight. The dagger Arya gives to her sister isn't just any dagger, though: it's one of the daggers that Gendry has been forging. Not only is it a subtle connection between two people Arya considers "family," but it serves to foreshadow a plot twist that many were already expecting.

Arya specifically gives Sansa not just any dagger, but one made of dragonglass: the substance that's effective against wights. Theoretically, with Sansa and the others hiding in the crypts, they shouldn't have needed an anti-wight weapon, but as many fans had predicted, it nearly came in handy. The Night King raises the dead in Winterfell's crypts, leaving Sansa to lead the way to try to get everyone there to safety. Fortunately, Arya is able to kill the Night King — destroying his army at the same time — before Sansa actually needed to use the dragonglass dagger. Even so, it's the first time we've seen Sansa fully battle-ready and this close to actually entering the fray of combat, and it's a great moment for the character as the series hurtles towards its epic conclusion.

Netflix
So, Who Are the Burned Ones From Fate: The Winx Saga? Here's All You Need to Know
by Camila Barbeito 22 hours ago