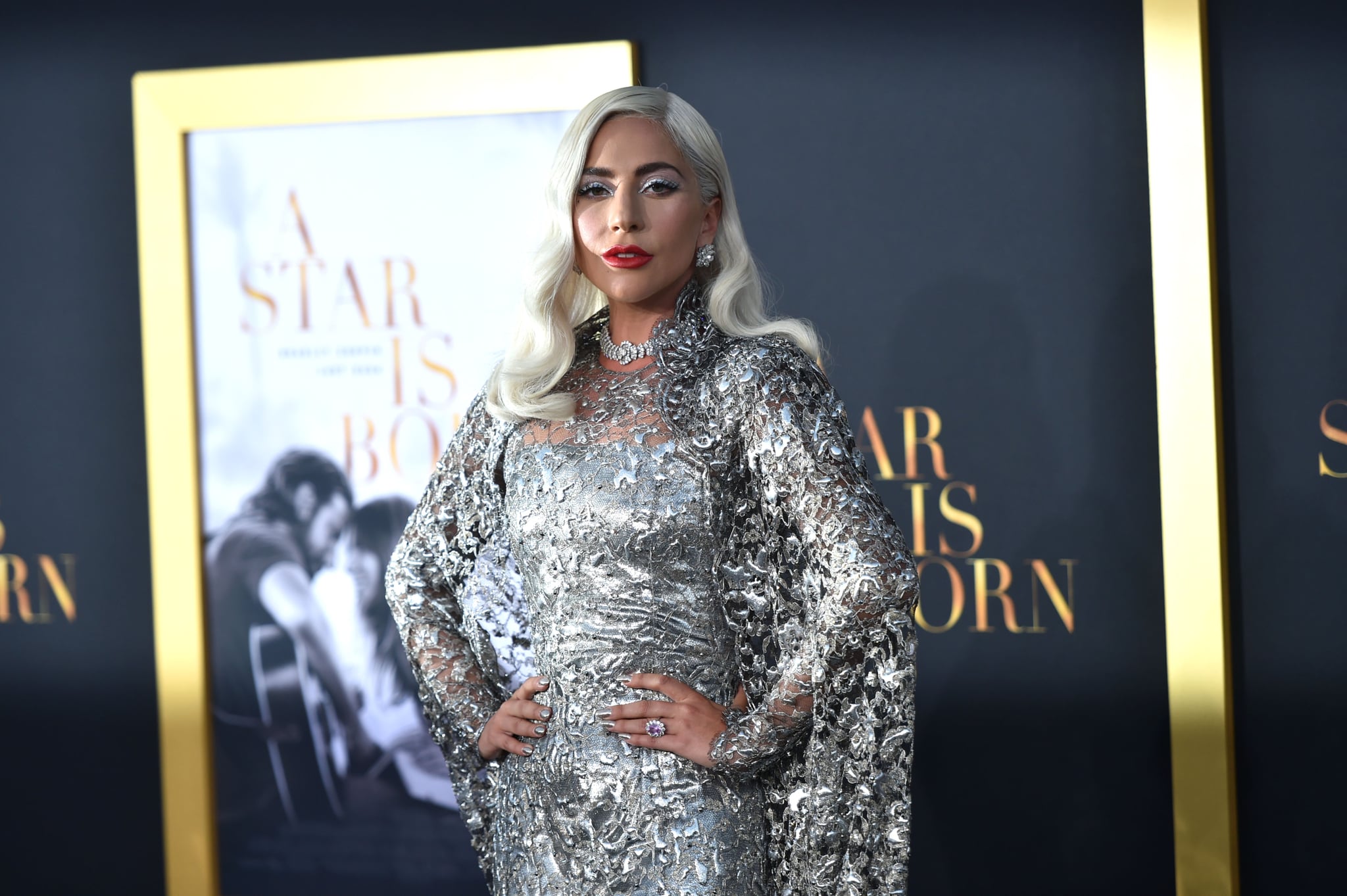 It's looking more and more likely that A Star Is Born is going to ride a wave of critical acclaim and audience enthusiasm all the way to the Oscars. Starring Lady Gaga and Bradley Cooper as musicians on opposite ends of their careers, the romantic drama is already considered a strong contender for most of the major categories, including for Gaga and Cooper's performances and for the movie's incredible soundtrack. This wouldn't be Gaga's first time at the Oscars: she was nominated in 2016 for best original song for "Til It Happens To You" from the documentary The Hunting Ground. This year, though, she'd be eligible for several Oscars — and stands a pretty good chance of winning! Here's how it all breaks down.

The obvious award she's eligible for would be best actress for her role as Ally, the jaded young singer-songwriter who becomes a huge star. In her first movie role (though not her first acting role: she won a Golden Globe in 2016 for American Horror Story: Hotel), she'll go up against some Hollywood heavyweights. The way things are looking now, other major contenders in the category may include Glenn Close, Viola Davis, Felicity Jones, and Melissa McCarthy.

Even if she doesn't win best actress, Gaga still has a chance at other Oscars, seeing as she's a major contributor to A Star Is Born's soundtrack. She has writing credits on several of the film's biggest songs, including likely best original song nominee "Shallow." In theory, Gaga could be nominated multiple time for best original song if other songs she cowrote, such as "I'll Never Love Again" or "Look What I Found," are also nominated; multiple songs from the same film are allowed to be nominated in this category. Because of the nature of the score, which was written by several different composers rather than a single person, Gaga would also probably be eligible to share in the Oscar if A Star Is Born wins overall for best original score.

All together, Gaga will probably be eligible to win in three categories: best actress, best original song, and best original score, with the first two being her likeliest chances. The Fall movie season has only just begun, but we're feeling pretty good about Gaga's chances already!