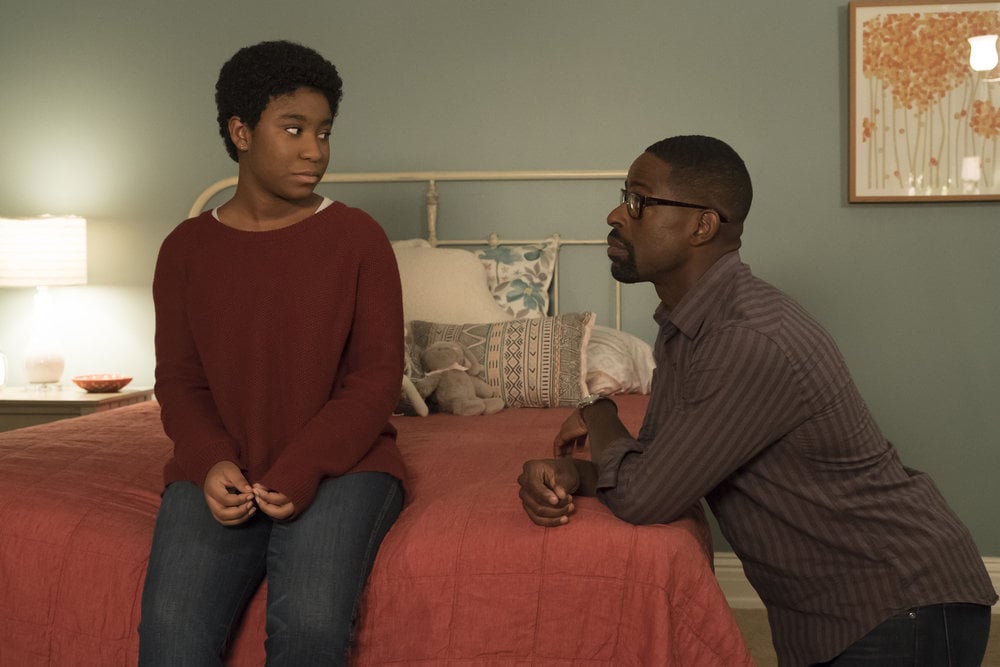 This Is Us has a knack for keeping us guessing — I mean, it only took several long months before we finally learned about how Jack Pearson died. Now we have a new mystery to ponder with the introduction of Deja, played by Lyric Ross, who is the foster daughter of Randall and Beth Pearson.

When we first meet Deja, we learn that she has lived in many foster homes because her mother is in jail over a wrongful gun charge stemming from her ex-boyfriend, who left his firearm in her car. Deja's mom, Shauna, eventually returns, and the Pearsons are left to deal with the aftermath of losing Deja after building a close bond with her.

In episode 17 of season two, we receive the entire back story and discover that Shauna became pregnant with Deja when she was only 16 years old. Although the guy is never seen or mentioned by name, Shauna's mother briefly mentions that the man in question left before Deja was even born.

From there, Deja's father is never mentioned again. Instead, we get to see the events which lead up to Deja ending up in the foster care system: Shauna goes out to celebrate her birthday with friends one evening and doesn't return home, nor does she answer any of Deja's phone calls when she accidentally injures herself and has to seek medical attention at the hospital.

While it might seem like Deja's father is an insignificant piece of her life puzzle at this point, the mystery of his identity comes back to haunt the troubled teen at Kate and Toby's wedding. Toby's outspoken mother casually mentions that Deja looks exactly like Randall — her adoptive dad, not her biological father — and this triggers an angry reaction in Deja, who later takes a bat to Randall's Mercedes-Benz.

Related:
The Internet Is Collectively Inhaling and Exhaling After the Emotional This Is Us Finale

So will we ever learn more about Deja's father? Apparently yes. According to executive producer Elizabeth Berger, the plot hole will likely be addressed in the third season. "One of the things that we may come to know more about next season is Deja's father, because we haven't yet talked about it at all," Berger told Entertainment Weekly. "Obviously, Deja has had almost no relationship with him, but she may know more about him than we previously let on."

Until then, we will just have to wait and see how it all plays out on screen. If that's not enough to stress you out, there's also the mystery over which character will inevitably kick the bucket next, because on This Is Us, no one is safe.