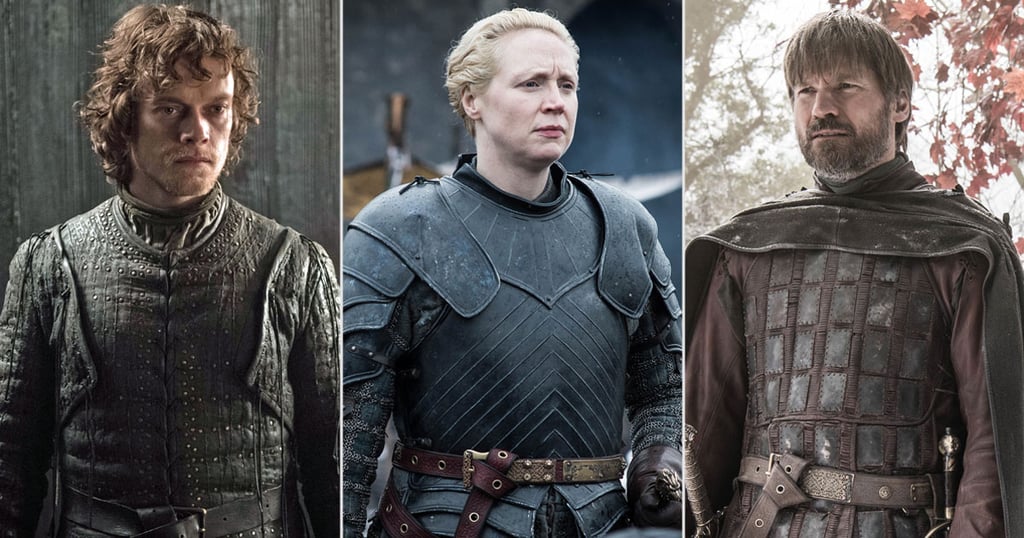 Which Game of Thrones Characters Will Die at Winterfell, Ranked From Least to Most Likely

There are still a handful of episodes left in the eighth and final season of Game of Thrones, but it's the third episode that has us ready to throw in the towel on the HBO fantasy series for good. Why? Because it seems like all of our faves — OK, not all of them, but most of them — are going to die in the Battle of Winterfell thanks to the Night King's advancing army of frozen zombies. Have we not suffered enough, HBO?!

To distract us from the heartbreak to come, we decided to be logical about this and figure out who is most likely going to die by the time the third episode's credits start to roll. Will it be the newly knighted Brienne of Tarth? Will Arya and Gendry perish hand in hand? Does Bran already know the answer to all these questions but is selfishly not telling anyone?! Keep reading to find out our thoughts, but be warned: plenty of spoilers abound below, so proceed with caution!

Related:
Game of Thrones: This Is Why That Scene Between Jaime and Brienne Means So Much
Previous Next Start Slideshow
Game Of ThronesTV

Netflix
The Sons of Sam: Who Was Roy Radin? How He Was Potentially Linked to David Berkowitz
by Stacey Nguyen 22 hours ago

Netflix
The Sons of Sam: Who Was John Wheat Carr, and What Happened to Him?
by Stacey Nguyen 23 hours ago