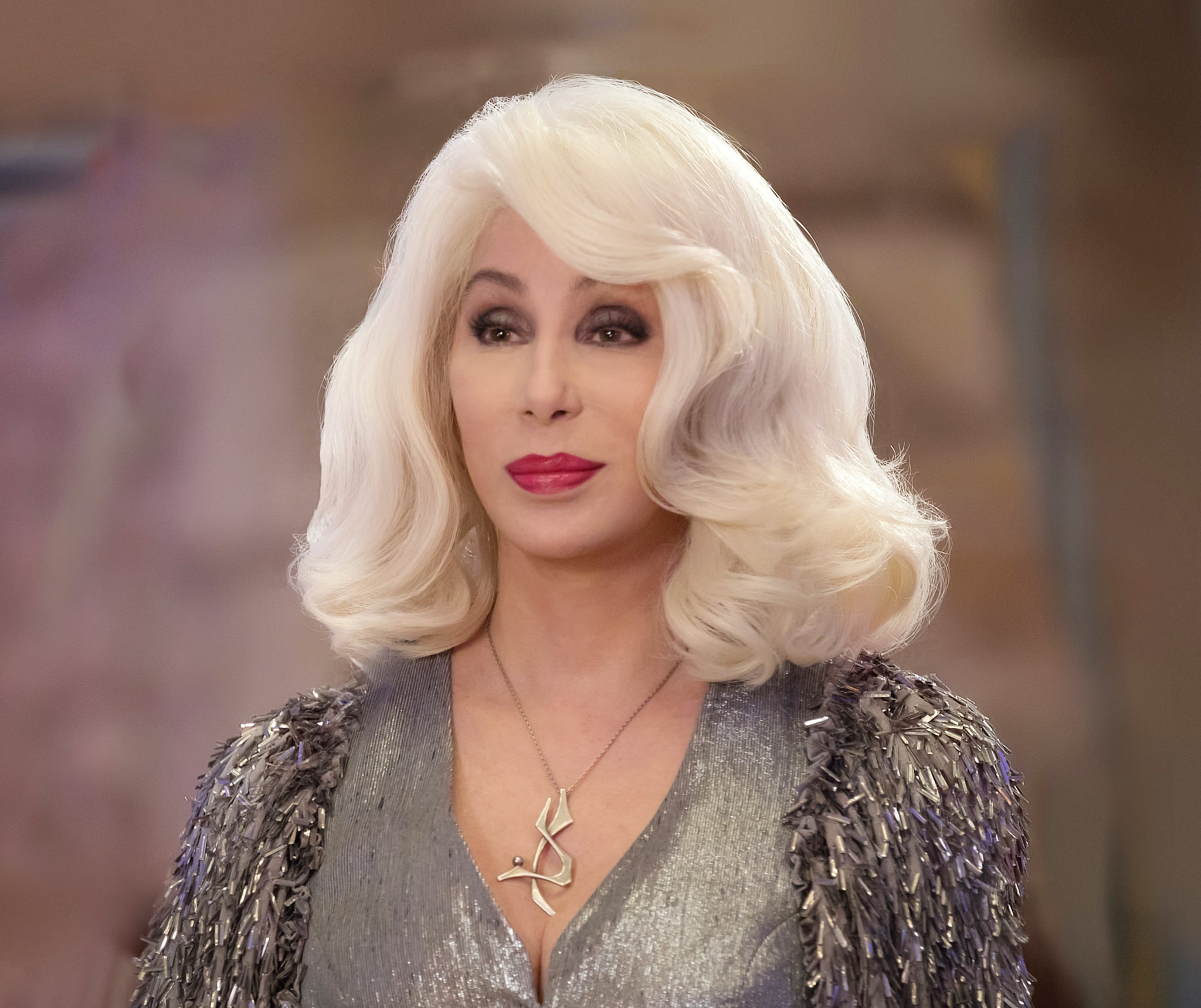 Last year, unapologetic Mamma Mia fans — yours truly included — freaked out upon the release of the Mamma Mia! Here We Go Again trailer. Most of us would have been perfectly happy with the goofy jokes, frothy ABBA covers, and flamboyant beach dance sequences in the teaser, but then there was a surprise near the end. Cher, the queen of music herself, steps into the scene flaunting icy platinum-blond locks, a killer white suit, and silver-rimmed shades. She declares to Sophie (Amanda Seyfried), "Let's get the party started."

Sophie isn't too keen on having her here, telling the prima donna, "Grandma, you weren't invited." Yup, Cher plays Ruby Sheridan, Donna's (Meryl Streep) mother and Sophie's grandma. In response to her granddaughter's rebuff, Ruby shoots back, "That's the best kind of party, little girl." Their relationship seems fairly uneasy (though, in the final trailer, Ruby says that she's now committed to being a grandma), and we can't wait to see the silly shenanigans that unfold in the movie. Needless to say, Cher will play a crucial role in the sequel, in which we'll witness the parallels between Sophie and Donna's pregnancies. Presumably, Ruby's relationship with Donna hasn't been great either. In the trailer, Tanya and Rosie explain to Sophie how her mother "did it all on her own."

With the almighty goddess of pop being in a musical movie and all, you're bound to ask: what will she sing? Well, Cher will certainly bless us with a cover of "Fernando" in a superromantic nighttime scene located at a balcony that's lit up by string lights. You can watch the behind the scenes footage in the clip below.

If you can't get enough of Cher's beautiful rendition of this classic hit, you're in luck. The iconic pop singer recently announced that she will be creating a whole album of ABBA covers, because miracles do happen. Before that happens and before the movie hits theatres on July 20, we'll just be listening to ABBA and Cher's music on repeat.