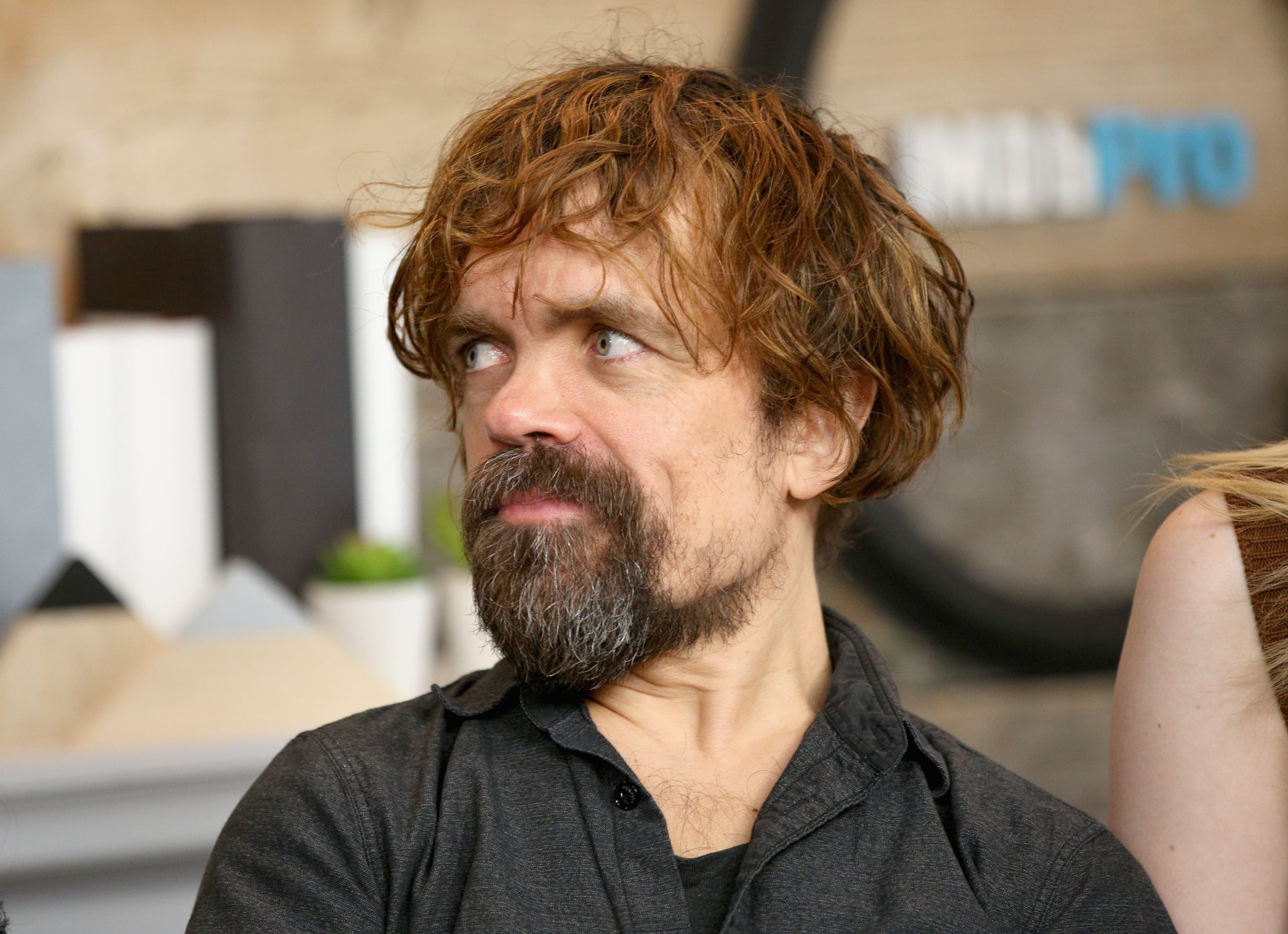 With the star-studded cast all coming together for the ultimate comic-book mashup, we couldn't have been more excited for Avengers: Infinity War. Most actors are reprising roles from other films (like Chris Hemsworth as Thor, Robert Downey Jr. as Iron Man, and Scarlett Johansson as Black Widow), but one actor who took on a new, unannounced role in the film was Peter Dinklage — and we were dying to figure out which character he'd be.

It was kept a secret throughout filming, and up until the film debuted on April 27, no one could pinpoint a specific role for Dinklage. Even though the movie is out now, you might want to brush up on his character so you don't miss his scene.

His Name Is King Eitri

He doesn't make an appearance in the poster featuring the massive cast of characters for Avengers: Infinity War, but Dinklage portrays the old comic character Eitri, the King of the Dwarves of Nidavellir. In fact, it's almost better that he doesn't appear on the poster, because his arrival in the film is that much more shocking (in the best way possible).

According to the comics, he is an expert craftsman, and he was the one who crafted the famous hammer, Mjolnir, for Thor. In the film, he's just as skilled at forging weapons, which comes in handy since Thor's hammer was destroyed in Thor: Ragnarok. To help stop Thanos in Infinity War, Thor ventures to Eitri's planet in hopes that he'll make Stormbreaker, a special ax, for him, since it's the only other weapon that can conceivably take on the intergalactic villain.

In Fact, He's Made a Lot of Prominent Pieces

Eitri is the craftsman behind some of the greatest and most powerful weapons we've seen our favourite superheroes use. In the movie, he is credited for creating the Infinity Gauntlet for Thanos, which we see him wearing throughout the film. Eitri also forged the metal suit of armor for Iron Man in the comics.

He Doesn't Get a Lot of Screen Time

While Dinklage might have a spot in the ensemble cast of Avengers: Infinity War, he doesn't get a whole lot of screen time. In fact, Dinklage is in a single but very significant part of the film. When Thor comes calling for Eitri to make Stormbreaker in Infinity War, the "dwarf" king steps out of the shadows and it's revealed that he's . . . 20 feet tall?! Apparently the dwarves on this planet aren't the ones we're used to. Dinklage's character towers over Thor, Rocket, and Groot and explains how Thanos arrived shortly before they did and wiped out his friends and family. Eitri is the only one who survived the massacre. Fortunately, Thor's visit helps reignite both the dwarf king's hope and the star that powers the molten forges on his planet.

There's no word on whether this brief introduction is going to lead into another Thor spinoff or an appearance in the upcoming untitled film, commonly referred to as Avengers 4, in 2019.