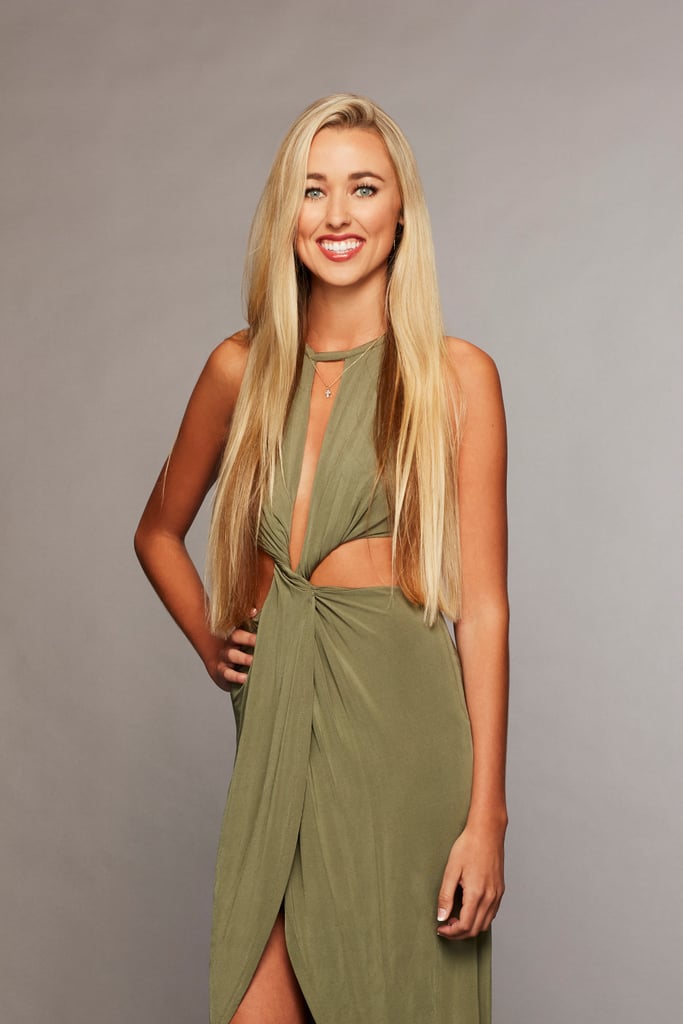 Much has been made of Colton's virginity on this season of The Bachelor, but he's not the only one with a limited sexual past. Heather told Colton that she's never kissed anyone before, and he, well, could relate.

Even though Heather was nervous to tell Colton she'd never smooched anyone on the second episode of the season, she wasn't exactly hiding it on the show. Her official Bachelor contestant bio lists her job as "Never Been Kissed." In reality, though, Heather is gainfully employed — in an Instagram post about the show, she added the hashtag #ihaveajob, just so everyone was on the same page.

In fact, according to Heather's LinkedIn profile, she's an assistant program manager at a company called Aethercomm. The California-based company makes products to be used in combat, according to its own LinkedIn page. Impressive and so much more than that show tagline gave away

So what else don't we know about Heather? Here are a few things we've learned about the sweet Bachelor contestant so far.

Celebrity Style
Yara Shahidi Wears the Most Sophisticated, Off-the-Shoulder Dress — Albeit in Electric Green
by Sarah Wasilak 9 hours ago

Celebrity Style
Billy Porter May Be Wearing Wings, but Flying Would Be a Challenge in Such Heavy Diamonds
by Sarah Wasilak 10 hours ago