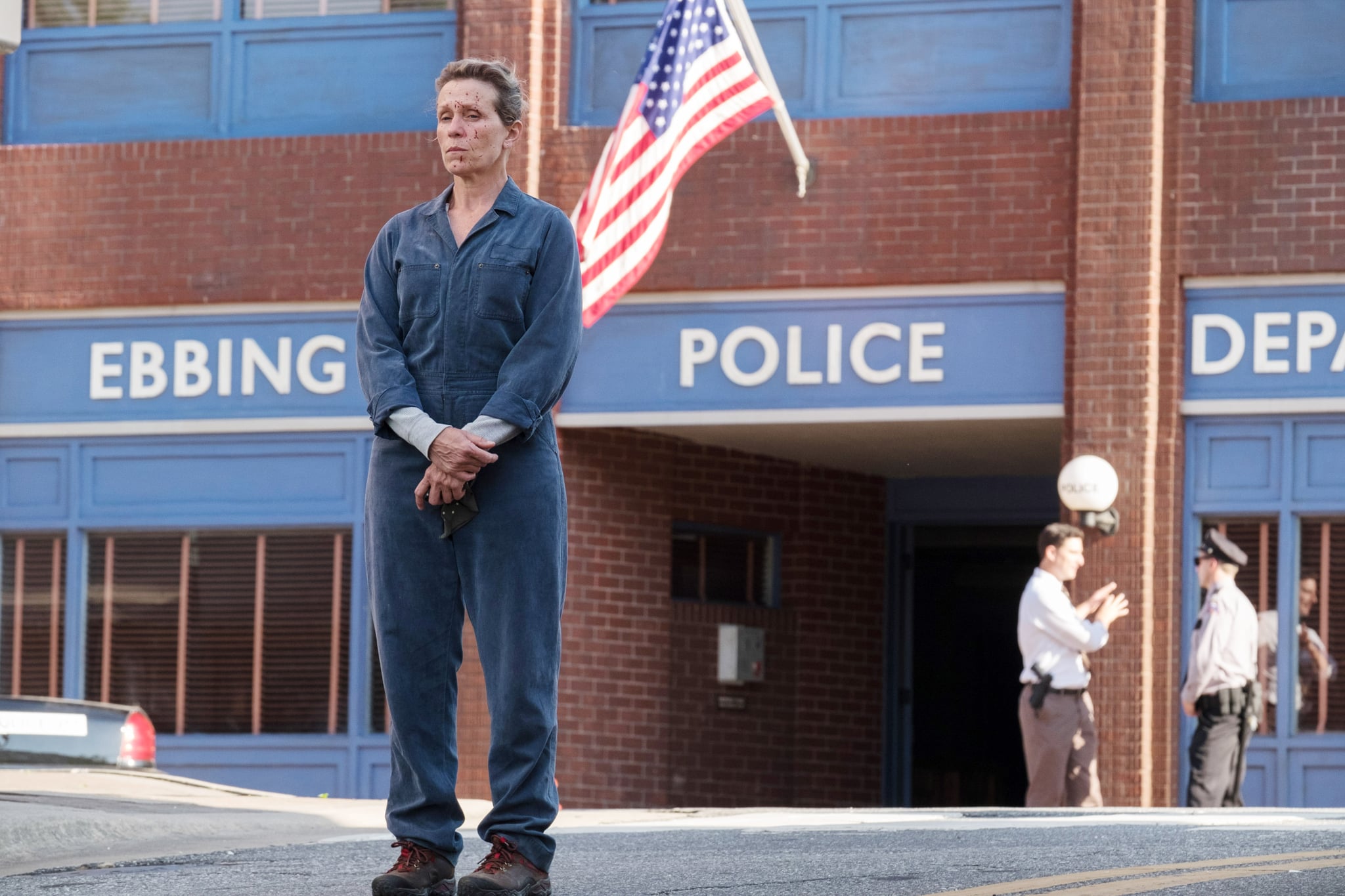 Three Billboards Outside Ebbing, Missouri is a frontrunner at the Oscars this year for many reasons. The film's narrative ties into the #MeToo movement with almost eerie precision, it addresses police brutality in a controversial way that has spurred a lot of conversation, and finally, it has Frances McDormand, whose gravitas carries the film like no other actress could.

But one thing we haven't been talking about is a key plot point involving the ghastly rape and murder of Angela (Kathryn Newton), teenage daughter of Mildred Hayes (McDormand). If you haven't seen the film yet, don't read the rest of this article unless you want to be spoiled.

Angela's murder is the reason why Mildred purchases the billboards, to send a message to Police Chief Willoughby (Woody Harrelson), who has failed to solve the crime after more than six months. Not only is Angela sexually assaulted before her death, but she is also burned alive (the film doesn't depict the actual crime on screen — it's only referred to). It doesn't take a seasoned investigator to figure out that this is a crime of passion.

The Martin McDonagh film never reveals who killed Angela, although it certainly throws red herrings at audiences, including a guy who Officer Dixon (Sam Rockwell) overhears bragging about raping, burning, and killing a young woman (turns out, the guy wasn't in the country when Angela was murdered).

But one suspect that clearly needs to be reexamined is Angela's father, Mildred's ex-husband, Charlie (John Hawkes).

When we first meet Charlie, he violently throws Mildred up against a wall in her own home. Then, when Mildred is at a restaurant on a date with James (Peter Dinklage), she spies Charlie on a date with his girlfriend Penelope (Samara Weaving), who's around the same age as Angela. Finally, the most incriminating evidence is when Mildred discovers that Charlie is the one that burns the titular billboards down in a fiery rage (one of the most iconic shots of the film).

Charlie has a proven violent temper, an interest in much younger women, and access to enough fire to scorch three billboards. By definition, crimes of passion are never premeditated, which in this case, would attest to why cops were never able to solve the crime. It wasn't a serial killer; it was a one-time crime. In this case, Charlie could have killed Angela because of jealousy or an unrequited affection, perhaps molestation or inappropriate behavior, toward his daughter.

At the end of the film, Mildred and Dixon decide to drive to Idaho to hunt down the guy in the bar who bragged about killing a young woman — not because they suspect him of murdering Angela, but because they want some semblance of justice that they were never able to achieve in Ebbing.

It would be the ultimate irony of the film that the perpetrator Mildred is looking for is right in front of her face, which not only taints the ending, but its association with the #MeToo movement. No women win in this film — only the unscathed man slinking around town with his underage girlfriend.