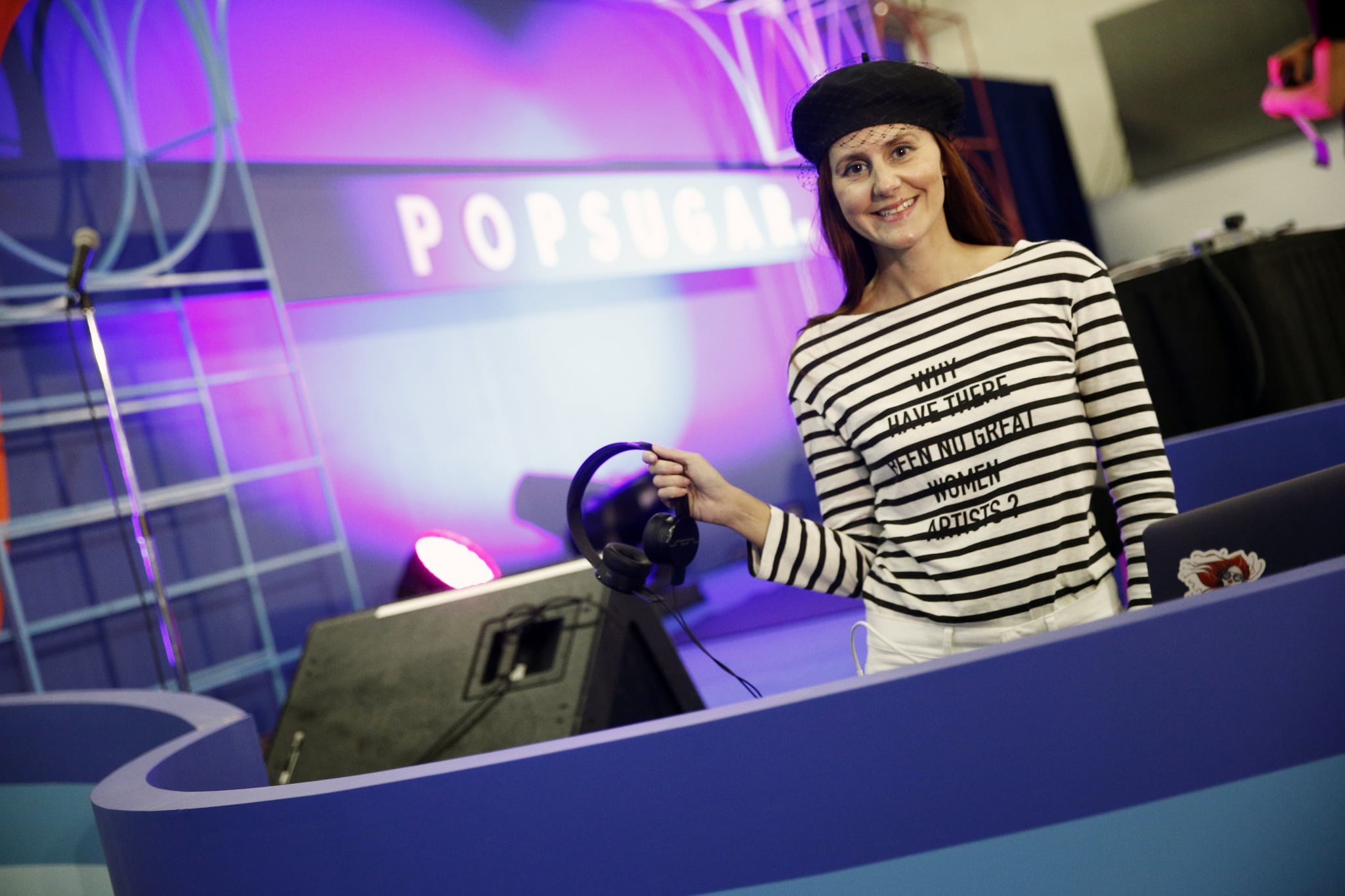 I met Nikki Pennie at POPSUGAR Play/Ground in June, where she was spinning all-female music all weekend. That Pennie was the in-house DJ at POPSUGAR's female empowerment event aligns perfectly with her background: she's worked as a fashion stylist, she serves as the official DJ for Dior Beauty, and — in the very male-dominated fields of electronic dance music and sound engineering — Pennie's primary goal is to elevate and promote female artists.

Later this Summer, the self-proclaimed "She-J" is releasing a six-song EP of EDM; she describes her sound as "a mix between Flume and elegant Skrillex." One of the tracks is an EDM cover of "Last Night a DJ Saved My Life" called "Last Night a SheJ Saved My Life." All of the songs feature up-and-coming female vocalists, including Edei, Leslie Powell, Sissy Clemens, and Quinn Archer. "The songs are girl-power dance anthems," Pennie says proudly.

Pennie moved from London to Los Angeles about eight years ago, where she worked as a stylist for Issa. "Randomly, I got asked by a few brands to DJ," Pennie recalls. "I went to dinner with some friends of mine who work in the DJ world, and I was like, 'Guys I've gotten offered these jobs and I don't know how to DJ.'" They put Pennie in touch with a renowned British music producer named Dave Garnish, who was coming to Los Angeles to train DJs. The serendipitous timing allowed Pennie to find her mentor and spend a few months apprenticing under Garnish.

Pennie started doing small events and found she had special skill for reading a room. That, combined with her producing chops, led to her DJing events all over the world within six months. "This was suddenly my main source of income, which I never thought would happen," Pennie says.

It probably comes as no surprise to anyone that Pennie encountered challenges as a woman succeeding in a male-dominated field. "It was tough in the beginning, because I got a lot of backlash from male sound engineers, and I still get backlash from male DJs. I think they thought I got ahead because I'm in a pretty dress at glamorous parties." But Pennie knows her sh*t: "When I talk about producing with other guys [in the field], they can't believe my knowledge."

In 2016, she got the gig as Dior Beauty DJ. In addition to serving as a brand ambassador, she DJs Dior events and attends Fashion Week shows. "I wasn't into makeup before, but now I'm a total junkie," Pennie says. She particularly loves the new, more affordable Dior Backstage line as well as Dior Lip Glow ($34), which is perfect for keeping her lips moisturised while DJing since she can apply it without a mirror.

While she's a recent convert to beauty, Pennie has always been into music. As a kid, she played the piano, recorder, and violin, and her all-time favourite artists are — unsurprisingly — all women: Nina Simone, Aretha Franklin, Adele, Amy Winehouse, and the Spice Girls. She also gravitates toward girl-power anthems like "Unstoppable" by Sia and "Run the World (Girls)" by Beyoncé.

After POPSUGAR Play/Ground, Pennie jetted off to DJ at The Girls Lounge at Cannes Lions. "I love being a part of things that are so female-empowering where you meet so many amazing women," she says. 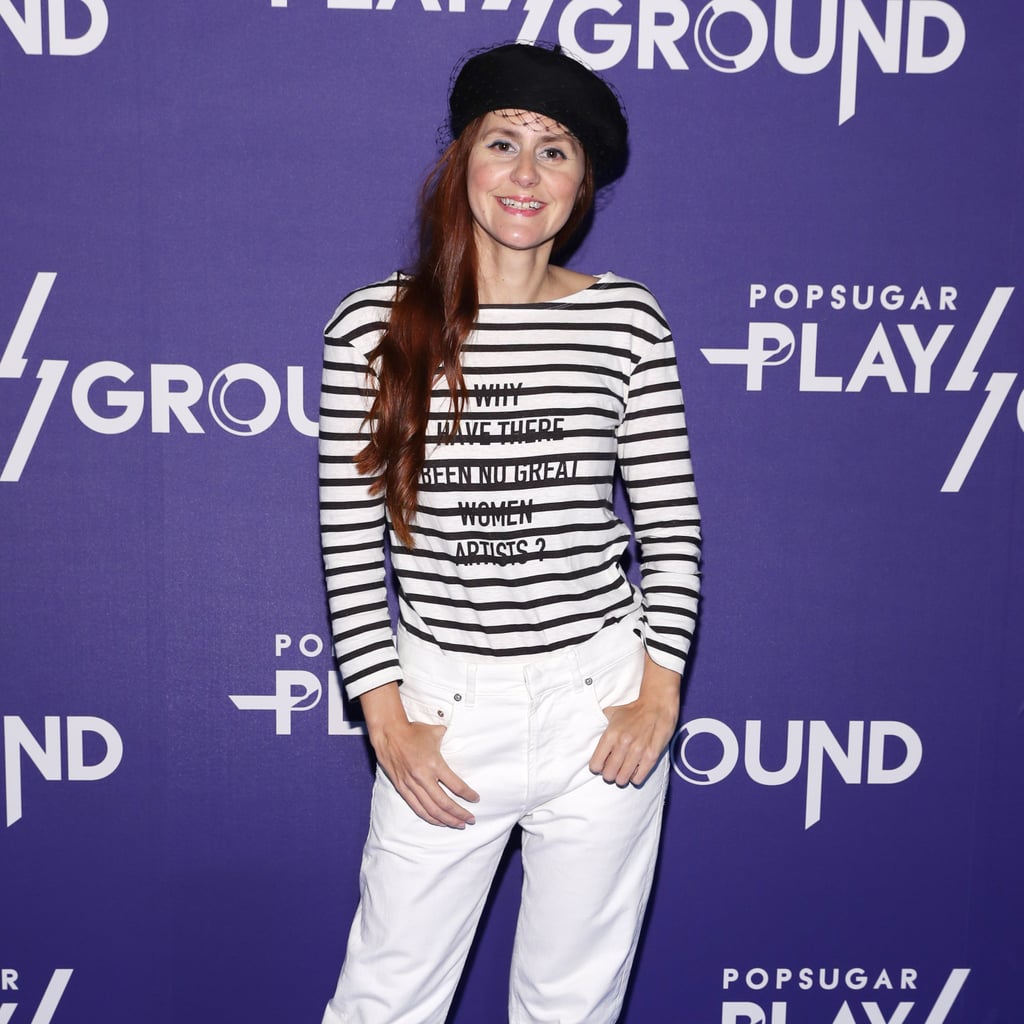 Celebrity Interviews
Billie Eilish Reveals How Her Synaesthesia Led to the Creation of Her New Perfume, Eilish
by Kelsey Castañon 14 hours ago