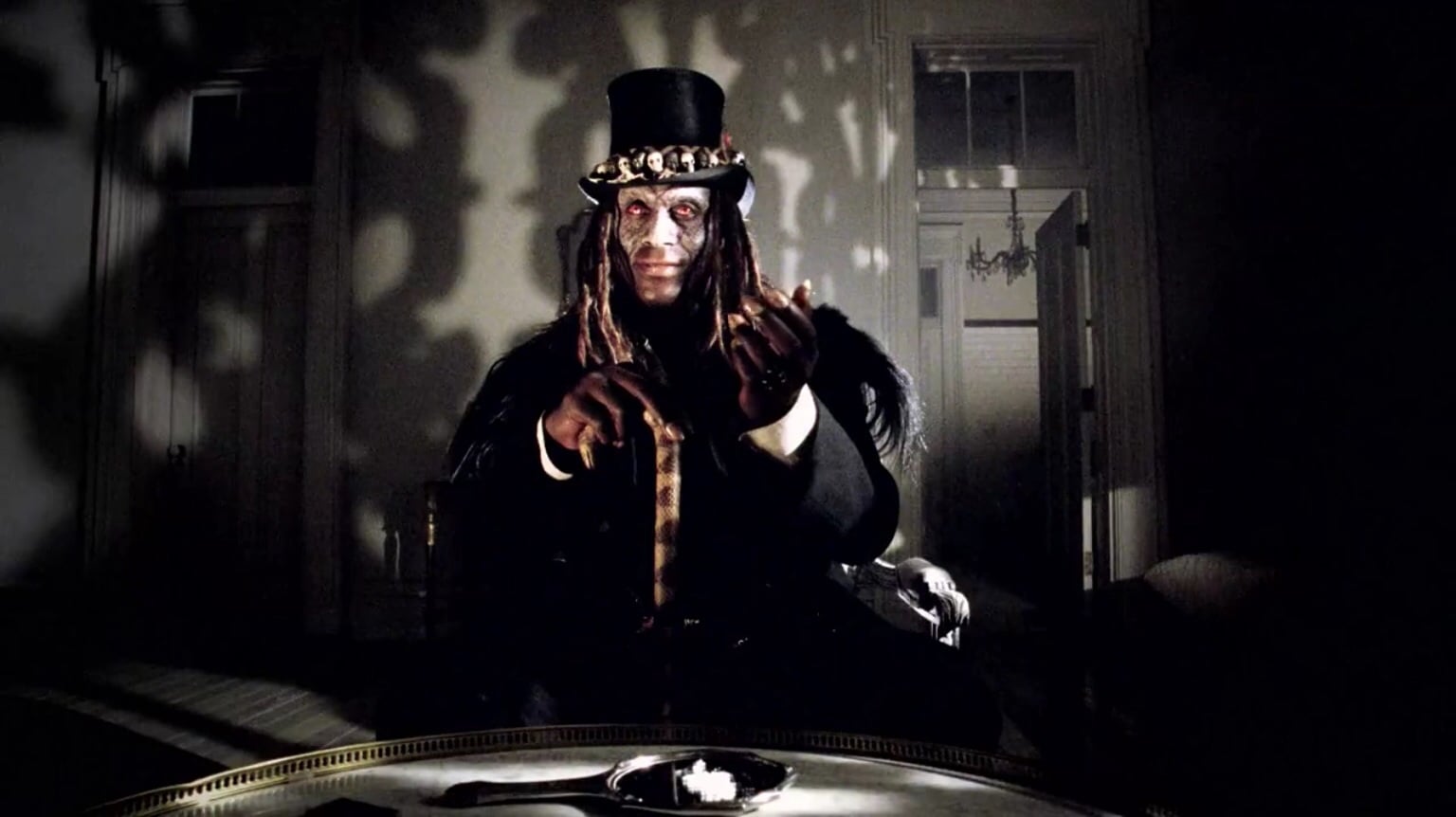 As American Horror Story: Apocalypse continues, it seems more and more like the mythology and characters of Coven are going to be the keys to however the story ends up resolving. We've already seen the return of several Coven faves, including the rescue of Queenie by the Antichrist Michael and the gradual weakening of the Supreme, Cordelia. There's a new line of mythology that has introduced warlocks and the concept of a male Supreme or "Alpha." Plus, there's a new witch on the block: Mallory, whose powers have frightened even Michael Langdon and who, some theorize, might be the linchpin to it all. There's one more Coven character who's on his way to join the apocalypse: Papa Legba.

Where You've Seen Him Before

Papa Legba first appeared as part of Coven's voodoo-tinged storyline. He's the gatekeeper of the spirit world and "collects" souls at all costs, often by making shady bargains with mortals and using his power to "teach them a lesson," as he might say. Although he does condemn some souls to their own personal hells, he also has the ability to send them to a positive afterlife. In Coven, he appears to remind voodoo priestess Marie of the bargain they had made and the souls she owed him. Fiona Goode also tries to make a bargain with him, but he refuses on the grounds that she has no soul to bargain with in the first place. He takes delight in Marie's death without fulfiling her end of the bargain and tells her that he owns her soul, but he's not pure evil: he explains the rules of the afterlife to Queenie and warns her to leave before it's unsafe. He also shows mercy on Nan, a murdered witch, and takes her to an afterlife "full of treats."

Papa Legba is based on the Loa, a shadowy spirit belonging to the Haitian voodoo tradition. Like his American Horror Story depiction, the traditional Papa Legba is an intermediary between the spirit world and humanity, where he is the arbiter of who may and may not speak to the spirits of the afterlife. AHS gave him the additional powers of being the actual gatekeeper of the afterlife and passing final judgment on souls. This is an important distinction: in Haitian voodoo lore, Papa Legba is a facilitator of communication and understanding who is viewed mostly positively, not a demon of the spiritual crossroads.

Actor Lance Reddick is no stranger to the realm of genre television, with two J.J. Abrams series under his belt. As series regular Agent Phillip Broyles on Fringe, Reddick was definitely one of the good guys. But on Lost, he played Matthew Abaddon, a sinister character whose name alluded to an angel of death — a perfect precursor to his creepy role in the AHS universe.