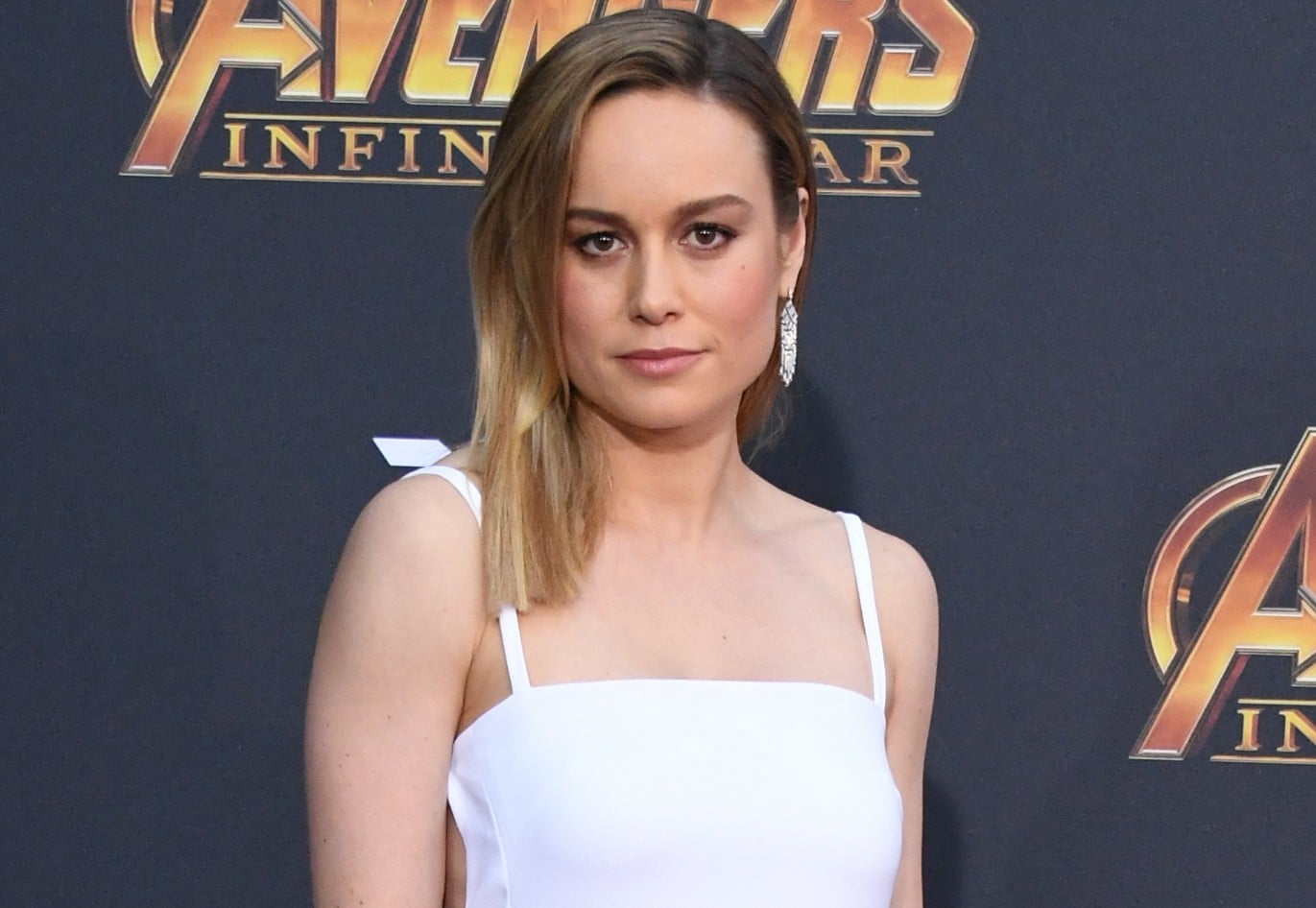 If you're like us, you're probably freaking out over that mind-boggling Avengers: Infinity War ending. Spoilers ahead: The horrifying consequences of the ending continue deep into the postcredits scene, in which Nick Fury, before rapidly disintegrating into dust, manages to send a beeper message to the one-and-only Captain Marvel, the Air Force-trained superheroine with alien DNA.

Yup, this is a setup for the upcoming Captain Marvel film, the Marvel Cinematic Universe's first female-led solo movie, which will come out mere weeks before the next Avengers project. The film's protagonist will be played by the effervescent Brie Larson, who is best known for her Academy Award-winning role in the 2015 film Room.

While it was rumoured weeks earlier, fans first officially found out about Larson's casting as Captain Marvel during a surprise announcement at Comic-Con in 2016. In a heartfelt Instagram post, the actress admitted to feeling nervous about the announcement. She also expressed her gratitude for the outpouring of love and support from fans.

"Woke up this morning thinking about the tidal wave of support I got this weekend. It was nerve-racking to trust fall into the Internet! I know who I am, but its wild how quickly you can forget once someone calls you something terrible. I was reminded how the acceptance of community is a deeply rooted need," Brie explained in her post.

Her nerves were warranted. Marvel's announcement, after all, dropped around the same time that the female-led Ghostbusters revamp came out. The new Ghostbusters film received acrimonious backlash for switching things up from its canonical male-led 1984 predecessor and "pandering" to female audiences. The success of Wonder Woman, however, has revealed how powerful and impactful a female-led superhero movie can be in modern times. Naturally, we're only expecting the same from Captain Marvel. Portraying the first female MCU film lead (who is likely to undo the fiasco of the jaw-dropping Infinity War ending), Larson inevitably carries a lot of responsibility and has been under scrutiny.

Some fans have criticised Marvel for casting Larson, 28, to portray Captain Marvel's gritty, experienced Carol Danvers, who is supposed to be in her mid-40s. In an interview with Vanity Fair, comic book writer Kelly Sue DeConnick, who popularised Captain Marvel, defended Larson's casting, saying: "She has a gravitas and she has a power to her. But you can see she also has a sense of humour and playfulness there."

"Look, we all know that Hollywood has an age problem with women. Would I like to see more women onscreen over 40? F*ck yes. Women with power as protagonists and physical heroines? F*ck yes," DeConnick said. "She [Larson] has a lot to carry. Do I wish there was a wider representation of women onscreen? I do, and I'm sure Brie does too."

Given her track record, the critically acclaimed actress is more than qualified for this challenge. Captain Marvel won't be released until March 2019, but we've been seeing Larson walk around in a sleek suit. While you agonise over the release date, Larson's Instagram (@brielarson) serves as a great source for Captain Marvel updates. Besides sharing fan art, the actress uses her account to give followers sneak peeks of her experiences on set as well as her rigorous training routine to shape up for her role in Captain Marvel and the fourth Avengers movie. In a recent picture, she stands in a fighter jet next to Brigadier General Jeannie Leavitt, who she met while researching her role.