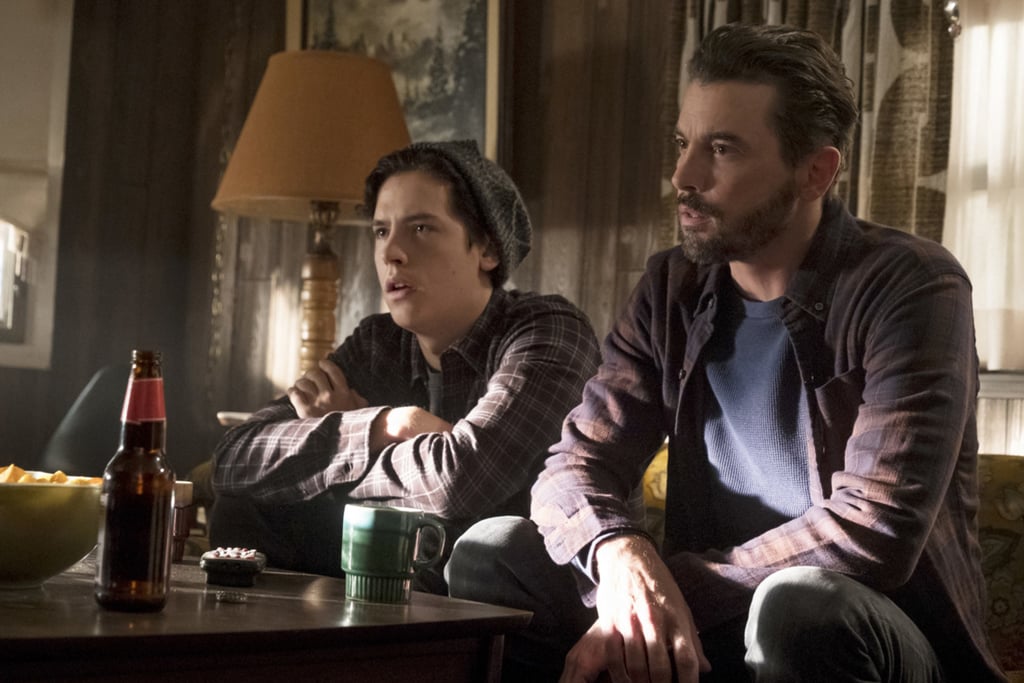 Welcome Gina Gershon and Trinity Likins to the Jones family! Since Riverdale's first season, fans have speculated over who will complete this Southside Serpent family of four. Well, guess no more — Gladys and Jellybean are coming to town.

During the CW show's panel at New York Comic Con, creator Roberto Aguirre-Sacasa revealed Gershon and Likins will take on the roles of Gladys and Jellybean "JB" Jones by the end of this year. According to Aguirre-Sacasa, Gladys will "shake things up" as she runs a chop shop and commands the attention and respect of the Serpents. Jellybean (who now goes by "JB") takes after her mom and runs her own cons, while still listening to Pink Floyd and Black Sabbath.

In an Instagram post, Gershon told fans she "grew up reading the Archie comic books" and she's psyched to be working alongside hew new "son" Cole Sprouse and costar KJ Apa. The real question is, how will we wait until the Dec. 12 episode to see Gershon and Likins in action? Hopefully the twists and turns of the upcoming season three premiere keep us fully occupied in the meantime.

Related:
Ready For Even More Drama? Here Are 8 Details We Have About Riverdale Season 3
Previous Next Start Slideshow
Cole SprouseRiverdaleTV
Around The Web