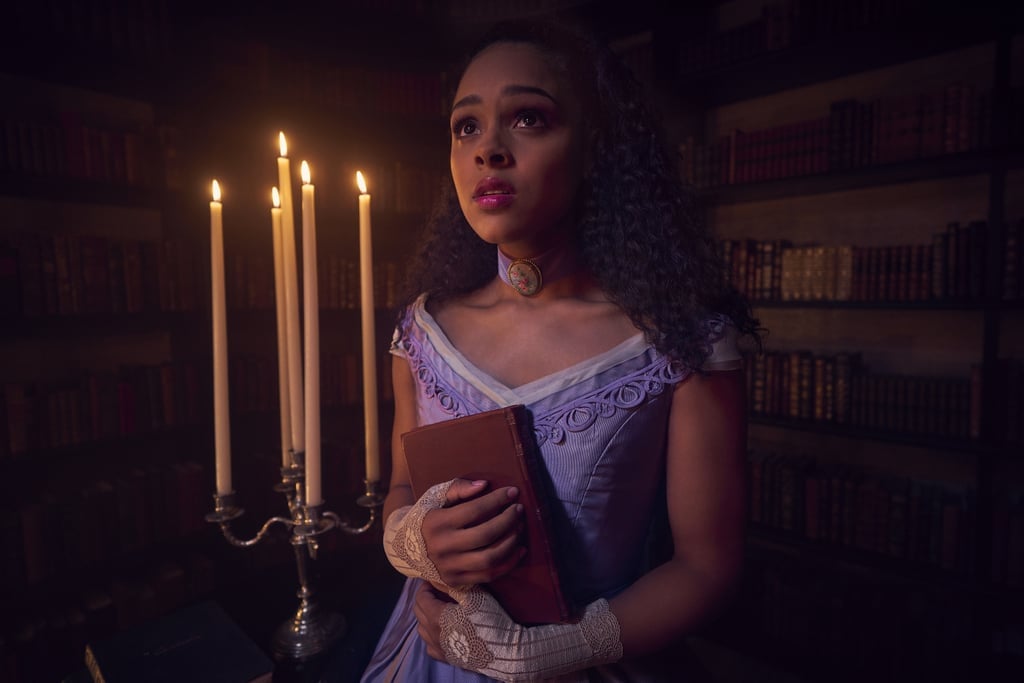 The biggest buzz surrounding the new season of American Horror Story is the huge number of returning cast members playing their characters from Murder House and Coven. But one of the most mysterious characters in American Horror Story: Apocalypse is Emily. We don't really know anything about her — not even her last name. She appears briefly in the trailer but not in a scene that gives us any clues as to who she is. Oddly enough, this mystery is sort of fitting for actress Ash Santos, who's probably not a name you've heard before.

Santos grew up in New York, and although she was interested in performing, she didn't seriously pursue it as a child. Upon moving to Salt Lake City, she began acting in indie and short films. Originally credited as Ashley Santos, she took on several smaller roles in Hallmark's Christmas rom-coms from 2015 to 2017. These included titles such as I'm Not Ready For Christmas, Broadcasting Christmas, Wrapped Up in Christmas, and Sharing Christmas.

In 2017, Santos appeared in the streaming series Relationship Status as Charlotte, one of a group of 20- and 30-somethings whose romantic exploits intertwine. The show consists of 10-minute episodes available on Verizon's Go90 streaming service rather than a traditional TV outlet, and it's probably best known as the side project of This Is Us and Gilmore Girls fave Milo Ventimiglia.

There's a theory going around that Santos's character has ties to a missing-child story from the Roanoke season, but we won't know for sure until the whole season of Apocalypse airs! Until we get to know Emily better, you can follow Ash Santos on Instagram here.