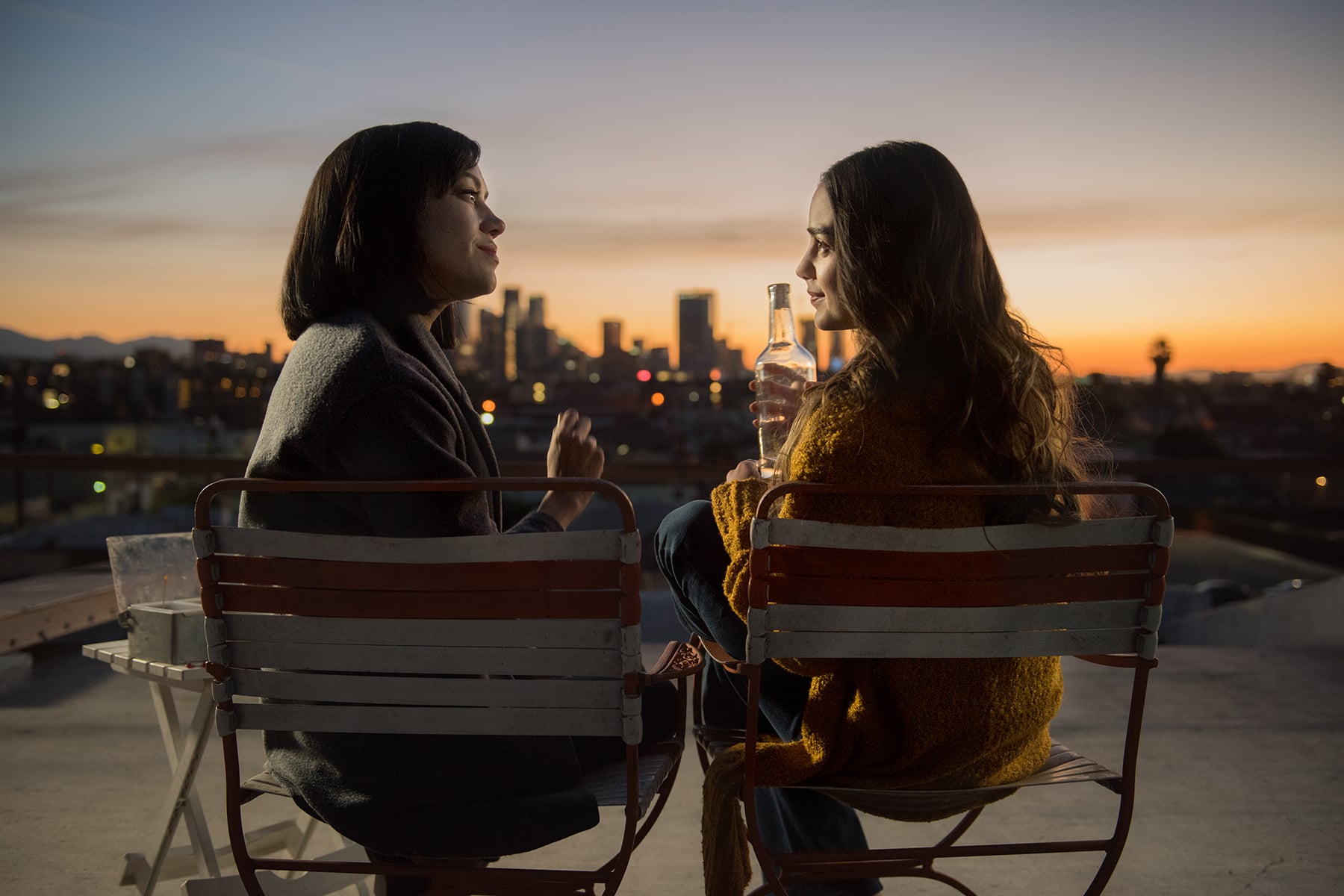 I'll admit being Mexican-American comes with some awesome perks. Delicious food is obviously one of them, but there's also the opportunity to learn a second language, something that comes in handy when spicing up (no pun intended) your résumé or when you're the only Latinx in your group of friends who can decipher a menu in Spanish. On the surface, having a dual heritage can seem like a blessing — and trust me, it is — but it can also come with some unexpected emotions.

For me, there's the stress that comes with wanting to be as connected to my Mexican heritage as I am to my home in the US where I was born. There's also the guilt I personally feel over losing some of my Spanish as I've gotten older, not to mention that feeling of being left out whenever I feel I'm not "Mexican enough" or "American enough" for my family, friends, and coworkers. If you're like me, you want to be the best of both worlds, yet getting there can sometimes be conflicting, confusing, and, in extreme cases, lonely.

On the surface, having a dual heritage can seem like a blessing — and trust me, it is — but it can also come with some unexpected emotions.

These emotions are the driving force behind Starz's new show Vida, which carefully addresses this middle ground that many first-gen, second-gen, or any-gen kids are in, specifically young Mexican-Americans. Vida follows sisters Emma (Mishel Prada) and Lyn (Melissa Barrera) as they return to their predominantly Latinx home in East LA to bury their mother, Vidalia, who unexpectedly passes away in her apartment complex. Emma and Lyn are second-generation Mexican-Americans who have trouble identifying with their Mexican roots and the lives they left behind; Emma downright doesn't want to be back, and while Lyn plays up her Mexican heritage by flirtatiously rolling her r's in front of Caucasian men, she also seems disconnected from the neighbourhood she grew up in.

Prada and Barrera, who recently sat down with me for an interview, have both experienced the conflicting yet defining emotions that come with growing up as a young Mexican-American and Mexican woman living in the US (Barrera was born in Monterrey, Mexico, and has lived in between LA and Mexico since moving to New York for college). It's one of the reasons Prada signed up for the show and is something she herself has dealt with IRL.

"There's this spectrum, and then there's days where you feel super Latina and days when you feel super American," Prada said. "[Our] parents are from somewhere else, so we still feel connected to that country, but are we from that country? And then we're from here, but then do we belong here?" Prada went on to explain an experience when she was scolded by a stranger for speaking Spanish at a grocery store. The customer told her, "This is America — speak English." The comment stumped her.

"You're just like [thinking to yourself], 'I actually speak English perfectly, but I was speaking Spanish because that's what made sense at the moment,'" she said. 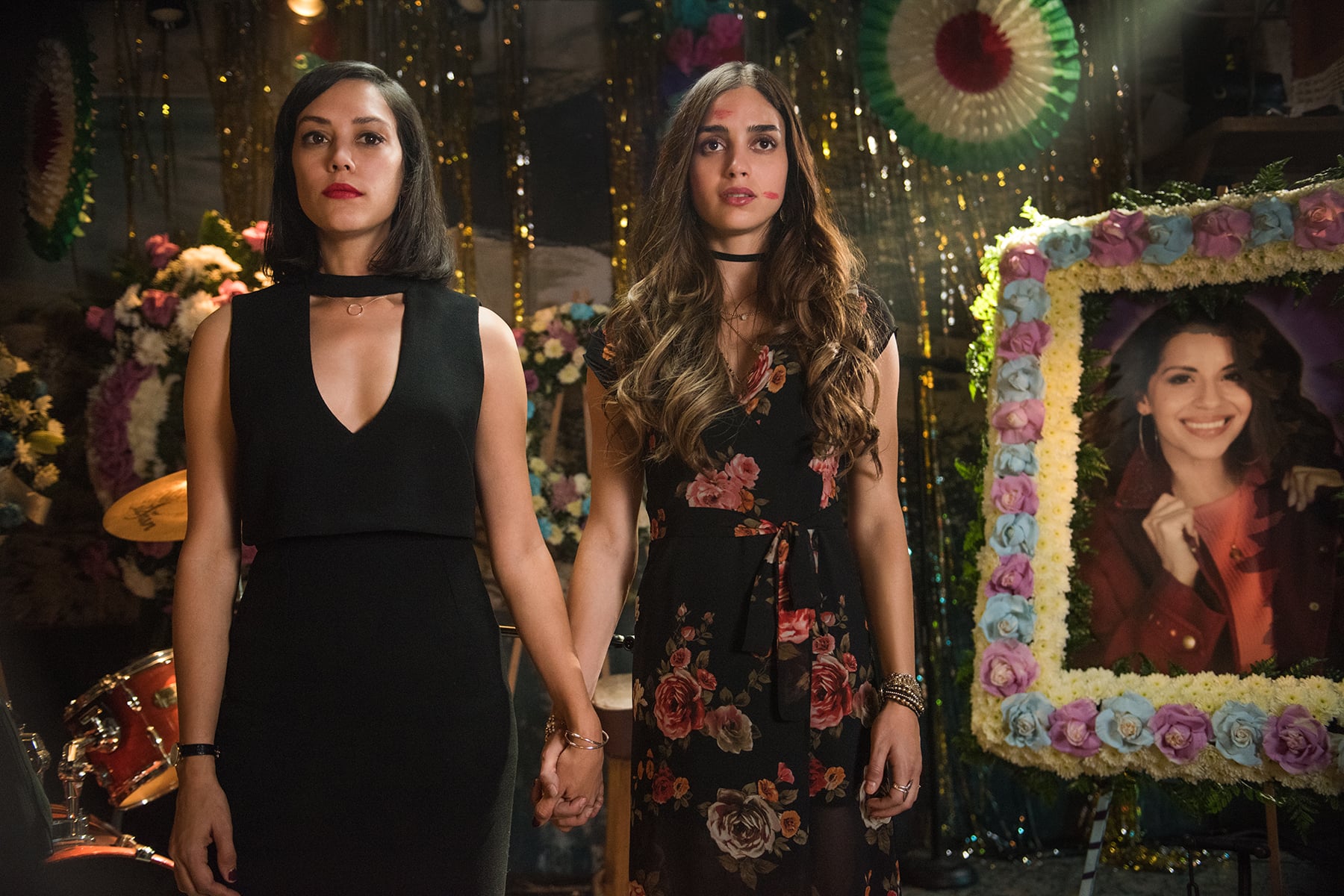 Navigating life as a child or grandchild of immigrants is a major theme in Vida, especially in the lives of its characters. Emma and Lyn are sometimes put down by other people who claim they're "whitewashed" or "gringas." Community members criticize Emma for being stuck up because she left the neighbourhood to live in Chicago, while Lyn has a reputation for playing up her Mexican culture whenever it suits her, among other misdeeds. For instance, in one episode, Lyn insists she's working on a line of Aztec-inspired lotions, and while at a party where the guests are mostly all white, she receives compliments for her "Frida brows."

"It's her playing up her foreignness to her friends," Barrera said of her character. "She wants to be the centre of attention. She needs the love and she needs people to like her because that's how she gives value to herself."

Vida is a love letter to young Latinx people and their unique cultural upbringing.

Barrera, who is best known for starring in Mexican telenovelas, said that moving to the US to attend NYU was eye-opening. She admits she never really thought of herself as a minority but was drawn to other Latinxs and people of colour at her school. It wasn't until one of her classmates pointed out that their group of friends were all people of colour that Barrera realised she wasn't like everyone else. Having grown up learning English and vacationing in the US as a child, Barrera adopted both Mexico and the US as her homes.

"It's like a limbo that you are constantly battling between because you feel you're stuck between two cultures," she explained.

The show tackles the drawbacks some young Latinxs feel, and it also celebrates the beauty and uniqueness of having a dual heritage. Vida's characters speak Spanglish constantly, and the music selection is a mix of classic songs in Spanish with modern beats by Latinx artists like Jarina De Marco. In one episode, Emma orders a "dirty Frida" at a Latinx bar that plays both cumbia and more current Spanish pop. She and her new Latinx friends, all presumably in their 20s and early 30s, sit and chat in both Spanish and English before making their way to the dance floor, where they get down to songs their parents more than likely danced to growing up.

Vida is a love letter to young Latinx people and their unique cultural upbringing. The show will inspire you to go to your nearest Latinx bar with your Latinx friends and celebrate your equal love for Vicente Fernández and Beyoncé. Like I said: the best of both worlds.