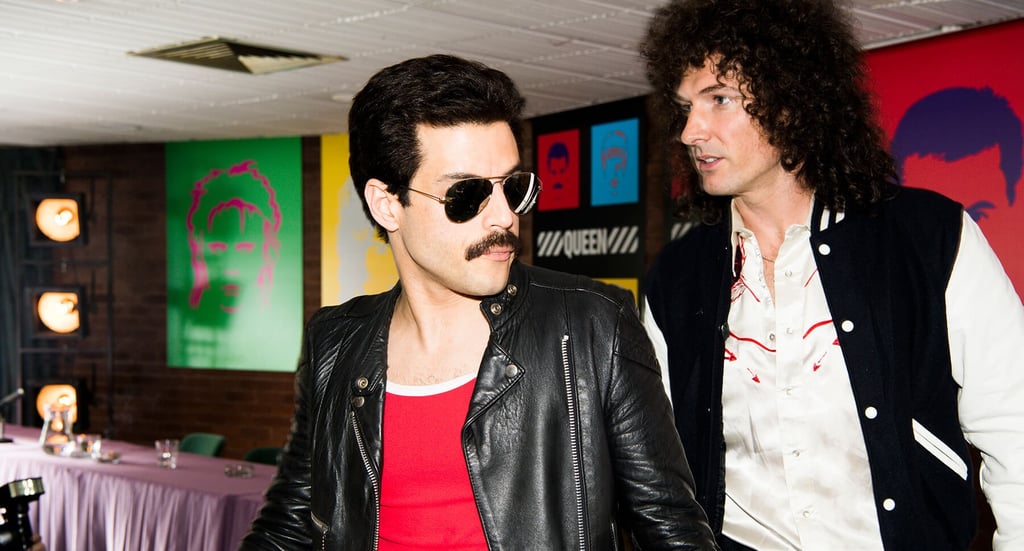 Rami Malek's Impressive Career Before Bohemian Rhapsody Will Rock You

Paying homage to rock legend Freddie Mercury's life, the upcoming biopic Bohemian Rhapsody stars many of the biggest names in the English movie industry, including Lucy Boynton and Tom Hollander. Its leading man, Rami Malek, is American, but he's certainly somebody to love — critics are already dazzled by his performance as the Queen frontman. This likely isn't the first time you've seen him, though — Malek has held a wide range of roles in movies and TV shows over the last 14 years, including many box office and primetime hits.

Born to Egyptian immigrants, the young actor grew up in Los Angeles. He attended Notre Dame High School, where his colleagues included The O.C.'s Rachel Bilson and the original Spider-Man's Kirsten Dunst. After graduating from college in 2003, Malek's ascent in Hollywood as the leading man has been slow and steady.

Before his major roles, the actor was probably a constant presence on your TV set whether or not you noticed. Known in both the TV and movie world, he made his first on-screen debut in Gilmore Girls, playing one of Lane Kim's Seventh-day Adventist friends. Malek then snagged the supporting role as the teenager Kenny Al-Bahir in the short-lived Fox sitcom The War at Home from 2005 to 2007. Following the show, his career took a turn toward minor parts in action thriller series such as 24 and Alcatraz.

TV fans probably best know him in his breakthrough role as Elliot Alderson, a hacker with social anxiety on Mr. Robot. The thriller show became a pivotal point in Malek's career. He's received Golden Globe and SAG nominations for this portrayal, and eventually seized an Emmy win in 2016. The most recent season of Bojack Horseman also features his voice as the neurotic screenwriter Flip McVicker.

Malek's film work includes many supporting parts in blockbusters such as Larry Crowne, Breaking Dawn, and Battleship — though we loved him most in the 2013 indie flick Short Term 12. He's probably made you laugh a couple of times in his goofy recurring role as Pharaoh Ahkmenrah in the Night at the Museum trilogy. His first leading part was in the 2016 film Buster's Mal Heart, in which he plays a family breadwinner turned mountain man. And right before Bohemian Rhapsody, he co-starred with Charlie Hunnam in the drama Papillon, portraying real-life convict Louis Dega.

Undoubtedly, Malek will remain a relevant, shining presence on screen, be it on primetime or at the movies. Look ahead for a few of his most celebrated roles throughout his acting trajectory!

by Amanda Prahl 1 hour ago