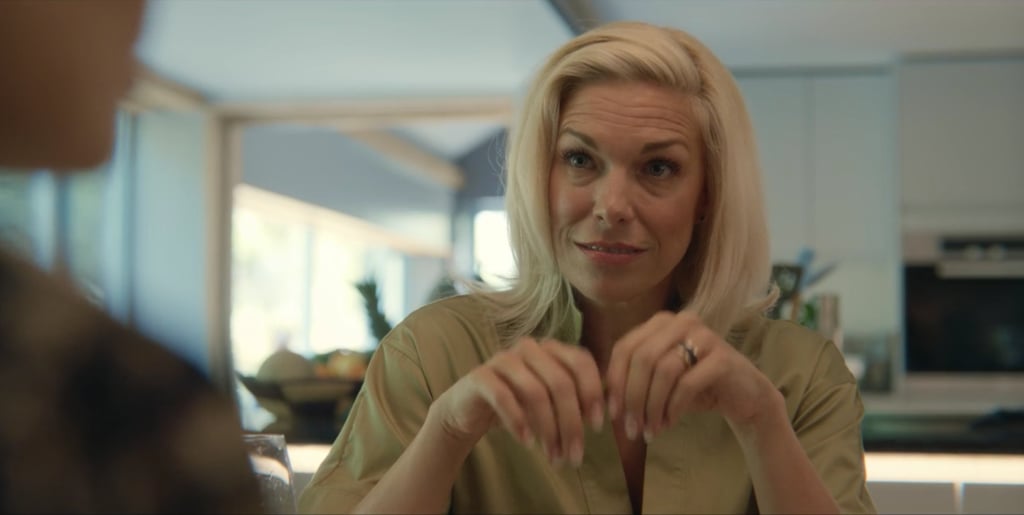 Sex Education: It's a Damn "Shame" If You Don't Recognise 1 of Jackson's Mums

Have you ever been in the middle of a movie or TV show when — WHABAM! — you're struck with the realisation that you recognise one of the characters from another project, but you can't quite put your finger on it? This all-too-familiar scenario recently unfolded for the zillionth time while I was binge-watching Sex Education on Netflix, along with the rest of the world.

During the third episode of the British series's first season, we're introduced to Sofia Marchetti, one of Jackson's mothers. She's a strict, no-bullsh*t blondie who pushes her son to reach his fullest potential on the high school swimming team — even if it means meeting curfew on his prom night just so he can wake up early to train. As soon as I caught a glimpse of Sofia's unmissable green eyes, I knew I'd seen them before, only last time, they were framed by a grey, draped veil.

Related:
The Sex Education Soundtrack Will Totally School You on the Best Music of the '80s and '90s

Are any bells ringing yet? . . . no? OK, I'll just tell you already: The actress who portrays Sofia, Hannah Waddingham, also plays the role of Septa Unella, aka the bell-ringing, habit-wearing nun in Game of Thrones. Ya know, she's the one who repeatedly yells "Shame!" while walking behind a naked Cersei Lannister in quite possibly one of the most meme-worthy scenes of the HBO series.

Yep, my mind is blown, too. Keep reading to check out more photos of Waddington in character as both Sofia and Unella to see just how versatile she really is as an actress. Here's to hoping there's a second season of Sex Education so we can catch more glimpses of Unella — er, Sophia — in action.