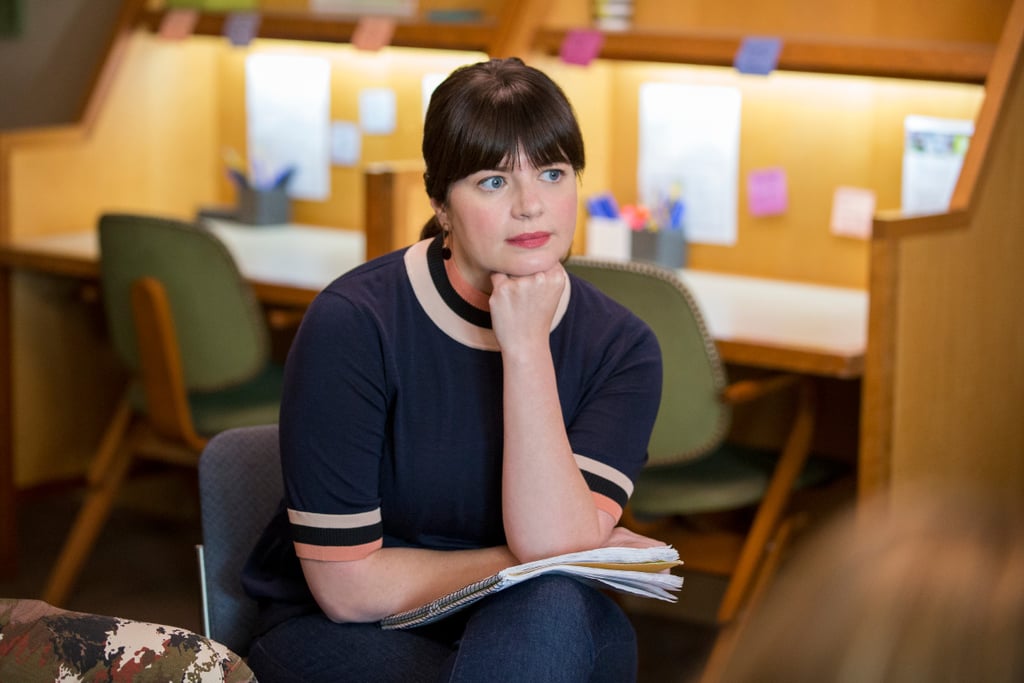 You Definitely Recognise This Atypical Actress From Tons of Shows

We've been fans of Atypical since it aired its first season that focussed on the dating life of 18-year-old autistic teenager Sam Gardner. It's one of our favourite teen dramas, and we're so glad it was renewed. The show just debuted its second season on Netflix, and the plot lines continue to push envelopes and tug at heartstrings.

The stellar cast is nothing short of impressive, with Keir Gilchrist starring as Sam, '80s icon Jennifer Jason Leigh (Fast Times of Ridgemont High) starring as Sam's mother, and Michael Rapaport (Friends) playing Sam's father. But while we were marathon-watching the latest season, we couldn't help but notice a familiar face playing new character Ms. Whitaker. Casey Wilson has been in the film and television game for years now, so even if you couldn't place her face, you've likely been a fan of her work for quite some time.

Wilson grew up in Virginia, and caught the acting bug after her father took her to the New York City production of Cats. After she studied acting at the famed Tisch School of the Arts, Wilson began working in a two-woman sketch show at the Upright Citizens Brigade. The duo was eventually picked up to write Bride Wars in 2005.

Come 2006, Wilson had her first major acting role in a Christopher Guest film called For Your Consideration. After that, she played Charity in The Great Buck Howard, and in Julie and Julia she played Regina. 2012 brought with it a notable role in The Guilt Trip, and in 2013, she played Martha in the comedy film C.O.G., which starred Jonathan Groff. In 2014, she played Amy Dunne's neighbour Noelle Hawthorne in Gone Girl (yes, the character who had her urine stolen for Amy's fake pregnancy test), and in 2015, she portrayed Kate Lanley in The Breakup Girl.

Television-wise, Wilson has made a name for herself on Saturday Night Live. She joined the cast in 2008, and worked on the show for two seasons making us die of laughter playing characters like Dusty Velvet. In 2011, she began working on ABC comedy series Happy Endings, a role that earned her a nomination for best supporting actress in a comedy series at the Critics' Choice Television Awards. She also gave us comedic gold playing Tawny St. John and Jennifer Beudon on Hulu's parody series The Hotwives of Orlando (seriously, check this out if you haven't).

It looks like Wilson's career has no plans to slow down, either. In 2018, she will voice a character on Family Guy, play Lexi Anne in the television reboot of Heathers, act as Dr. Hazel Hauck on Gods of Medicine, and play Tiff in Black Monday, a television series starring Don Cheadle, Regina Hall, Andrew Rannells, and Paul Scheer.

Keep reading for some of her best roles.