If you haven't watched The Kissing Booth on Netflix yet, then run, don't walk to your nearest streaming device and queue up this modern masterpiece of teen melodrama immediately.

OK, now that you've seen it, you probably have a lot of questions, like is the actor who plays Noah the tallest man on the planet? Why am I obsessed with this weird movie? And who is that random bad guy who appears only to make trouble before slinking back into the shadows of the world's largest high school beach party? If that last question is your most pressing one, then you're in luck, because the actor who plays Warren in The Kissing Booth is Byron Langley.

Langley is a 24-year-old actor, model, and YouTuber. He even has his own channel, where he filmed a vlog of himself reacting to his role in The Kissing Booth, so that's definitely something you need to check out:

The first thing you may notice is that while his character is less than charming, the actor is British and not at all Warren-like. At the moment, he's not even rocking the shaggy hair of his bro character. In addition to vlogging, Langley also shares videos of original songs, and he's active on Twitter and Instagram.

The Kissing Booth aside, Langley's list of credits is fairly short, but if you loved the private school setting of the Netflix film, then the actor is in a trilogy of movies you need to see. From 2010-2014, the actor starred in a series of films called Spud. 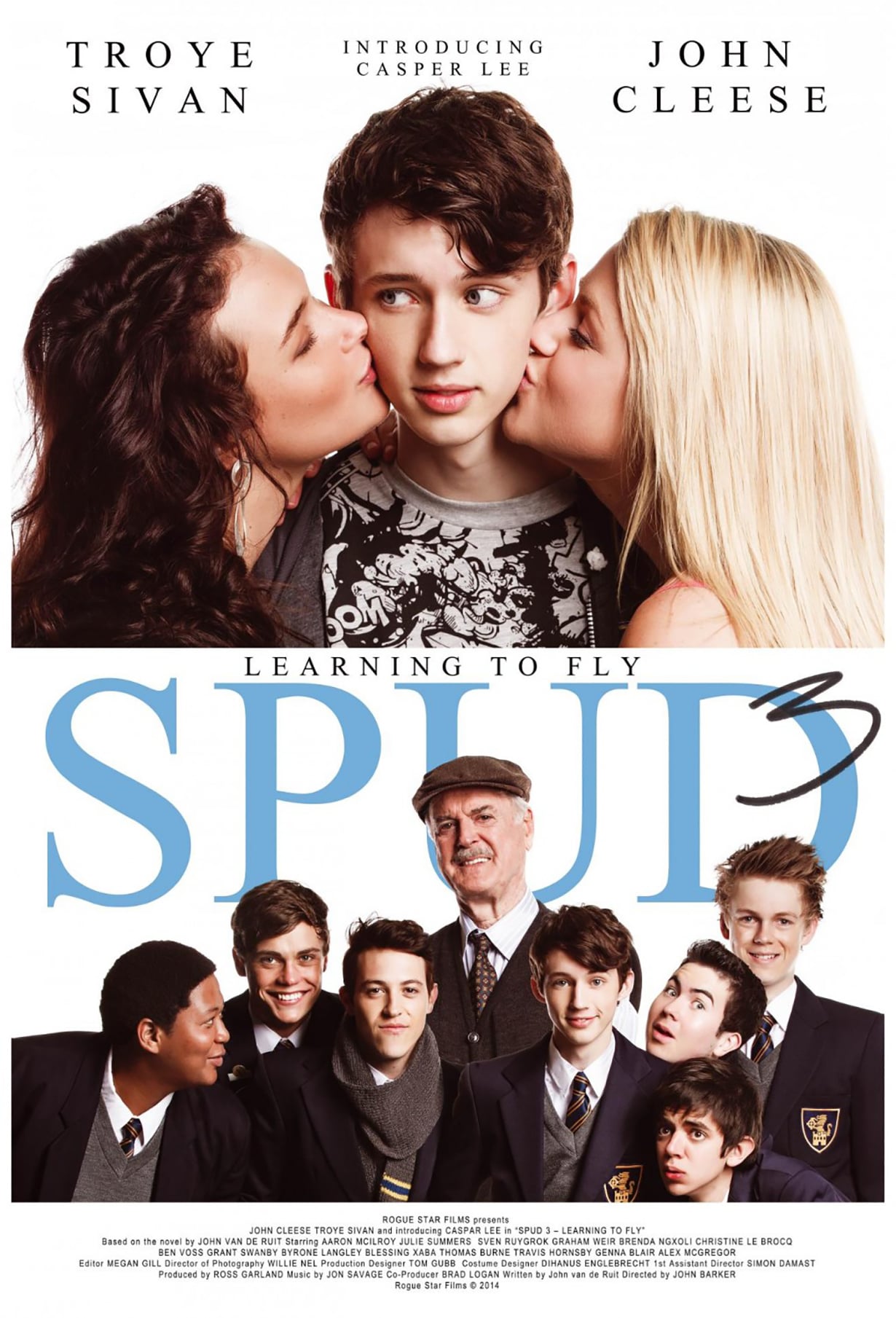 The movies follow the adventures of a group of boys at an elite boarding school in Kwazulu-Natal, South Africa, during the early '90s. Langley, second from bottom left on the poster above, stars as Simon Brown, a sporty kid with a love for cricket. (This is a love that Langley shares with his character, according to his 2013 interview with News24.) Recently, he also had a small role in The Dating Game Killer, a fact-based, made-for-TV movie about a serial killer who appeared on The Dating Game.

Despite his role in The Kissing Booth being a small one, Langley is no doubt officially on your radar now. Here's hoping his next role is as the romantic lead, rather than the bad guy who gets pummelled.