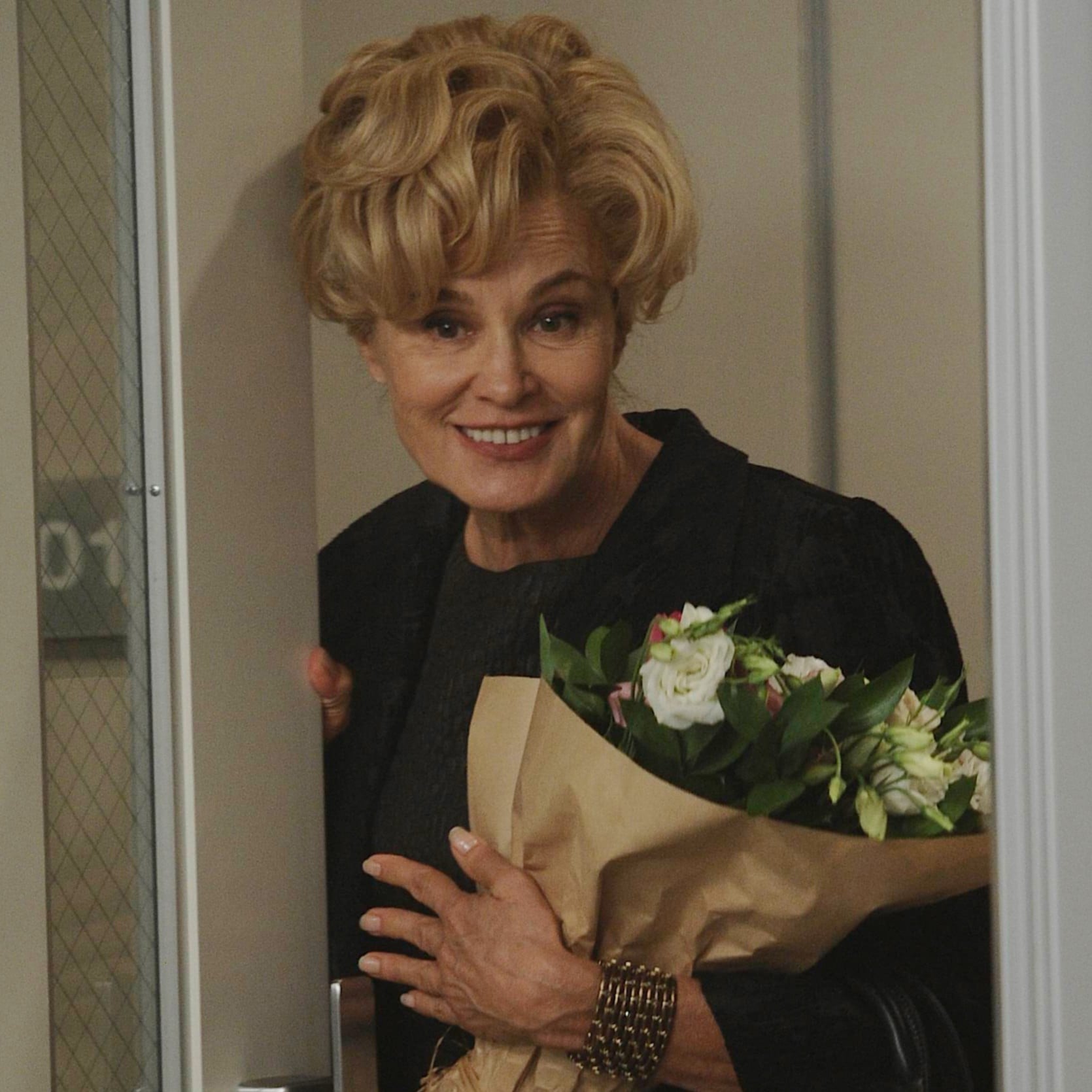 This week marked the American Horror Story moment we've all been waiting for! We finally returned to the Murder House and reunited with some key original players: Connie Britton returned as Vivien, Taissa Farmiga reappeared as Violet, Dylan McDermott reemerged as Ben, and our departed queen, Jessica Lange, seamlessly rejoined as Constance Langdon. While it was great just to see all our old faves on screen, there was plenty of unfinished business to attend to. The episode was a service in many ways: Moira finally got her happy ending, and Tate was finally able to reconcile with Violet. And though you may have missed it, we actually got the answer to a burning question that's been hanging in the air for seven years: who the hell is Constance Langdon's fourth child?

As a refresher, Constance mentions being the mother of four children in Murder House, but we only actually meet three in the first season. From the get-go, we know Adelaide Langdon is Constance's daughter. She's the last living child in the Langdon family and lives with her mother in the house next door. As season one unspools, we meet Beau, a deformed young man who Constance locks away in the attic because she's ashamed. She later convinces Larry (Denis O'Hare) to put Beau out of his misery. Finally, we learn the big twist: that Tate is also a child of Constance; he's her evil sociopath son who shot up his school before the police killed him . . . in the Murder House of course. His ghost has wandered the halls ever since.

Back in season one, that was it. We never met Constance's fourth child, and it was always kind of a head-scratcher for fans. Luckily, the return to the Murder House in Apocalypse has afforded AHS the opportunity to clear the air. It turns out Constance's fourth is another daughter, a little girl who can't be more than 10 years old. Oh, and she doesn't have any eyes, apparently. It's a spooky moment, when her daughter beckons her away with those haunting empty sockets to have a tea party. Unfortunately, that's about all we get from the episode: that Constance had a daughter who somehow died at a young age in the infamous Murder House. We don't get any backstory, but maybe the fact that we've met her is enough.

We also know her name, thanks to a tweet from Ryan Murphy. It's Rose. Maybe in another seven years, we'll find out where her eyes have gone.