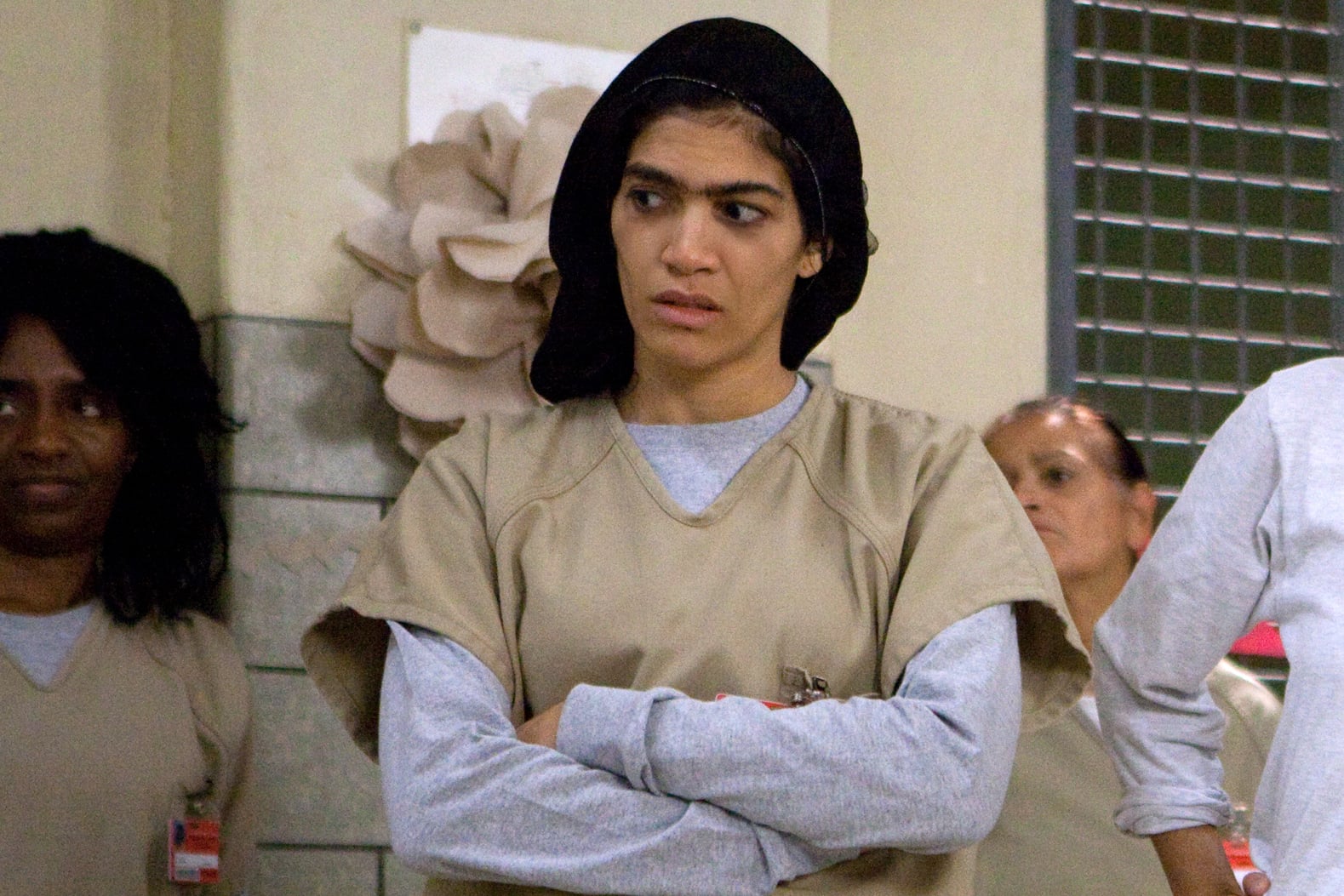 Blanca Flores has always been one of the most fascinating and mysterious characters on Orange Is the New Black. Between her signature unibrow (actress Laura Gómez looks very different in real life), gruff demeanour, and clandestine phone calls to the mysterious "Diablo," Blanca has always captivated our attention whenever she appears on screen. In "Turn Table Turn," episode nine of season four, we finally get to see her backstory.

In the years before Litchfield, Blanca worked as a live-in maid for a very controlling old woman named Millie. Millie was so specific, she even insisted Blanca heat her food on the stove instead of microwaving it, because the taste was "different." When a hot new gardener named "Diablo" captured Blanca's attention, Millie quickly fired him because she didn't want to deal with their romance.

To get revenge, Blanca had loud, vigorous sex with Diablo in Millie's room, frightening the old woman so badly, she never tried to control Blanca again. We aren't sure whether this event had something to do with Blanca's incarceration, but we certainly hope that we learn more of Blanca and Diablo's story in season five. We just know it's a juicy one! In case you've forgotten, here's how each of Blanca's peers ended up behind bars.