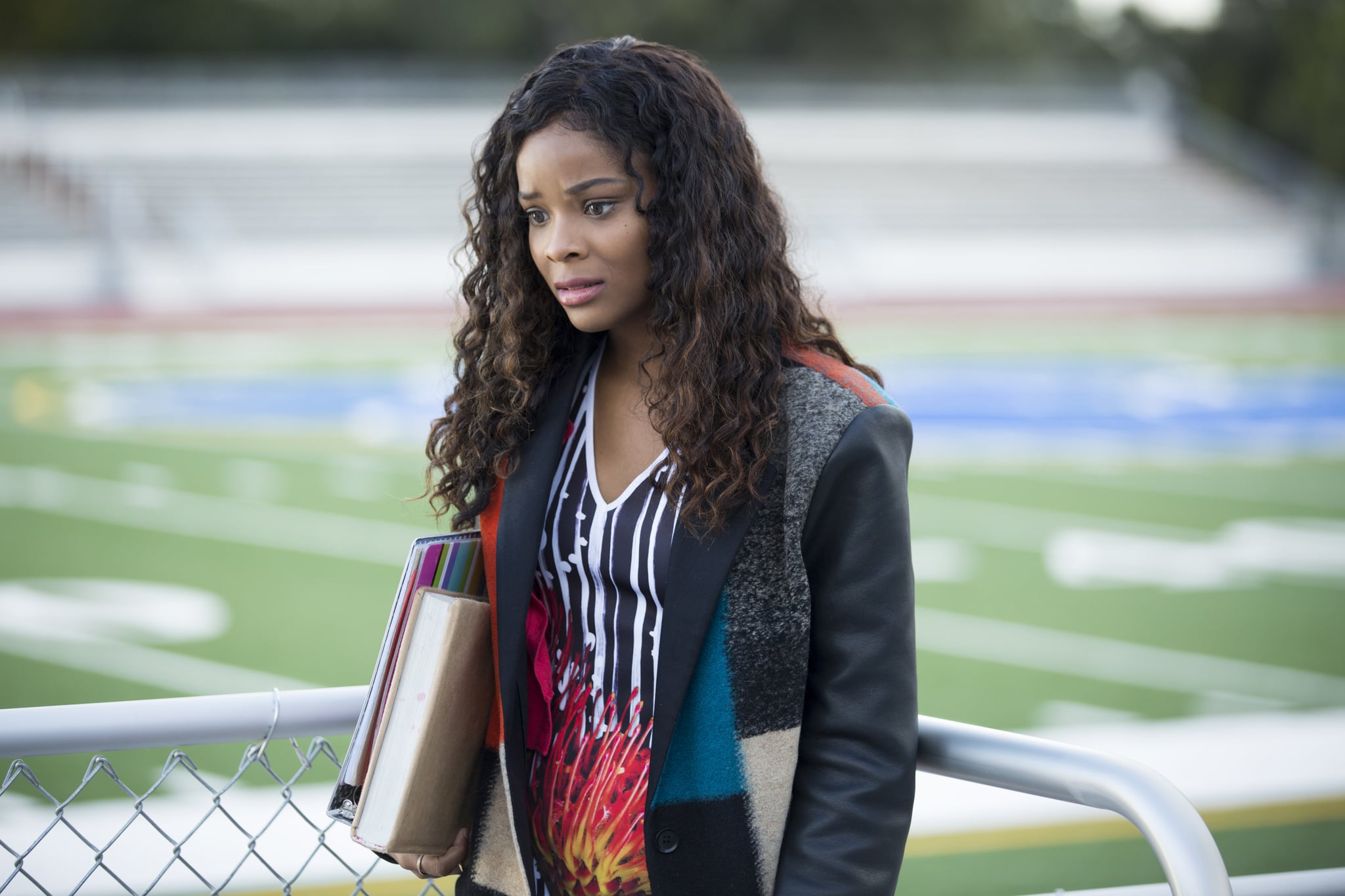 Sheri Holland doesn't receive her own episode in the second season of 13 Reasons Why. Instead, she acts as a sounding board for those characters who grapple with facing the truth, just as she learns to do in season one. When we last see Sheri, she decides to call 911 and confess her role in Jeff Atkins's death. We don't get much of her after that call, except for a brief image of her visiting the site of the downed stop sign with tears in her eyes.

But a lot happens to Sheri in the five months after Jeff's accident — that much is obvious from her clothes and attitude — and a much tougher facade replaces the preppy cheer captain. Why is that? The answer is simple: Sheri spends time in a juvenile detention centre for her initial failure to report the broken stop sign that causes Jeff's crash.

This fact first becomes clear during her meeting with Mr. Porter in the second episode of season two. He tells her only 50 percent of her credits will transfer over from detention just before Sheri calls him out on his lack of concern for the students at Liberty High.

But what exactly did Sheri do to deserve this punishment? That's a little more complicated. In the 10th episode of the first season, Clay Jensen listens to Sheri's tape and confronts her about failing to report the broken sign. Instead of going to the police on his own, he encourages her to tell the truth to the people she affected most — Jeff's family and Mr. Cantrell, the man in the other car.

So Clay agrees to meet Sheri after school at a special address that turns out to be the home of the Cantrells, who Sheri has been helping since the accident. In the conversation that follows, Sheri explains that she initially went to their home to confess but couldn't get a word out. Instead, she chose to befriend them and help around the house. While Clay sees the value in what she's done, he insists she tell the truth because "every day hurts." Sheri counters with a powerful statement: "It's my secret, not yours."

Clay disagrees, and by the end of the episode, we see him at the Atkins home. He then mentions a friend who couldn't come, and the audience knows he's talking about Sheri. Nevertheless, he honours her wishes and doesn't divulge her name. He does, however, reveal that he had been the first person on the scene, that the broken stop sign had caused Jeff's accident, and that Jeff hadn't been drinking. Basically, Clay gives the Atkins family the closure they need while maintaining Sheri's secret.

And yet, the secret slowly consumes Sheri. By the final episode of the season, Sheri seems ready to face reality and confess to Mr. Porter, but she gets nervous and changes the subject. It's not until she sees her classmates at Monet's attempting to bury the truth about Hannah Baker and the wrongdoings at Liberty High that she decides to do the right thing and turn herself over to the authorities.

While some may argue Clay's admission to the Atkins family put pressure on Sheri and would have eventually resulted in someone discovering her secret, we'd like to think she found the truth on her own.