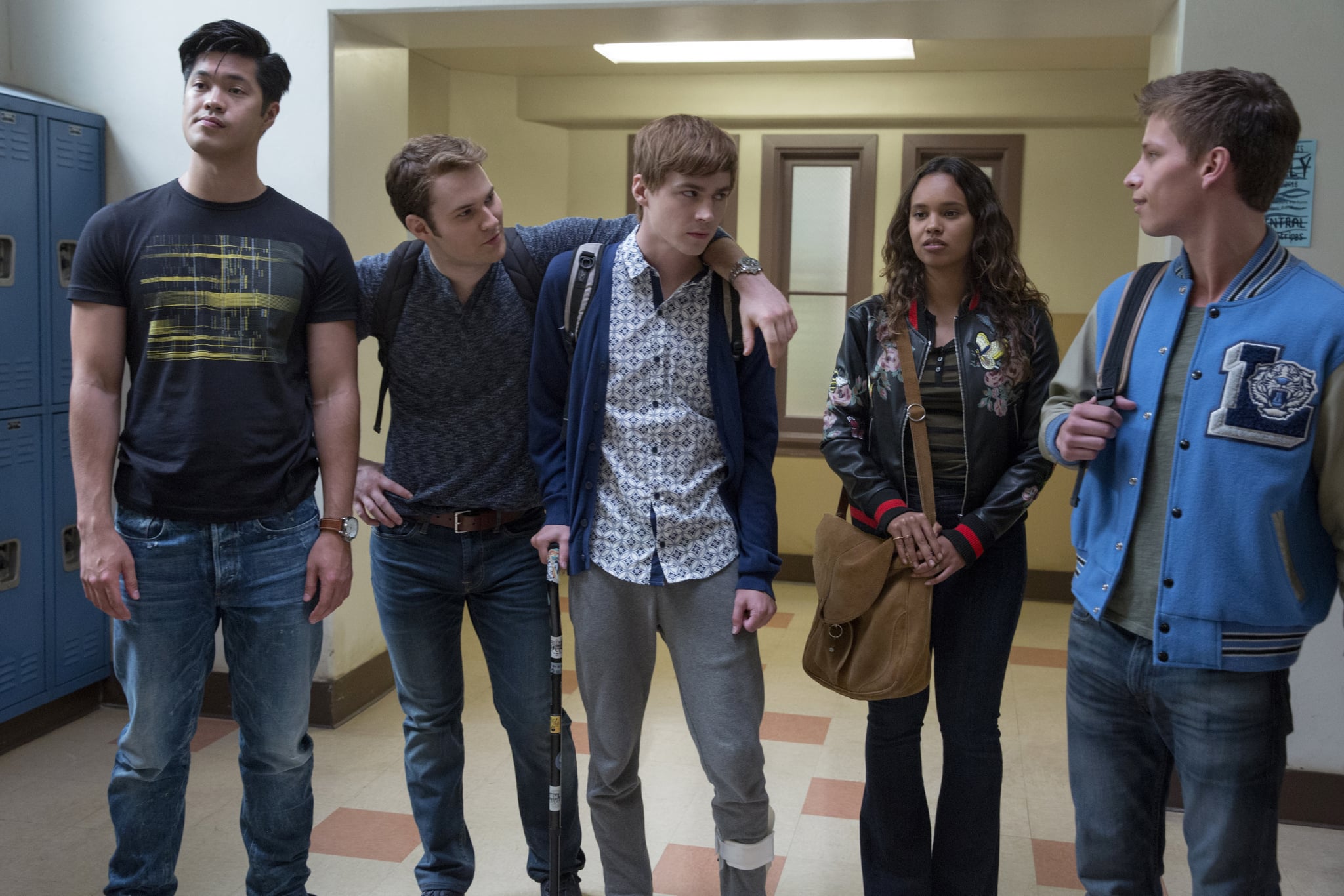 The entire cast returns for the second season of 13 Reasons Why, including Alex Standall. Alex ended the first season in critical condition due to a self-inflicted gunshot wound to the head.

If you're confused as to how he survives the ordeal, consider the explanation Alex gives Tyler Down in the first episode of the second season: "Yeah, I had never shot that kind of gun before, so it was heavier than the other ones, and I flinched. And the bullet went up, and then in and out of my skull and into the wall. That's what they told me."

According to Dr. Keith Black, chairman of neurosurgery at Cedars-Sinai Medical centre in Los Angeles, the survival rate for a person receiving trauma to the brain depends on which areas are damaged, the velocity of the bullet, and whether the bullet remains in the brain. He also indicates that if the bullet successfully passes through the brain avoiding areas of higher function — like the cerebellum, which controls balance and muscle coordination — the effects of the damage are often less severe than when a bullet that remains lodged.

"The brain is somewhat redundant," Black says, "it can sometimes tolerate losing one half." Meaning, if damage occurs on one side of the brain but the other half remains intact, the victim has a greater chance of survival than if the brain contains damage throughout.

So while we're no scientists, it sounds like the wound Alex describes is one that would allow him to recover from the injury to a certain degree, depending on where the bullet entered and exited his skull. If his use of a cane is any indication, the bullet probably grazed a portion of his cerebellum, which would explain why he seems to have lost the use of his left side.

Whatever the case, we're stoked to have Alex back and glad he's committed to making amends.