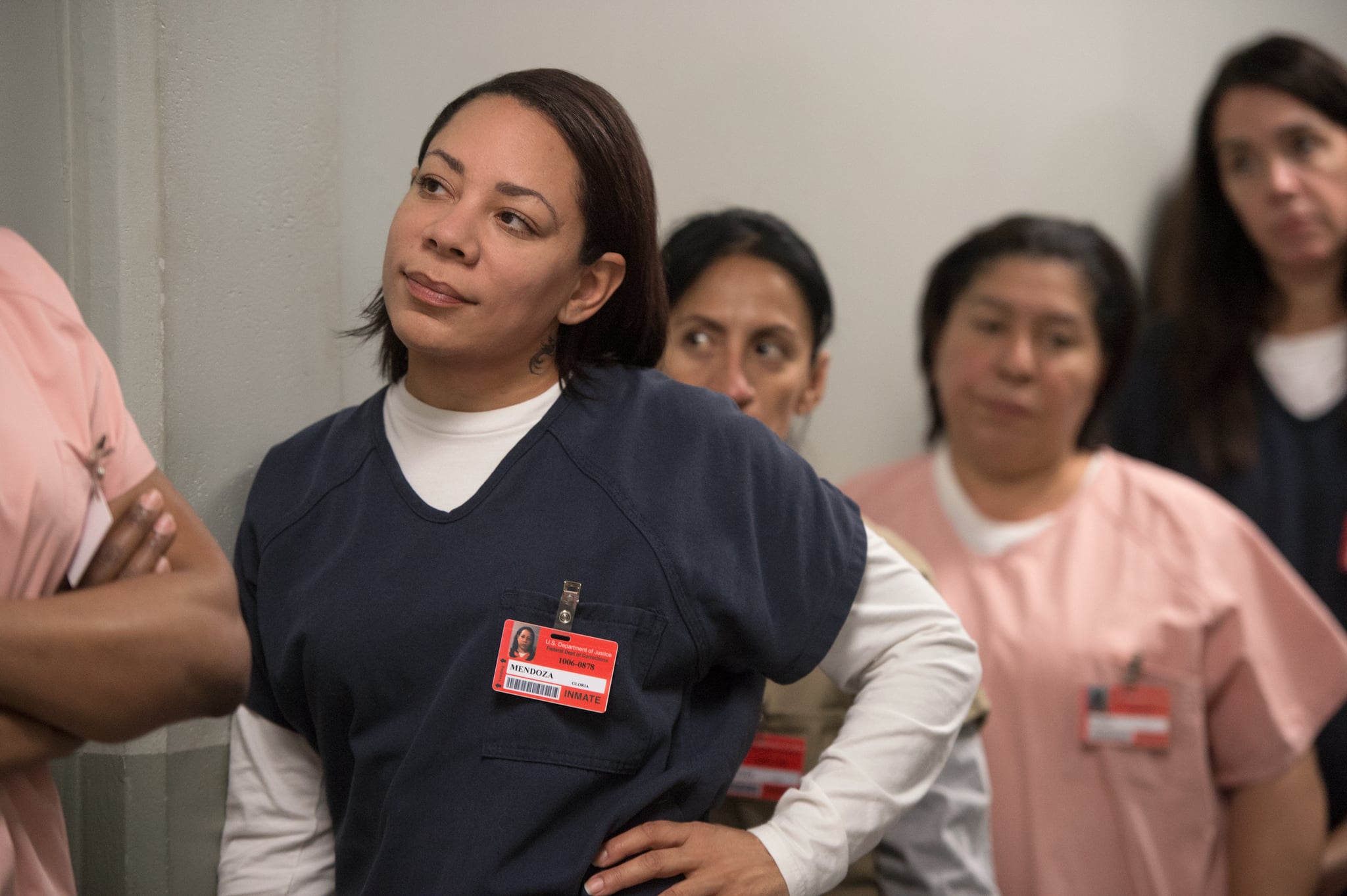 The riot that overtakes Litchfield in Orange Is The New Black's fifth season caused plenty of rifts among otherwise agreeable inmates. One of the new (but long-brewing) feuds is between Gloria and Maria, who end up in a tragic disagreement because they both want to see their children. Not sure you remember all the details? Read on.

During the riot, Gloria learns that her son, Benny, has been attacked by a gang and is unconscious in an intensive care unit. Gloria goes to Caputo, who's being held captive in a Porta Potty, aka "the Poo," and asks if there's anything she can do to increase her chances of being granted furlough to see Benny. Caputo tells her to use his office phone to contact MCC officials. She does, and she's told that she may be able to see her son if she frees the guards who are being held hostage.

After Gloria brings the hostages to the Poo, so that she can help them escape through the fence, Maria overhears Gloria talking to Benny, and she learns of Gloria's plan to free the hostages. Maria supports Gloria, at least to her face. But then she backstabs her and sabotages the plan, freeing the hostages herself through a hole in the fence.

Maria tells Nita, the governor's office rep who's been sent to Litchfield, that she's the one who freed the hostages, thinking it could get her some time off her sentence, so she could see her own baby daughter soon. It doesn't, though, which means she essentially started the feud with Gloria for nothing. Fortunately, Benny is okay, but the rift between these two is far from over.

Spoilers ahead for season six.

In the beginning of the second episode of season six, we learn that the governor's office and the federal investigators want a handful of inmates to be named the "riot leaders." These women will be given harsher sentences — the investigators tell Gloria she could face a whole 10 years added to her sentence. She tells them she was trying to help the guards escape, but they say Maria is the one who did that. Still angry over Maria stealing her plan, Gloria tells them that Maria had started the entire riot, and that it was "premeditated."

During Maria's testimony, meanwhile, she tells the investigators that Gloria tried to stop her from freeing the hostages. At Gloria's suggestion, Blanca also blames Maria during her testimony. As the season progresses, things only get worse for Maria and Gloria from there — someone tries to kill Maria, while Gloria ends up in the SHU. It doesn't look like these two will make up anytime soon.