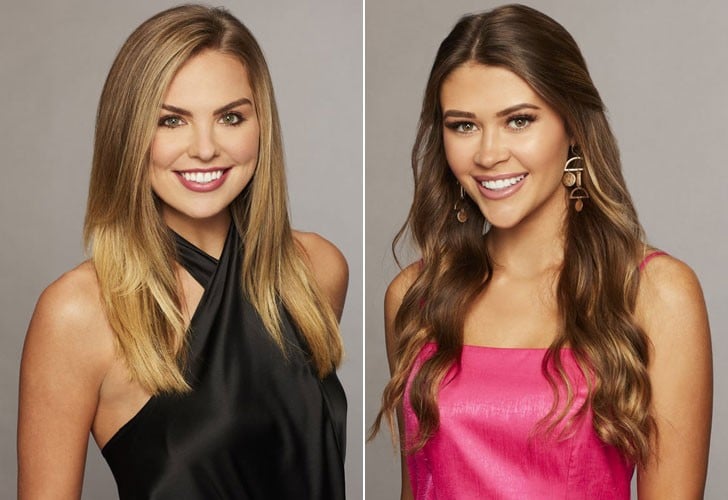 The Bachelor: If You're Living For Hannah B. and Caelynn's Feud, These 30 Tweets Are For You

It's a time honoured tradition on The Bachelor that a villain emerges within the first three episodes. Lo and behold, Colton Underwood's current season has given us plenty of women who seem dedicated to being petty at all times.

Although Catherine seemed like an early frontrunner in the premiere, Demi kicked things up a notch in episode two with her ageist rants about how women older than 25 are basically hags who should live in the woods for the rest of their lives to spare the world from having to gaze on their hideous, wrinkled faces. (I'm paraphrasing.) But then, in the third episode that aired on Monday, former pageant girl Hannah B. proved she's not above rolling around in the mud, either.

As the show has previously established, Hannah Brown and Caelynn Miller-Keyes, aka Miss Alabama USA 2018 and Miss North Carolina USA 2018, respectively, competed against each other for the title of Miss USA 2018. Despite being rivals, the two were actually roommates throughout the competition, and still have a ton of Instagram photos together up on their pages (though, to be fair, you have to scroll back quite a bit). But during the second episode of season 23, both Hannah and Caelynn separately told the cameras that the tension that began bubbling between them at the pageant never quite dissipated, and now it's fully morphed into full-on bad blood.

In the most recent episode, after seeing that Caelynn's relationship with Colton was progressing faster than her own, Hannah decided that he needed to know . . . something about her former roommate that would change how he views her entirely. But when she sat down to chat it out, she couldn't pinpoint an exact reason why she doesn't like or trust Caelynn, and why he shouldn't either. But, because karma is swift, Hannah B.'s gossipy move immediately backfired and Colton decided to give the rose of the night to Caelynn.

Although Hannah later admitted that the whole situation was "a total trainwreck" and it was a petty move, a pool party with Colton quickly changed her opinion. While chatting with Heather about the Caelynn situation, Hannah said Caelynn "better beware," and that she has "a tank full of rage" inside her (?!?!?!?) when it comes to Caelynn, that she's "ready to let out." And then she roared — roared — for a solid 10 seconds straight. What is in the water at that mansion, you guys?!

Hannah is going to regret that #TheBachelor pic.twitter.com/MZ4N5cfE26

By the end of the episode, Caelynn warns Colton that Hannah B. is "manipulative and toxic," and things dissolved between the two women after Caelynn placed better than her at the Miss America pageant. When Colton runs back to Hannah and asks her if she's as trash as Caelynn says (lol), Hannah insinuates that Caelynn is a sociopath.

Naturally the feud has sparked plenty of top-tier memes from Bachelor Nation, which you can scroll through at your leisure, ahead.