A couple of the Pretty Little Liars, Troian Bellisario and Shay Mitchell, came to the TCA today with a notable member of the A team — Keegan Allen, who plays Toby — and Toby's A affiliation was the hot topic of the panel. The actors and executive producers addressed the bombshell of the current season and what the repercussions will be, but most importantly, one of the showrunners told us why Toby's being on the A team shouldn't have been such a shock. Read on for that and other fun tidbits from the Pretty Little Liars panel. 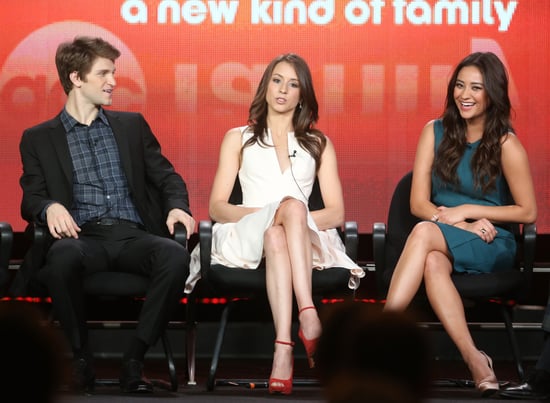