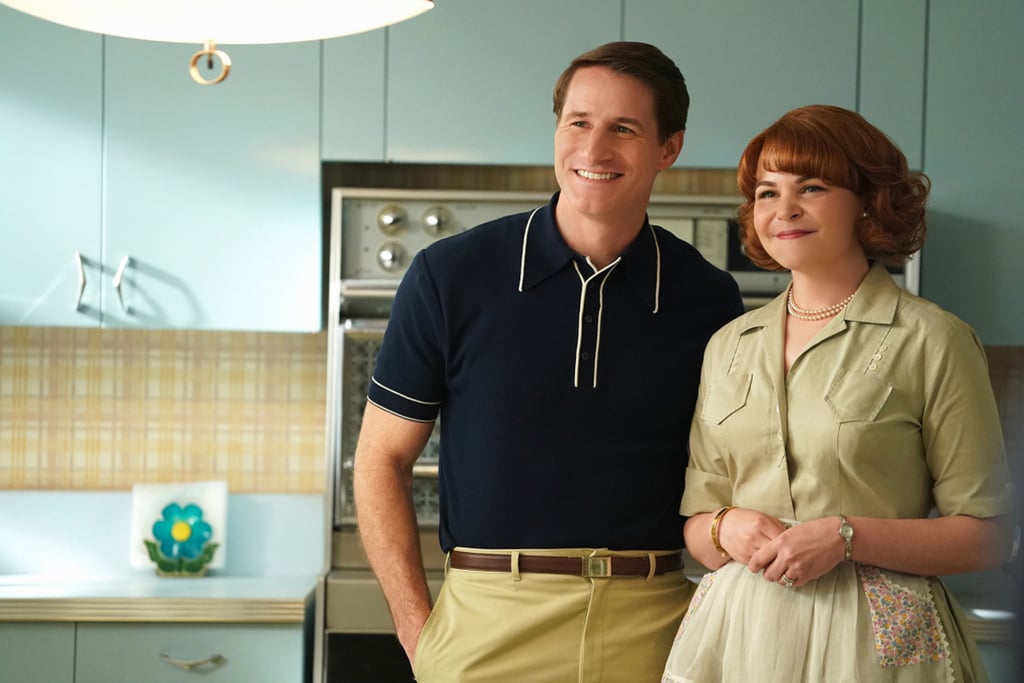 One of the most delicious new shows of the Fall television season is a splashy little show about relationships, betrayal, and murder. CBS All Access is now home to a new dramedy from Desperate Housewives creator Marc Cherry called Why Women Kill ,and let us tell you, if you aren't watching already, do yourself a favour and check it out because it promises to be a crazy ride during the first season.

The gist of the show is that there are three seemingly separate storylines happening in three different eras, with the throughline being that they all take place in the same Pasadena, CA, mansion. In the 1960s, married couple Rob (Sam Jaeger) and Beth Ann (Ginnifer Goodwin) try to continue on with their lives after a shared tragedy; in 1984, Simone (Lucy Liu) finds out her husband Karl (Jack Davenport) is not the man she thought he was, while she also deals with another man's affections; and in 2019, Taylor (Kirby Howell-Baptiste) and Eli's (Reid Scott) open marriage is thrown a curve ball by the arrival of a new houseguest.

Related:
This Is the Only Place You Can Stream The Big Bang Theory, and It's Just $6 a Month

From the title, you have probably sussed out that it is about women killing. But Cherry gave the 2019 TCA Summer press tour audience a little more to go on. Sitting on stage in a panel with actors who play the three wives and the three husbands, Cherry had this to say:

"Indeed, there will be three murders — three deaths. I should be more specific. Three deaths at the end of the series, and they will all be committed by women, but it's not necessarily the three women on this stage. The victims are not necessarily the men on this stage, and interestingly enough, not one person will be killed because of infidelity."

That is an outstanding tease from the show's creator and it really got our wheels turning. So as of right now, here are our theories about the killer/victim combos. We hope to revisit these as the series goes on and see how right (or so, so wrong) we really are.

Warning: spoilers ahead for the first two episodes of the show ahead.