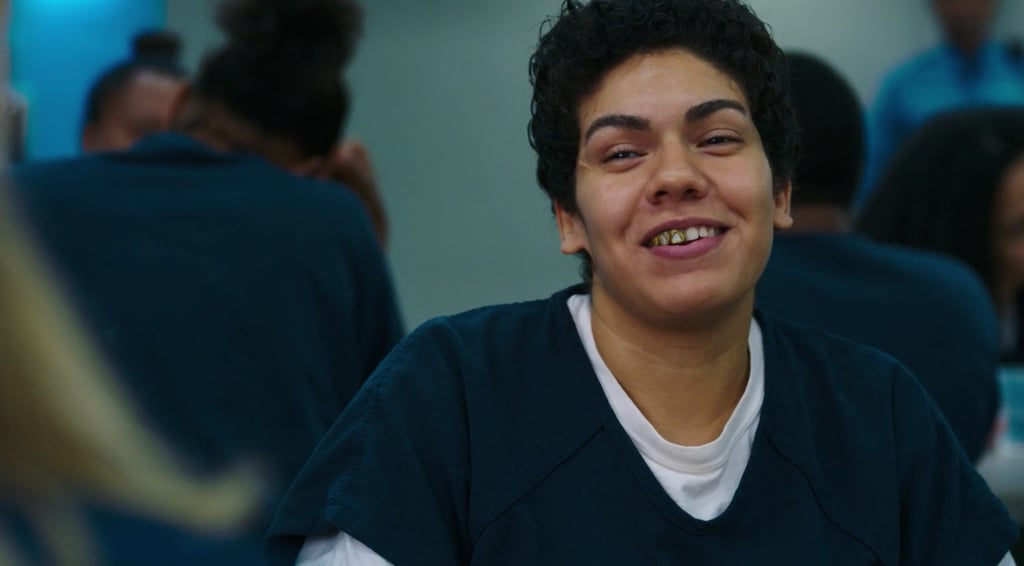 Everyone knows that the women of Litchfield Penitentiary look very different on the red carpet than they do in their orange jumpsuits — hello, Blanca the babe — but have you ever seen Orange Is the New Black's Irene Cabrera (better known as Zirconia) outside the prison yard? Though we don't meet Zirconia and her golden grill until season four, she quickly makes a name for herself, flirting with Luschek and turning Linda Ferguson's Louboutins into weapons. What you may not know, however, is that Zirconia actress Daniella De Jesús is an absolute stunner. Here are just a few pictures that prove that De Jesús's transformation into Zirconia might just be one of the most insane of the Litchfield ladies.

Related:
Test Your OITNB Knowledge: How Did These Inmates Land in Prison?
Previous Next Start Slideshow
Daniella De JesusOrange Is The New BlackTV