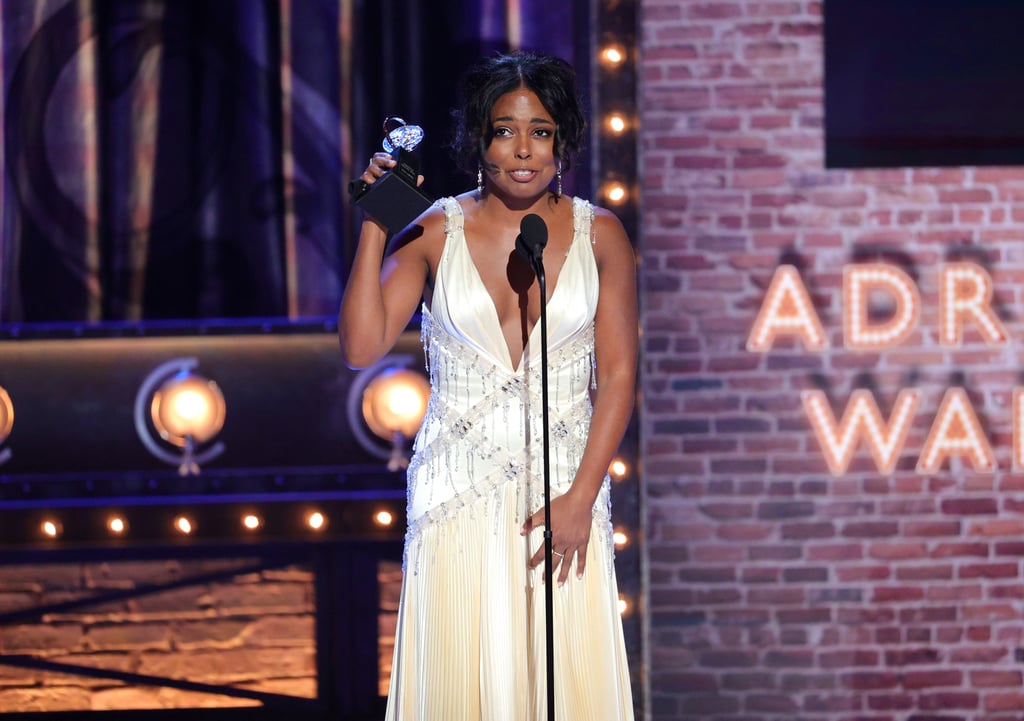 Adrienne Warren received the Tony Award for Best Performance by a Leading Actress in a Musical on Sept. 26 for her electric role as Tina Turner in Broadway's Tina: The Tina Turner Musical. This is Adrienne's first Tony to date. She began as Tina at London's West End theatre and brought that talent back to the US when the show made its 2019 Broadway debut (this year's Tony Awards honoured the shows of the 2019-2020 Broadway season after a postponement due to the COVID-19 pandemic). Adrienne won over fellow nominees Karen Olivo from Moulin Rouge! The Musical and Jagged Little Pill's Elizabeth Stanley.

In her acceptance speech, Adrienne thanked her family members and, of course, Tina Turner herself "for trusting me to bring her story home." She continued on to acknowledge the hard work of her cast members: "Each one of you are a star within your own right. Thank you for holding me in light and in prayer, and I wish you were in this room. And I really look forward to the day that the bodies and souls and spirits of those that are involved in these shows that we are celebrating can be invited and join the celebration with us."

"The world has been screaming for us to change."

In 2016, Adrienne was among a group of Broadway members to establish the Broadway Advocacy Coalition, whose mission is, as stated on its website, "building the capacity of individuals, organisations, and communities to dismantle the systems that perpetuate racism through the power of storytelling and the leadership of people directly affected." The coalition was honoured with its own special Tony Award on Sept. 26.

Performances of Tina: The Tina Turner Musical are scheduled to resume on Oct. 8, but due to other acting commitments, Adrienne will leave the show after Oct. 31, The New York Times reports. Nkeki Obi-Melekwe, who previously played the lead role in the West End production after Adrienne as well as in matinee Broadway performances, will take over starting in November.

Ahead, see Adrienne in all her glory at the Tony Awards.

RuPaul's Drag Race UK
Time to Get “UK Hun” Out of Your Head, Because “Big Drag Energy” Is Taking Over
by Navi Ahluwalia 5 days ago