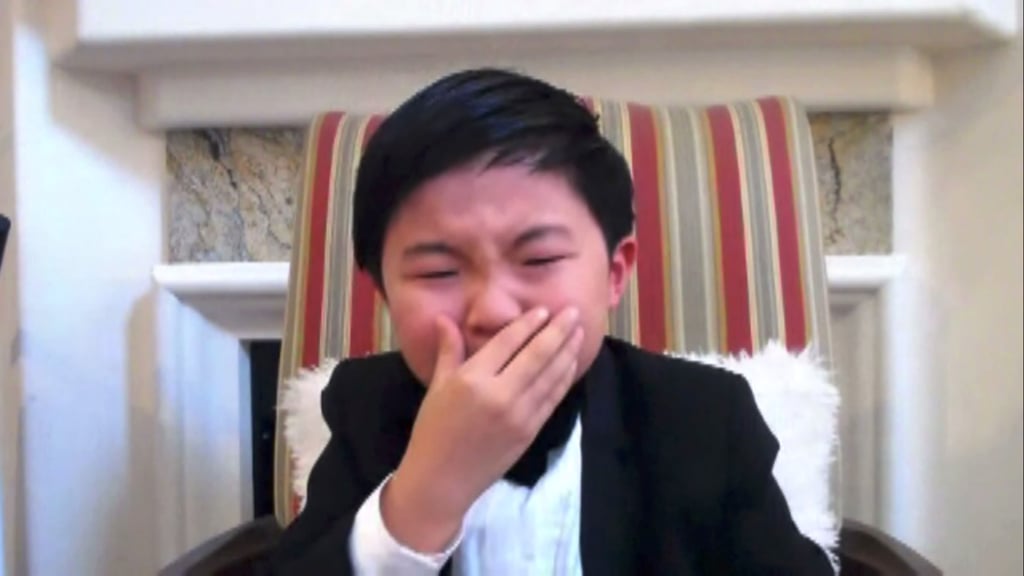 If there was a Critics' Choice Awards category for sweetest acceptance speech, Alan Kim would win in a landslide. On March 7, the 8-year-old Minari star accepted the award for best young actorm and he was overwhelmed with emotion. He teared up as he thanked the critics who voted for him, his family, and the cast and crew. "Is this the truth? I hope it's not a dream," he said as he pinched his cheeks. Ahead of the ceremony, Kim rolled out the red carpet (literally) at home in anticipation for a big night, and boy, did he deserve it. Check out the screenshots of the heartwarming and unbelievably pure acceptance speech ahead.