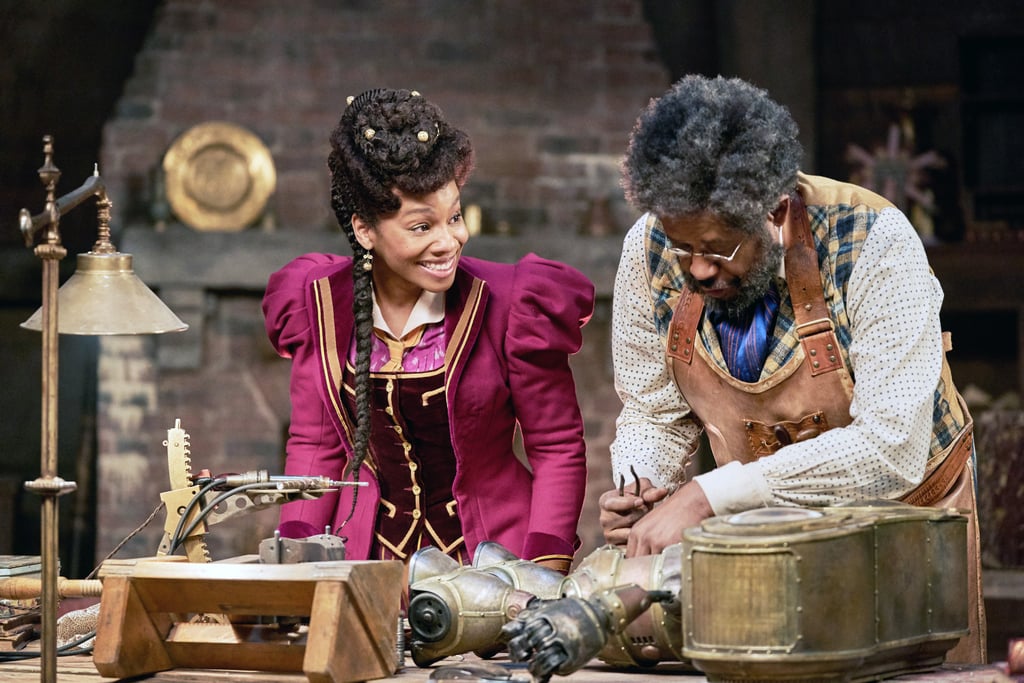 Anika Noni Rose is a triple-threat in every sense of the phrase: she can act, sing, and dance on TV, in movies, and on stage. She's probably best known for her award-winning career in musicals — she's even got a Tony Award! — but she's done much, much more than that. With her newest movie, Jingle Jangle: A Christmas Journey hitting Netflix in time for the holiday season, it's the perfect time to look back at some of the highlights of her career.

Rose started off her career in the theatre, winning a Tony Award for best leading actress in a musical in 2004 for Caroline, or Change. Right around that same time, she snagged a movie role in the infamous American Idol-branded movie From Justin to Kelly. It was in 2006, though, that she finally got a big break: starring alongside Beyoncé and Jennifer Hudson in the movie adaptation of Dreamgirls, where she played Lorrell Robinson, the "third" member of the title girl group.

Of course, Rose is best known for being an actual Disney princess: she's the voice of Tiana in The Princess and the Frog — and, unlike some other Disney princesses, she's both the speaking and the singing voice of the character. Two years after the movie's 2009 release, Rose was officially named a Disney Legend, along with Jodi Benson (Ariel), Paige O'Hara (Belle), Lea Salonga (singing voice of Jasmine and Mulan), and Linda Larkin (speaking voice of Jasmine).

Rose has also done plenty of work on TV. She guest-starred as politician and attorney Wendi Scott-Carr on The Good Wife for multiple seasons, then appeared in the miniseries adaptation of Stephen King's Bag of Bones. In 2016, she played the adult version of Kizzy Waller in the remake of Roots, then followed it up with a recurring guest role on the Starz crime drama Power and a lead role as Dr. Eva Fletcher in BET's The Quad from 2017 to 2018. More recently, she played a mother with a big secret in the movie Everything, Everything and had a guest role in Little Fires Everywhere. Rose has been one of the most reliable and steadily-working actresses in the industry for years, and we honestly can't wait to see what comes next! Take a look at her in some of her best roles over the years in the gallery ahead: