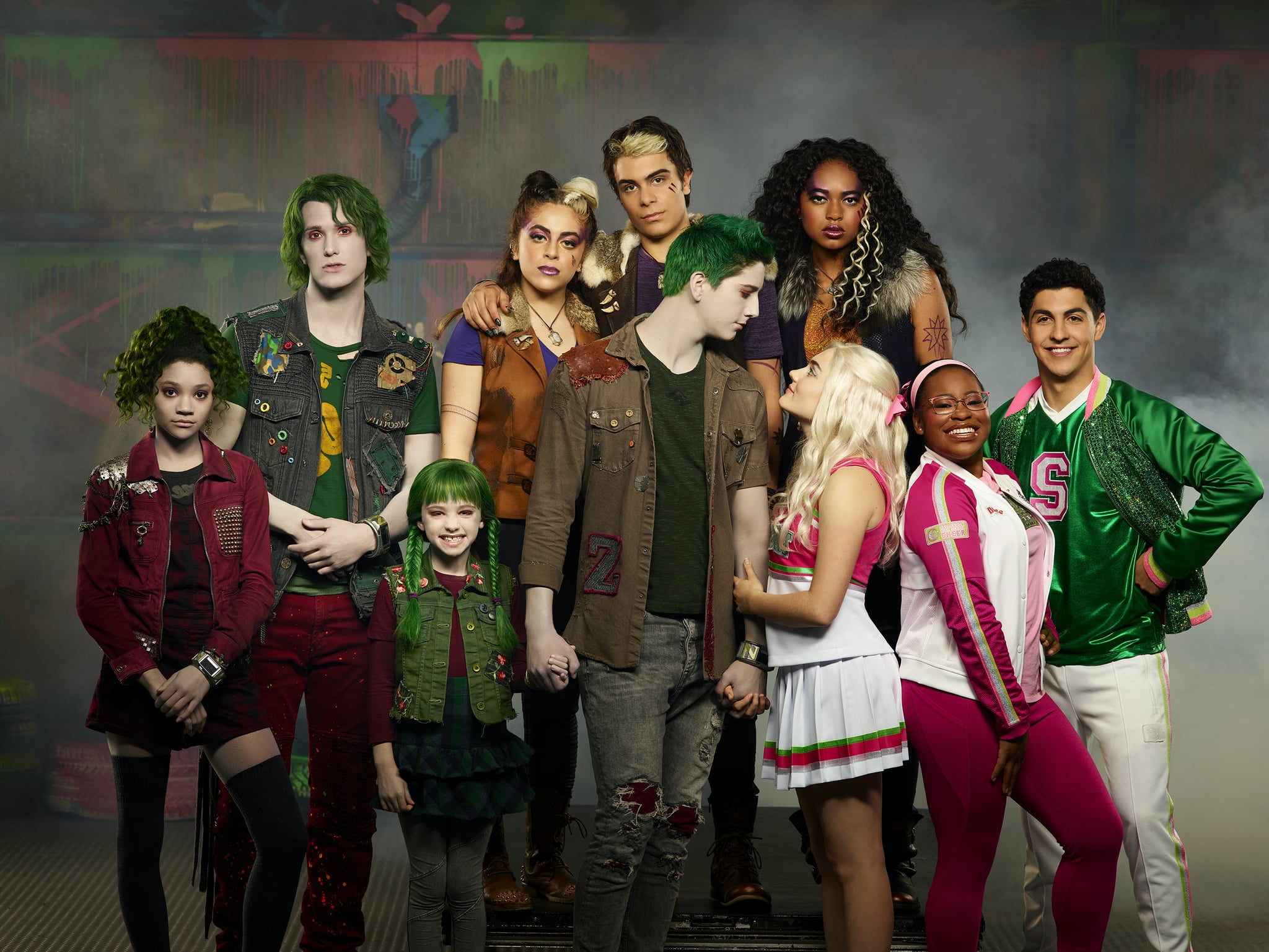 Disney Channel's original movie musical Zombies is coming back for a sequel, and this time, there's a new supernatural group in town. While the first film documents the star-crossed love story of a zombie named Zed (Milo Manheim) and a human cheerleader named Addison (Meg Donnelly) as they attempt to bring their communities together, the upcoming film, which premieres on Feb. 14, showcases the arrival of werewolves. And let's just say, they aren't so willing to make nice.

Joining the cast as one of those werewolves is social media personality, singer, and actress Baby Ariel. The 19-year-old, whose real name is Ariel Martin, stars as Wynter, a "very passionate, very emotional, very loving" werewolf whose main priority is protecting her pack. "Her pack is number one, her family's number one, the werewolves come first for her," Martin told POPSUGAR. "Because she cares so much, sometimes she doesn't know how to handle those emotions and [she] can get very angry very quick, very soft very quick, and very happy [very quick]. She's all over the place, but it's because she cares and has the biggest heart." 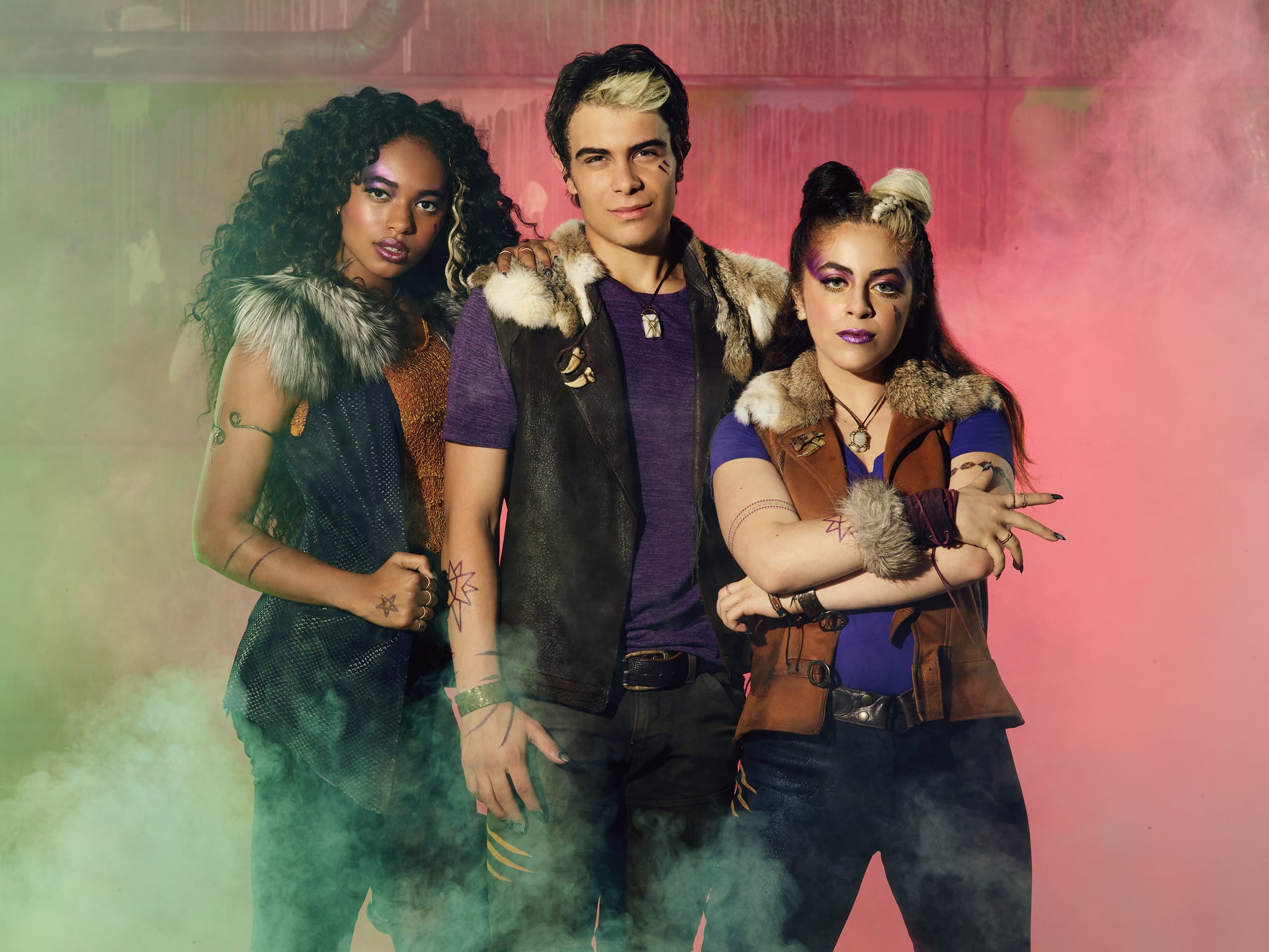 Being a big fan of the first film, Martin was eager to join the franchise. "I was just over the moon excited," she said about getting the part of Wynter. It also helped that the returning cast made her feel right at home. "They made us feel like a family the second we stepped in," she said. "We had a month of rehearsal before we started filming, which was great because instead of being on set every day right away, we got the chance to bond during dance rehearsals and go out to eat. We had game nights every single day from the second we got there. We bonded so much. We really became a big family, and that I think also translated into the movie."

Martin also got to have some of her costars in her new music video for "The New Kid in Town," which will be featured on the Zombies 2 soundtrack. In POPSUGAR's exclusive first look, Martin can be seen sitting in a diner with Meg Donnelly, Pearce Joza, and Chandler Kinney as she gushes about a mystery guy. "It was nice filming something different with them," Martin said about the Quinn Wilson-directed music video. "I've gotten so used to filming Zombies with them, but now to be in a whole different environment — we're in this cute little diner, we're dancing, we're wondering who this boy is — to be able to do it with my best friends was awesome."

Just as the first film spread the message of acceptance, Martin hopes her character Wynter inspires her fans to be their authentic self. "What I was really attracted to about Wynter and all of the werewolves was that they were never afraid to be themselves," she said. "She's not afraid to look silly sometimes. She's not afraid to go in there and scream or cry or laugh or do whatever she needs. I hope that inspires a lot of other people to say, 'You know what? I want to love me. I'm going to accept me for who I am and not care what anybody else thinks,' just like the werewolves, and zombies, and the humans."