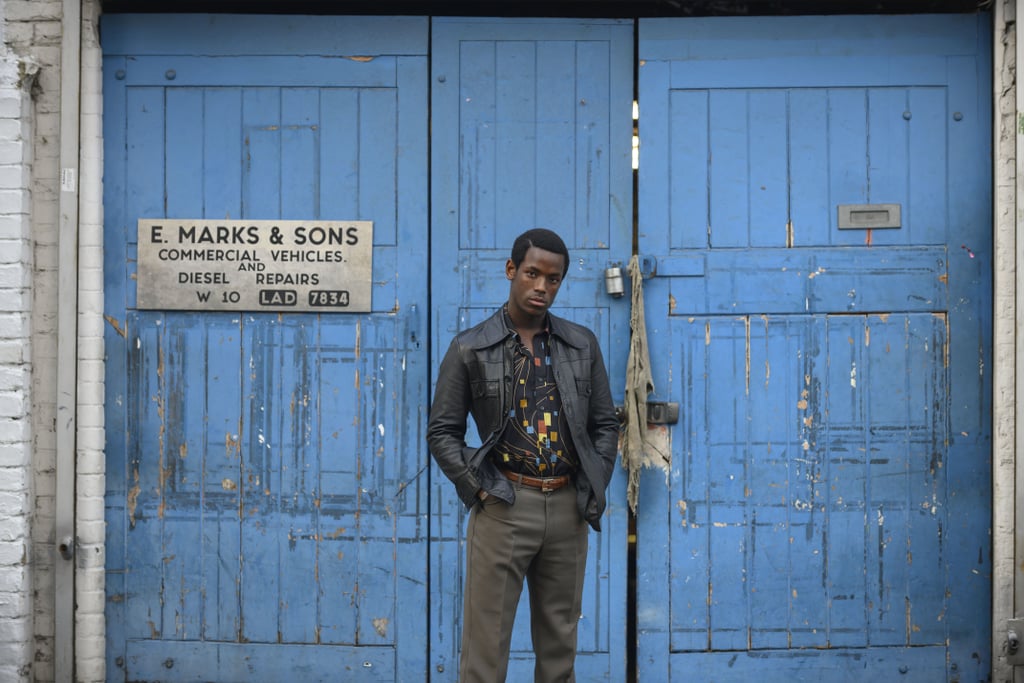 The Most Iconic Songs From Steve McQueen's Small Axe Soundtrack

The first instalment of Small Axe premiered on BBC One just last month, and it's already become one of the most influential series to be released this year. Created and directed by Steve McQueen, famously known for his award-winning film 12 Years a Slave (adapted from Solomon Northup's 1853 memoir), the anthology series consists of five lengthy episodes and details the experiences of London's West Indies community in the late 1960s to early '80s.

The debut, "Mangrove", follows the story of Darcus Howe, a key pillar within the Black Power movement in the US and UK and within the British Black Panthers. Followed by episode two, "Lovers Rock", and episode three, "Red, White, and Blue", the story continues to explore themes of institutional racism, police brutality, and, thankfully, Black joy. With an all-star cast — including John Boyega, Letitia Wright, Shaun Parkes, and, most recently, Micheal Ward, it's clear Small Axe is a necessary and timely addition to 2020 that's going to be talked about for quite some time.

The series has also sparked conversation for another reason: the soundtrack. A compilation of '80s reggae, groove, and soul, artists like Bob Marley, The Maytals, and Al Green make frequent appearances. Check out the most iconic additions ahead.

YouTube
Need Something to Watch on the Go? These Are the Best Online Series to Get Stuck Into
by Navi Ahluwalia 1 hour ago

Netflix
Jeen-Yuhs: Everything We Know About Kanye West's Upcoming Netflix Documentary
by Njera Perkins 18 hours ago