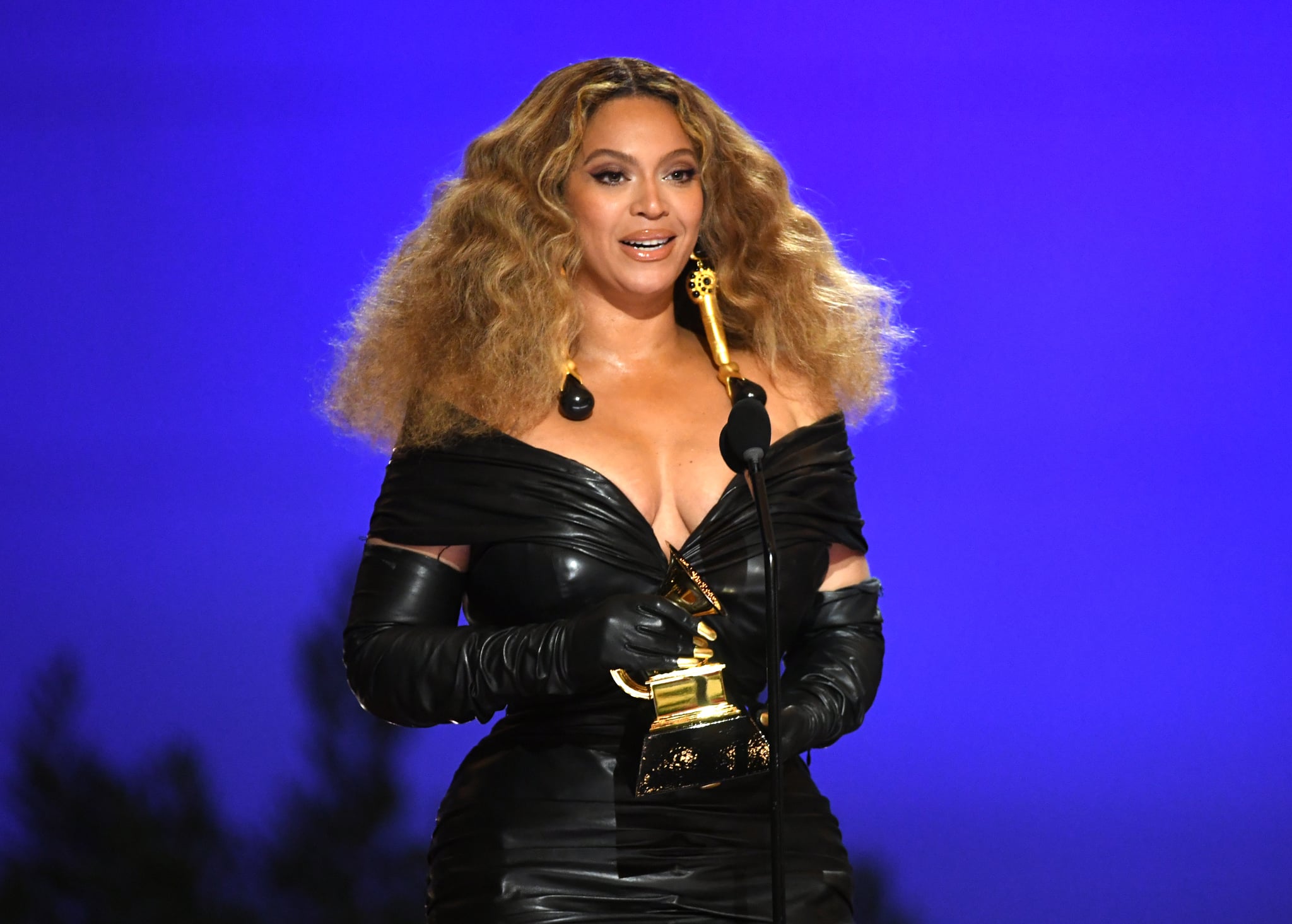 It was a huge night at the Grammys for Beyoncé, who took home four awards over the course of the evening, making Grammy history in the process. Queen Bey is now in an incredibly exclusive club of the most-awarded artists in Grammy history, with a total of 28 Grammys (and counting!) to her name. In fact, only one person has ever won more, and no woman has ever won as many as her!

Beyoncé's big wins included best rap song and best rap performance, both for "Savage," best music video for "Brown Skin Girl," and best R&B performance for "Black Parade." Partway through the show, when Beyoncé accepted the award for best rap song along with collaborator Megan Thee Stallion, she started making Grammys history. That award marked her 27th Grammy, tying her with Alison Krauss for the most Grammy wins by any female artist in any category. As she and Megan began to leave the stage, host Trevor Noah stopped them to call out the historic moment.

"Before you leave the stage, I just wanted to say this. We wanted everyone to know that right now, Grammy history has been made. Because with that award, Beyoncé has just tied the all-time record for most Grammy wins ever by a female artist — and by any singer, male or female! So congratulations, Queen Bey!" he announced. Bluegrass/country singer Alison Krauss previously reached that milestone, winning 27 Grammys between 1991 and 2012; Krauss was most recently nominated in 2018, but did not win.

That wasn't the end of the historic night for Beyoncé, though. She also took home the award for best R&B performance for "Black Parade," which officially put her over the threshold to be alone at the top as the most decorated female artist and the most decorated singer ever in Grammy history. At that point, she tied with Quincy Jones, the legendary record producer, with 28 Grammys total. The only person with more is Georg Solti, a conductor and musical director who won a whopping 31 Grammys. With plenty of time left in her career to produce more incredible music, we'd definitely say that Beyoncé is coming for that record too!