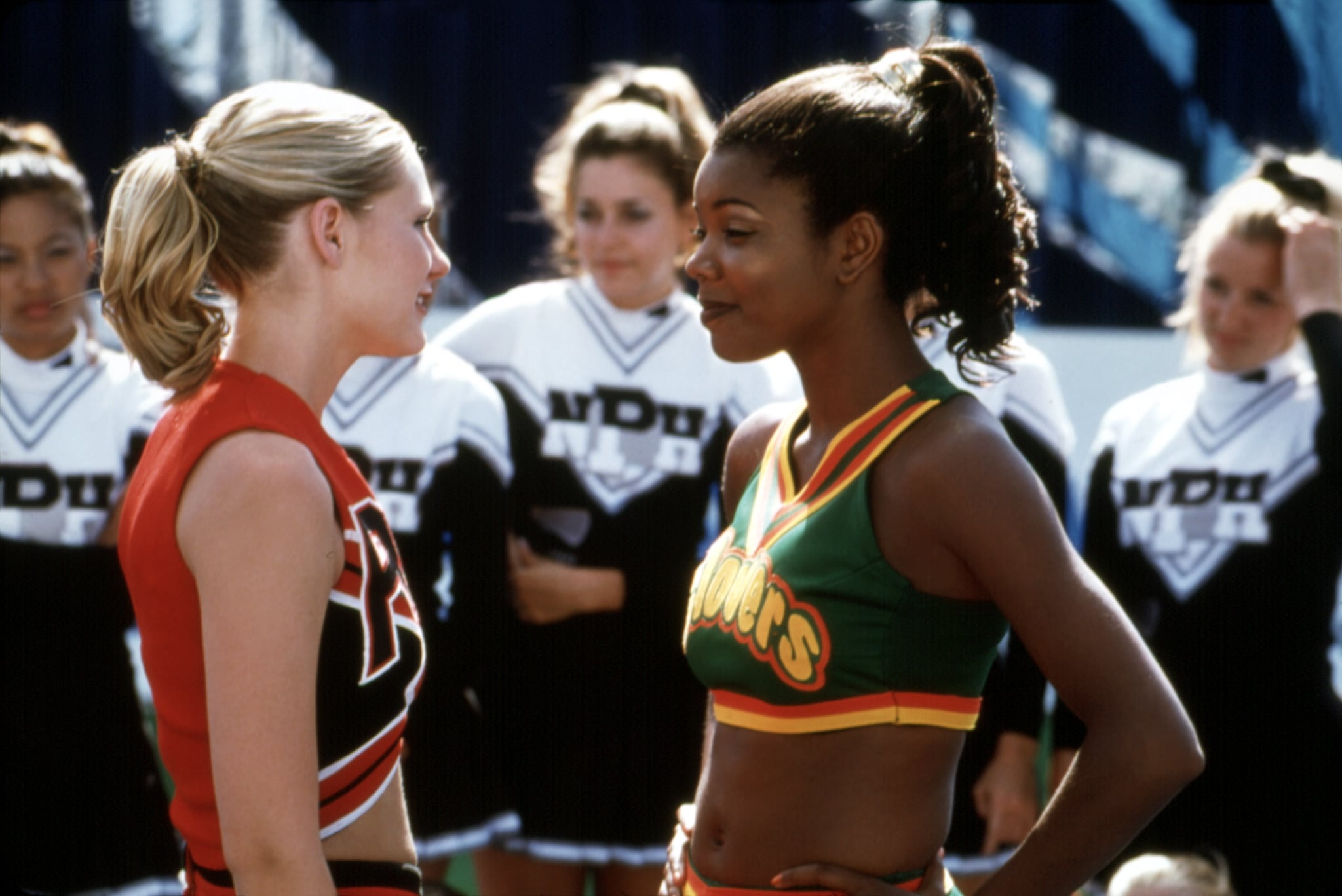 Well, we've found it: the one good reboot. In honour of Bring It On's 20th (gulp) anniversary on Aug. 25, Sarah Ramos, Laura Harrier, Meagan Holder, and Vanessa Chester acted out a famous confrontation from the iconic cheerleading movie. The gleefully nostalgic video went on to receive a stamp of approval from Gabrielle Union, who famously portrayed East Compton Clovers captain Isis. "OMGGGGG!!! Nailed it!!" Union wrote on Twitter, with approximately 72 different laughing emoji.

Most millennials likely have the original scene seared into their memory, but as a refresher, Harrier is portraying Isis in the reenactment, while Holder appears as Lava (Shamari DeVoe), Chester is Jenelope (Natina Reed), and Ramos is both Torrance (Kirsten Dunst) and Missy (Eliza Dushku). The video is part of Ramos's ongoing at-home movie reenactment project, and the Parenthood alum has previously taken on scenes from The Social Network, Legally Blonde, and more. Watch the latest, spirit-finger-worthy instalment above.