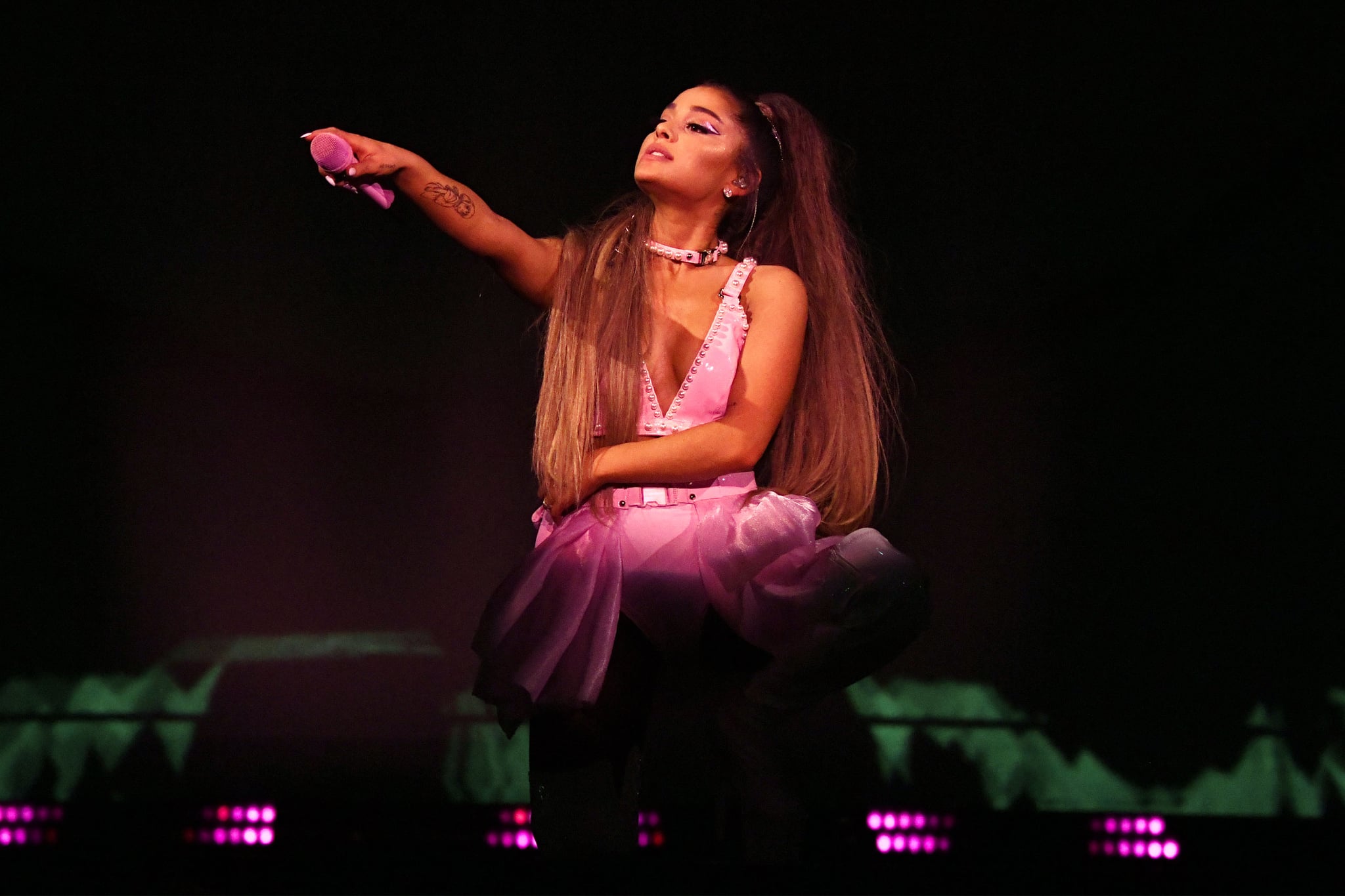 If there is anyone who personifies the phrase "booked and busy," it's Ariana Grande. The Thank U, Next singer has been gifting fans with musical masterpieces one right after the other, and she just revealed the latest treat.

After causing a stan frenzy with the sexy title track featuring Miley Cyrus and Lana Del Rey for the upcoming Charlie's Angels film, Grande released the tracklist for the entire soundtrack — which she just happened to executive produce. Not only is the singer on five of the 11 tracks, but she's joined by a plethora of female artists that make this soundtrack a bonafide monument to girl power.

Besides an update to the Charlie's Angels theme song by Jack Elliott and Allyn Ferguson, the entire soundtrack is all women, from pop stars to rappers. Along with Cryus and Del Rey, Normani, Nicki Minaj, Kash Doll, Kiana Lede, Chaka Khan, Kim Petras, Arlissa, and more all make appearances. Plus there's a Donna Summer remix that sounds especially promising.

"Excited and honoured to have so many phenomenal, bad ass mf women involved in this incredibly special project," Grande wrote in her Instagram post revealing the tracklist. "We're all so excited for you to hear this poppy, mildly trappy at times, action filled, dream of a soundtrack. These songs are so right for this film! This has been such a unique and exciting experience for me and I'm so excited to see it and scream whenever I hear all my friends' voices."

The soundtrack is available for preorder right now and will drop along with the Charlie's Angels premiere on Nov. 15. Check out the full tracklist ahead and get ready for the musical eargasm when it finally drops!