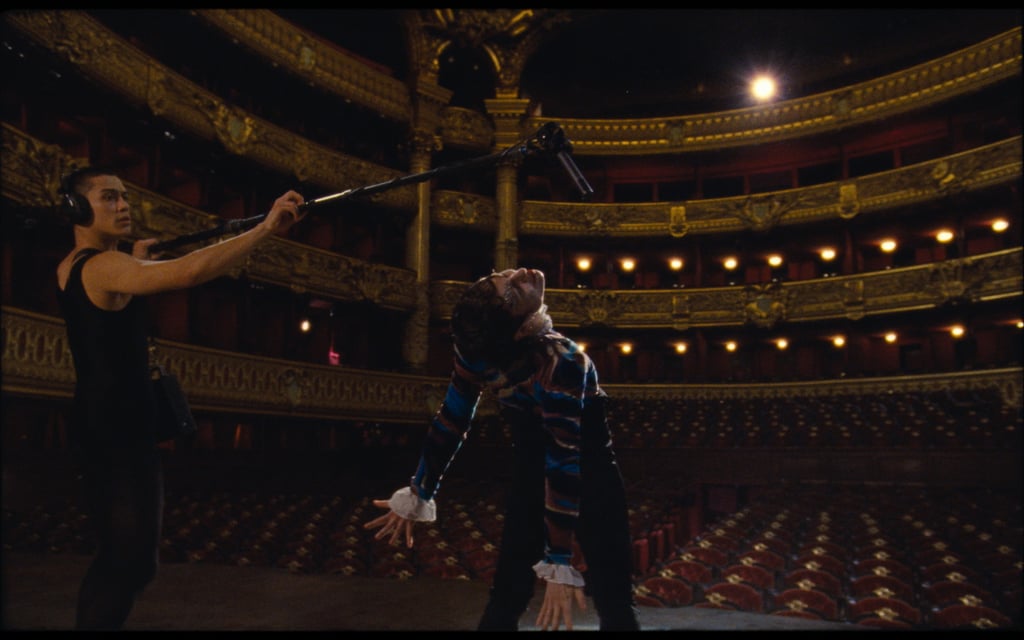 Christine and the Queens is hard to pin down, and that's the beauty of it. The French pop phenom shot to fame with her self-titled debut album in 2015 — a more-English reissue of her French debut, Chaleur Humaine ("Human Warmth"), which went on to be the UK's bestselling debut of 2016.

That fire rages on in her new five-song EP, La Vita Nuova ("The New Life"), and the 13-minute short film that accompanies it. Shot in Paris's famed Palais Garnier by Colin Solal Cardo (of Robyn's "Ever Again" and Charli XCX's "White Mercedes"), the film encapsulates some of the best of her rarefied star power: the bass-driven athleticism of Chris on "Je Disparais dans Tes Bras" ("I Disappear in Your Arms") back to back with the downtempo embers of Chaleur Humaine on "Mountains (We Met)."

Choreographed by Ryan Heffington (of Sia's "Chandelier") and costarring the delight that is Félix Maritaud (of 120 Beats Per Minute and Sauvage), it's an artful send-off to "a really rough moment," as she described it to POPSUGAR.

Now, Chris is adjusting to life in a somewhat-reopened Paris. But life goes on, too, in self-isolation: she's called in at-home performances on Lady Gaga's One World: Together at Home, The Graham Norton Show, and The Late Show With Stephen Colbert, plus almost daily Instagram Lives. "It's the end of strict lockdown here," she said, "so it's just a bit soothing."

For fans, soothing, too, is Chris, an artist who consistently resists labels and leans into individual liberté: "the state of being free within society from oppressive restrictions imposed by authority."

Those restrictions may not be written into law for some of us, but they are almost always written between the lines. It takes courage to be yourself in a world that resists complexity, and queer people are, by definition, complex. Or, we can be if we try hard enough. So, what better time to consider what we stand to gain by growing out of shame and into pride than Pride Month? Self-love is an act of defiance, after all, and Stonewall was a riot.

Over Zoom in late May, POPSUGAR sat down with Chris for a tête-à-tête in honour of Pride to talk La Vita Nuova and newfound freedom — in and out of self-isolation.

TikTok
People Are Using a Jason Derulo Song to Come Out to Friends on TikTok, and Their Reactions Are Adorable
by Hedy Phillips 1 day ago

LGBTQ+
These Parents Had a Gender Reveal For Their Transgender Daughter, and the Photos Are Stunning
by Murphy Moroney 1 week ago 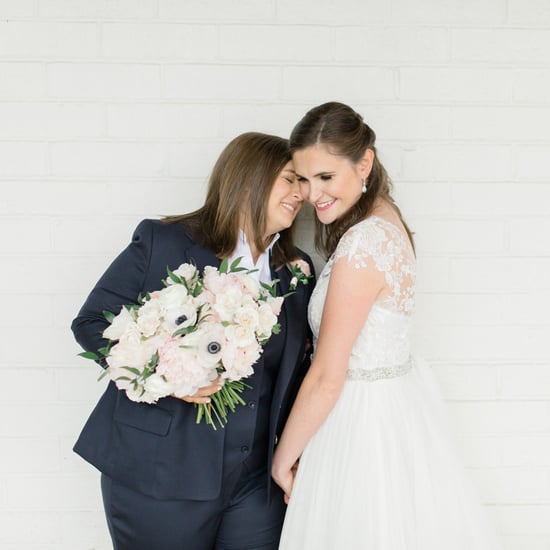 LGBTQ+
These Brides Had the Sweetest Wedding, and Wait Until You See Their First Look
by Lauren Harano 2 weeks ago