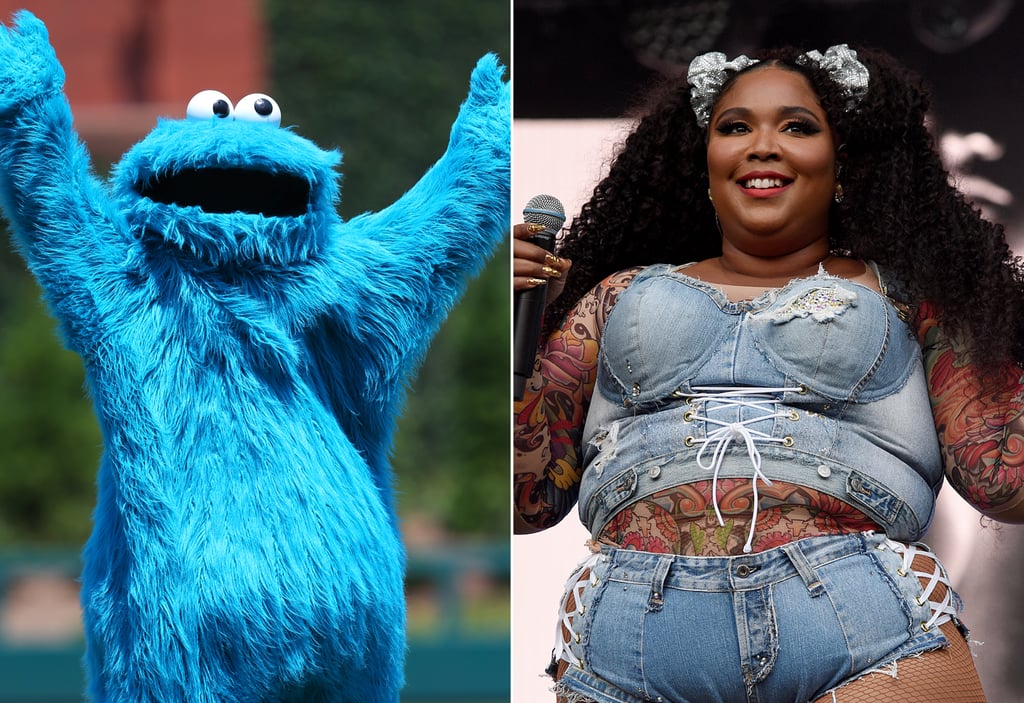 Lizzo's hit song "Truth Hurts" is Cookie Monster-approved! On Tuesday, the Muppet took to Twitter to share his version of the song, and users of the social media platform did the rest of the work for him. "Me just took a DNA test turns out me 100% cookies . . . ," Cookie Monster wrote. Lizzo replied, writing, "EVEN WHEN ME CRUMBLE CRAZY ME GOT SHORTBREAD PROBLEMS THATS THE MONSTER IN ME ✨NOM NOM✨ THEN ME EAT EM THATS THE COOKIE IN ME 😭." The internet then filled in the rest of the lyrics with hilarious cookie-inspired references.

Two whole years after the song's initial release, "Truth Hurts" hit No. 1 on Billboard's Hot 100 chart earlier this month, and Lizzo became the first black woman to hit No. 1 in 2019. It's obvious why many people are obsessed with her self-love-infused songs and empowering lyrics, but now, Lizzo has Cookie Monster's stamp of approval. Check out the amazing Twitter exchange ahead.