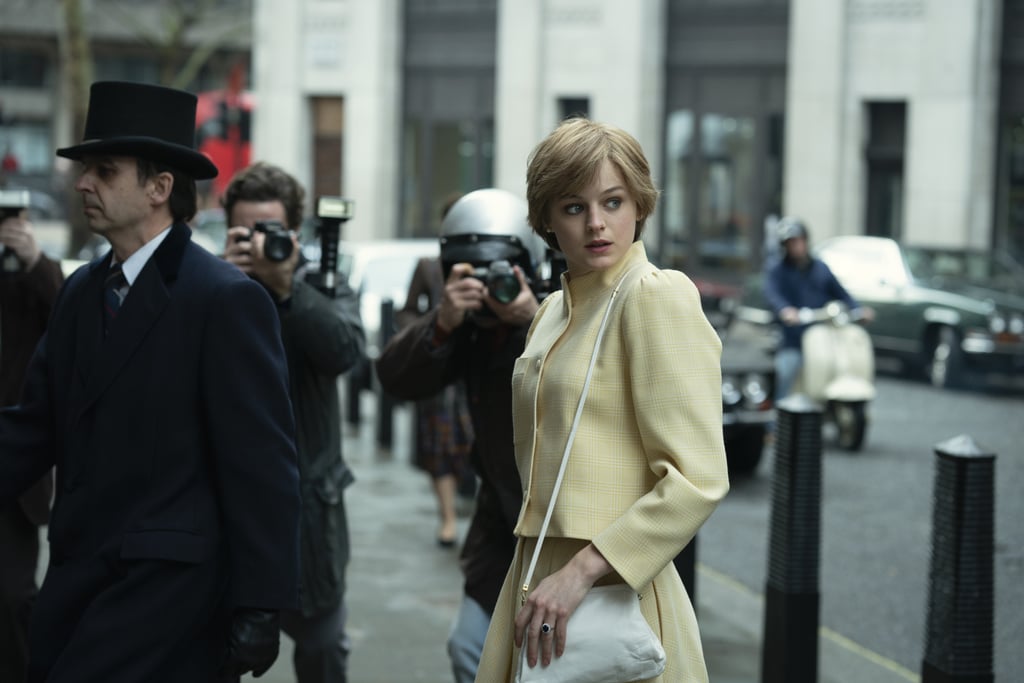 The Crown Finally Releases Photos of Emma Corrin as Princess Diana, and the Resemblance Is Uncanny

It's been a little over a month since we first got a peek of The Crown season 4 in a suspenseful trailer. In the teaser, we were delighted to see the return of Olivia Coleman's compelling performance of Queen Elizabeth II before she hands over the reigns to Imelda Staunton for season five. However, perhaps the most exciting of all, we got a glimpse of newcomer Emma Corrin as the future princess of Wales, Diana Spencer — even if it was just the back of her iconic wedding dress.

Luckily for eager fans of The Crown, Netflix teased the upcoming season again; this time with a bunch of new images. It's the first time we've see Princess Diana head-on and the resemblance is truly uncanny, especially seeing her alongside Prince Charles (played by Josh O'Connor). In the new images, we also get to see Gillian Anderson as Margaret Thatcher and Emerald Fennel as Camilla Parker Bowles, and again, had to do a double take — the casting is that impressive.

Read on to see all of the new snaps of The Crown, ahead of the fourth season premiering on Nov. 15 on Netflix.