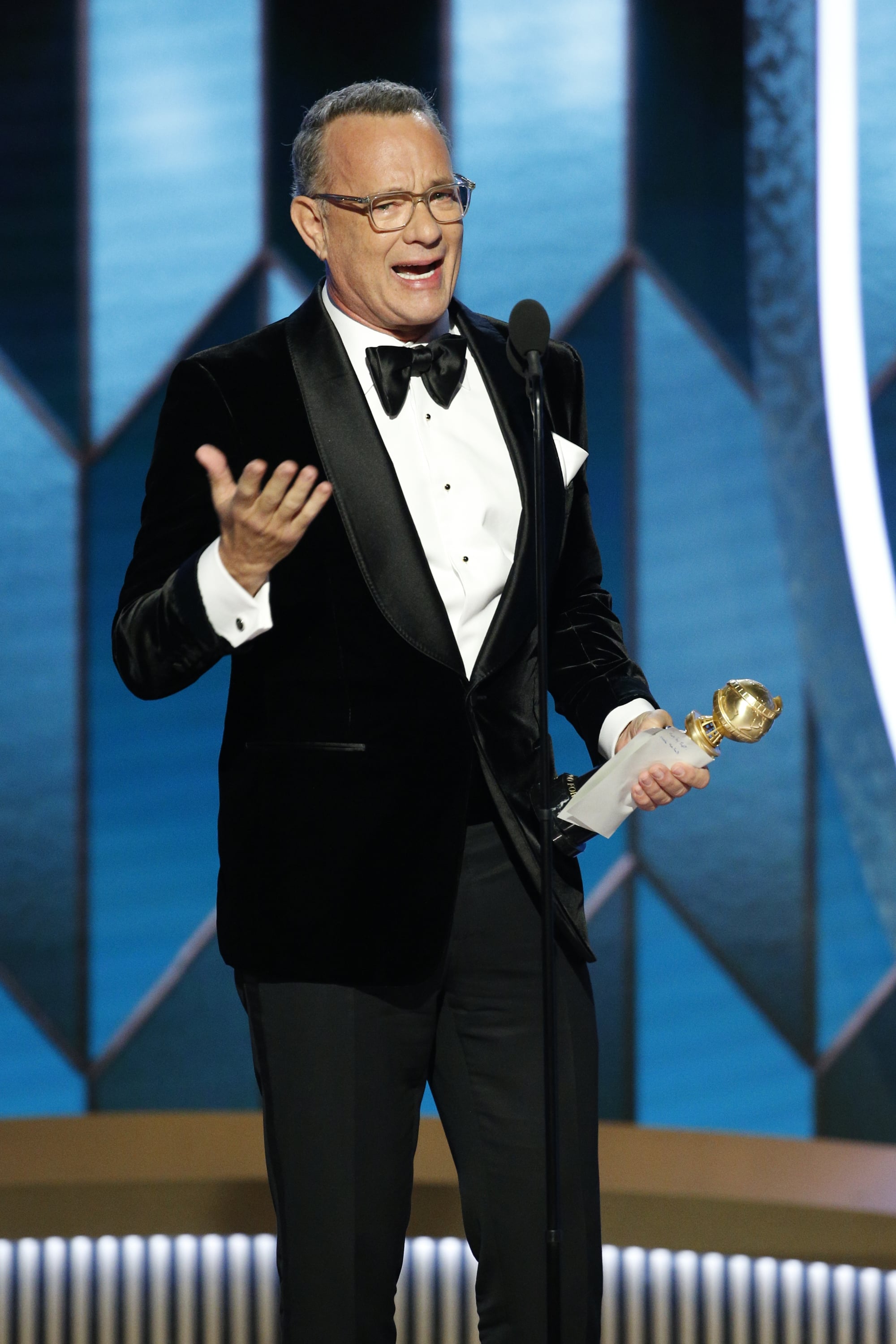 On the list of people most likely to get bleeped at the Golden Globes, no one probably had Tom Hanks anywhere near the top, but that's exactly what some viewers thought happened at Sunday's ceremony. While accepting his Cecil B. DeMille Award for his lifetime of contributions to the film industry, the iconic actor's mic cut out briefly early on in the speech. The context surrounding his sudden cut-off had some thinking he might have been intentionally bleeped, but that's not what actually happened.

"I have a cold the size of Merv Griffin's Jeopardy! royalties, so forgive me, I've been drinking a lot of savagely orange drinks the past 24 hours and I'm a little jittery," Hanks jokingly apologised at the start of his speech, voice appropriately raspy from being sick. Right after this hilariously honest admission that he was in a slightly "altered" state of mind, Hanks's microphone cut off and he took a step backwards from the mic before restarting his speech with a few words that were a little muffled and low in volume. While that sequence of events might have looked like he got bleeped for dropping a curse word while on cold meds, it was actually a much sweeter moment than that.

Immediately after the muffled mic moment, Hanks began his acceptance speech in earnest by thanking his family, at one point stopping again and covering his mouth with his hand as he became clearly emotional and choked up. "A man is blessed with a family sitting down front like that," he said, giving a shout-out to his wife Rita Wilson and their children. "I can't tell you how much your love means to me." That's a much better moment than an accidental bleep-worthy line, and one that's much more in character for the famously heartfelt actor.