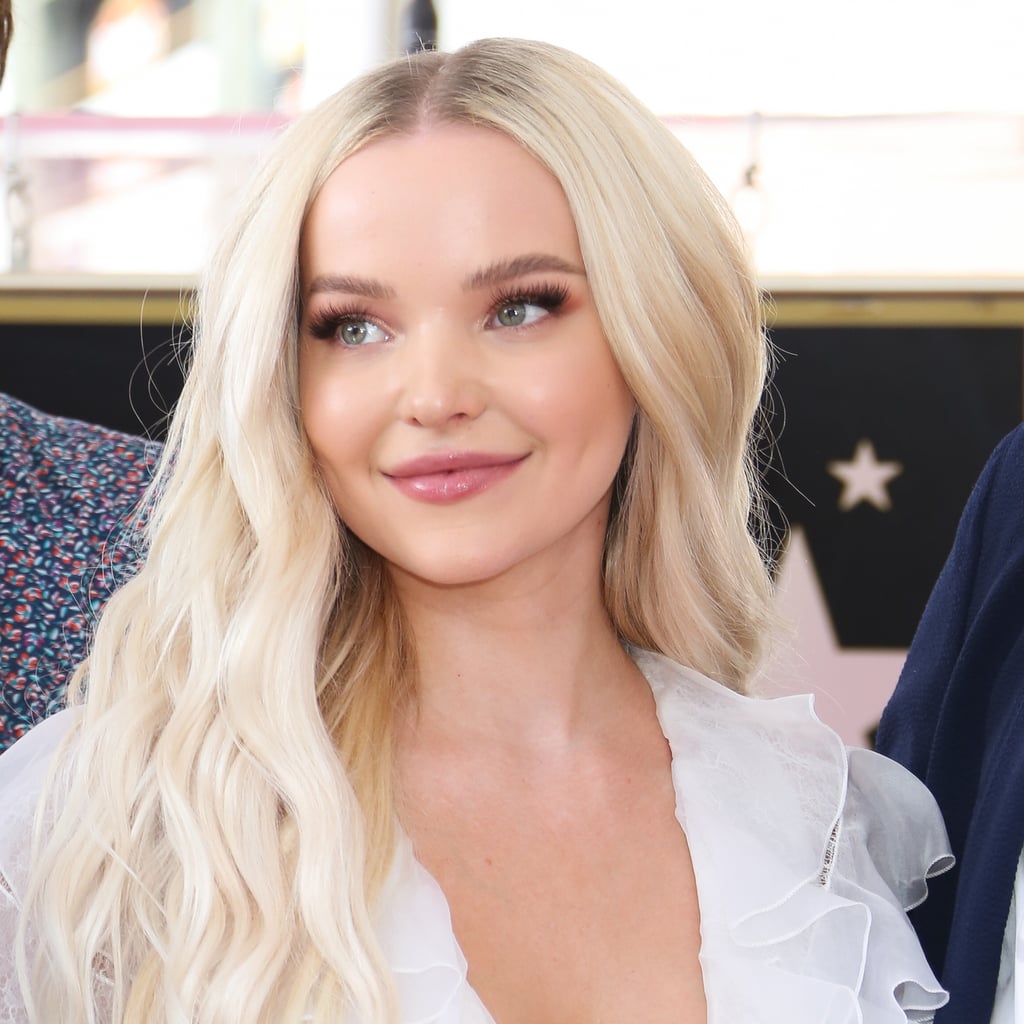 Happy Friday team! Dove Cameron has just released two new songs, "Bloodshot" and "Waste", and you'll be listening to them on repeat all weekend long. This is Cameron's first solo project as an adult, having previously released a number of soundtrack albums supporting her various Disney Channel roles (most notably, in The Descendants films).

Speaking to Jimmy Fallon on Thursday night, at the exact moment the two songs went live, she said the two songs have very different sounds. "They're both very much vibey songs . . . mood songs. . ." she said, going on to explain that "one is incredibly romantic, it's very much about, a very passionate love, an intense love — and then the other one is more about loss." In the interview, she also discussed the character she portrays in Descendants 3, and the unexpected death of her co-star, Cameron Boyce.

Buzz started building earlier this week, when Cameron deleted every single photo from her Instagram account, before posting photos of a handwritten note to her fans, saying new music would be released before the end of September. In the note, she acknowledges that "it's been six years that I've been promising (teasing) music . . . [but] we've waited long enough." Now, fans have been blessed with not one, but two news songs, which you can listen to ahead — plus, they're available on your favourite music streaming services as we speak.