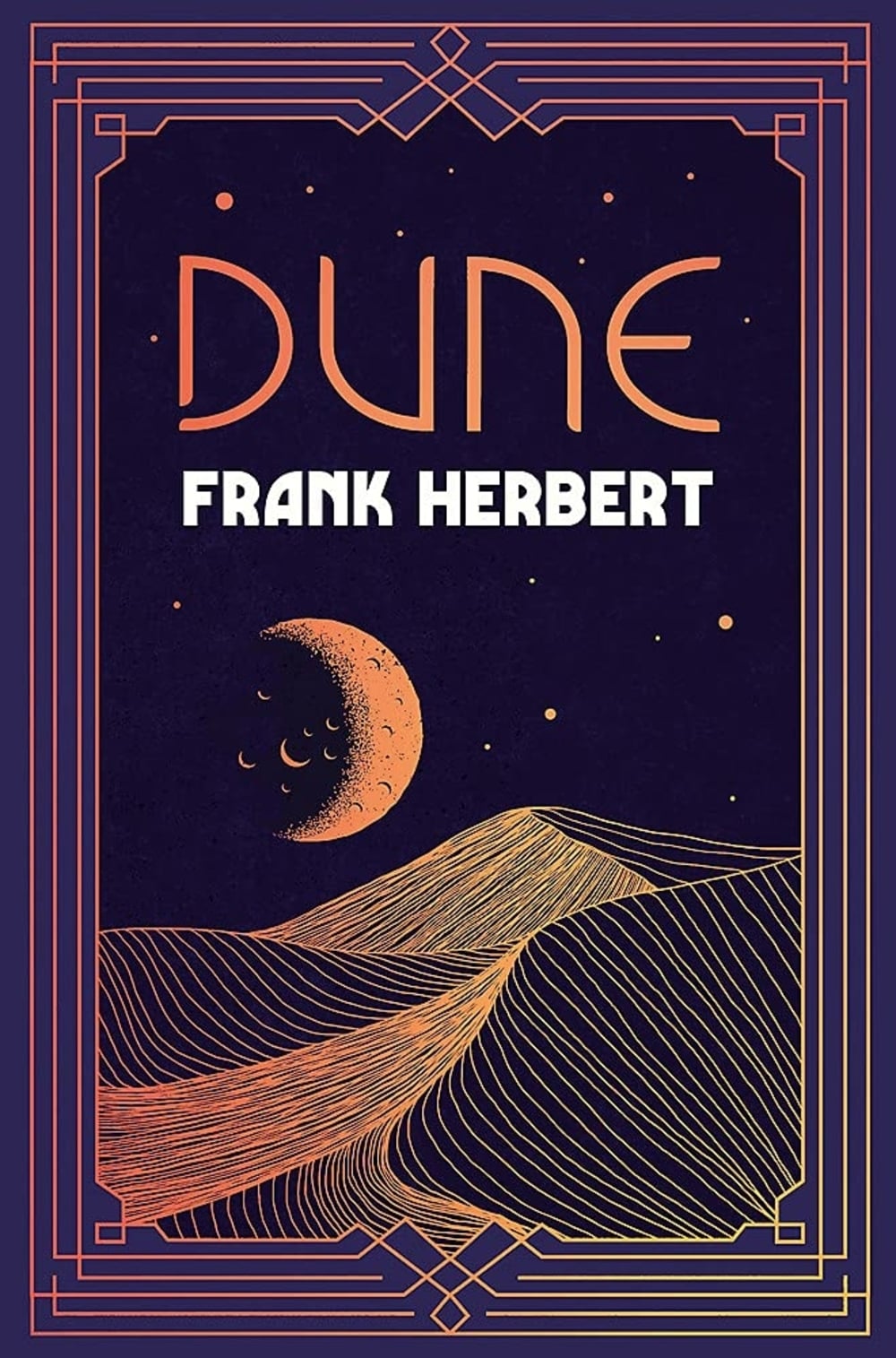 If I had never seen the first trailers for Dune, had never become absolutely besotted with Timothée Chalamet and Zendaya as a sci-fi power couple, had never found myself weirdly intrigued about the idea of giant sandworms, I probably would never have found myself online ordering a copy of the original 1965 novel that started it all. And I definitely wouldn't have found myself slogging through it weeks later, my brain tangled in knots over the complicated-enough-to-cry plots (within plots, within plots) and intricate world-building.

Dune has more than earned its place in the science fiction pantheon; it's a masterpiece, don't get me wrong. But for the first 50 to 100 pages, you'd be forgiven for wanting to dig Frank Herbert out of his grave and beg him to explain WTF is going on.

The easiest way to put it is that Frank Herbert is not here to help you read his book. He's created this elaborate universe, and if you want to come along for the ride, fine, but there are no seatbelts, no safety bars, and we're not stopping for bathroom breaks. In other words, this book feels impenetrable for the first hundred pages or so, and cracking it open is like being thrown into the middle of the ocean and told to swim. He carelessly throws around terminology (melange, mentats, Bene Gesserit) and historical events ("Butlerian Jihad" stumped me for a long time) as though you already know what they mean, and good thing, because we're already moving on to the next scene, please keep up!

Related:
15 Books to Quench Your Sci-Fi Thirst While You Wait For the Dune Adaptation

The world-building in Dune is superb and wonderfully three-dimensional, to be clear. It's just that you have to figure out for yourself what's happening, where you are, and what made this universe the way it is. In that way, Dune is very different than the science fiction of today, where you don't typically open up a book and assume you're going to be flailing around by yourself for 100 pages. In fact, Dune is less like contemporary science fiction (focussed on futuristic technology, space travel, extraterrestrials) than it is like epic high fantasy, Game of Thrones set in an intergalactic empire, with the most detail lavished on family backgrounds, political manoeuverings, and Herbert's own musings on philosophy and ecology.

"[Herbert] created this elaborate universe, and if you want to come along for the ride, fine, but there are no seatbelts, no safety bars, and we're not stopping for bathroom breaks."

So why is this book still worth reading, even through the labyrinth of plots-within-plots and learn-as-you-go world-building? Dune sucks you in like quicksand, that's why. If you can power through the beginning (bookmark that glossary, because you're gonna need it), the rest of the book is a mesmerising blend of battle sequences, desert escape scenes, prophetic trances, and sandworm rides. There's a dark hero arc, some romance, and strong female characters following their own storylines. Sometimes you forget this book was published in the sixties because it's still as strange and fascinating now as I assume it was then. (One exception: the villain is also the only queer-leaning character in the book, which feels very old-school fantasy and not in a good way.) It's a riveting world, once you get a handle on it.

I've actually gone on to read the next two Dune books (Dune Messiah and Children of Dune; say what you want about this series, but the titles sing) and have resigned myself to the fact that I'll be reading the next three, TBD on the 14-ish (!) spin-offs. Dune is just the start of a whole sprawling mythology, and I didn't expect to be so enthralled back when I was 37 pages in, ready to tear my hair out over how confusing it all was. This book is a challenge, but you won't regret taking it on.

Dune is known for being extremely complex, and it can be challenging to finish for those of us who aren't used to this genre or style of writing (and even some who are). Here are some best practices I used to get through this book and its sequels, as a relative newbie to the genre.

"'You're thinking I'm the Kwisatz Haderach,' he said. 'Put that out of your mind. I'm something unexpected.' . . .

"'If you're not the Kwisatz Haderach,' Jessica said, 'what—'

"'You couldn't possibly know,' he said. 'You won't believe it until you see it.'

Complex sci-fi and high fantasy books with worlds you can get lost in.

I'm a fast reader, and I needed about two weeks with this one. It's long (over 600 pages), dense, and complicated, so give yourself plenty of time to fully absorb the twisting plot and intricate details of the world.

When Paul Atreides and his family are forced to take charge the planet Arrakis (aka Dune) and its stores of precious spice, they know it spells their downfall. But as war breaks out against the evil House Harkonnen and Paul shelters in the desert with Dune's native Fremen, he learns that his destiny will be span far beyond Arrakis, and will be darker than he could have imagined. Frank Herbert's Dune is the beginning of this epic sci-fi saga.