Director Dennis Villeneuve's latest masterpiece, Dune, is projected to be a hit at the box office, and there are plenty of reasons why. Adapted from Frank Herbert's cult-classic sci-fi novel, the film follows the journey of a young duke, Paul Atreides of planet Caladan, as the emperor selects him and his family as the new rulers of Arrakis, a planet rich in Spice (a substance essential to space travel and thus coveted by all citizens in the galaxy), which puts them in immense political danger. If a compelling plot that's saturated with high-action scenes isn't enough to get you into a reclining movie theatre seat, then maybe the high-profile cast — and the story's hints of romance — will. Actors Timothée Chalamet (who plays Paul) and Zendaya (Chani) are Dune's romantic leads. Their mysterious connection in the first scene of the trailer is what piqued my interest in the movie. It's captivating because we soon realise he's not actually meeting her at all.

In the trailer, we immediately see Chani facing away from us in the distance, and then she's nearly kissing Paul. But it's then revealed that Paul is only dreaming about her. In the novel, this is how we're first acquainted with Chani as well. But why is Paul seeing a woman he's never met in his dreams?

The reader soon learns that Paul has special powers due to his bloodline (his mother is Bene Gesserit, an organisation of all-women spies who use genetic experimentation and politics to ascend the human race). His powers are then heightened by the exposure to Spice when he arrives on Arrakis. Along with being equipped with both physical and mental strength, he can control people with his voice and often dreams of events that will happen far in the future.

It's clear that some sort of spark is happening between Paul and Chani long before they've met, but between battling the Harkonnens, fighting off giant sandworms, and trying to fulfil his destiny, Paul doesn't have a ton of time to pursue his dreams of Chani. But it's only a matter of time before the audience gets to meet her officially. 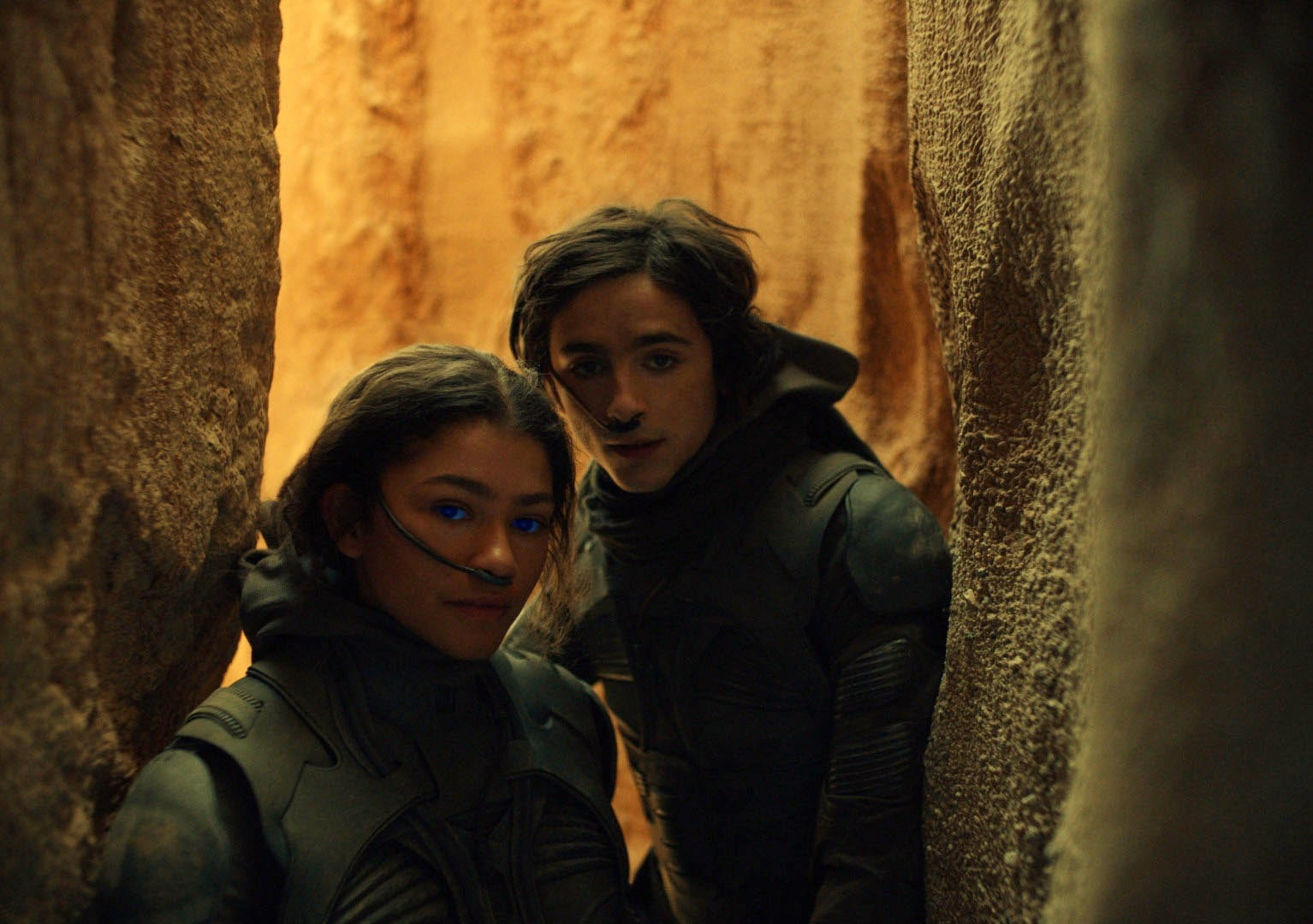 Paul and his mother, Lady Jessica, encounter Arakkis's native people, the Fremen, as they're escaping the Harkonnens plot to kill them and seize control of Arrakis. That's when Paul finally meets Chani. She is the Fremen woman put in charge of guiding Paul, teaching him the way of the Fremen. Although Dune: Part 1 ends just after Paul meets Chani, we know Paul will teach Chani the fighting tactics that his mother taught him from the novels.

Together, Paul and Lady Jessica train Chani, fully equipping her with warfare used by the religious tribe of the Bene Gesserit, often referred to as "the weirding way." Eventually, Paul and Chani's relationship becomes romantic, and Paul becomes a leader amongst the Fremen and adopts the name Muad'Dib.

We don't see much of Chani in the Dune movie, only snippets here and there. However, the sequel to Dune is already in the works (albeit not greenlit). Once the film is greenlit, you can be sure that Zendaya's Chani will turn into a pivotal character in the series, as well as in Paul's life, like she does in the novels.