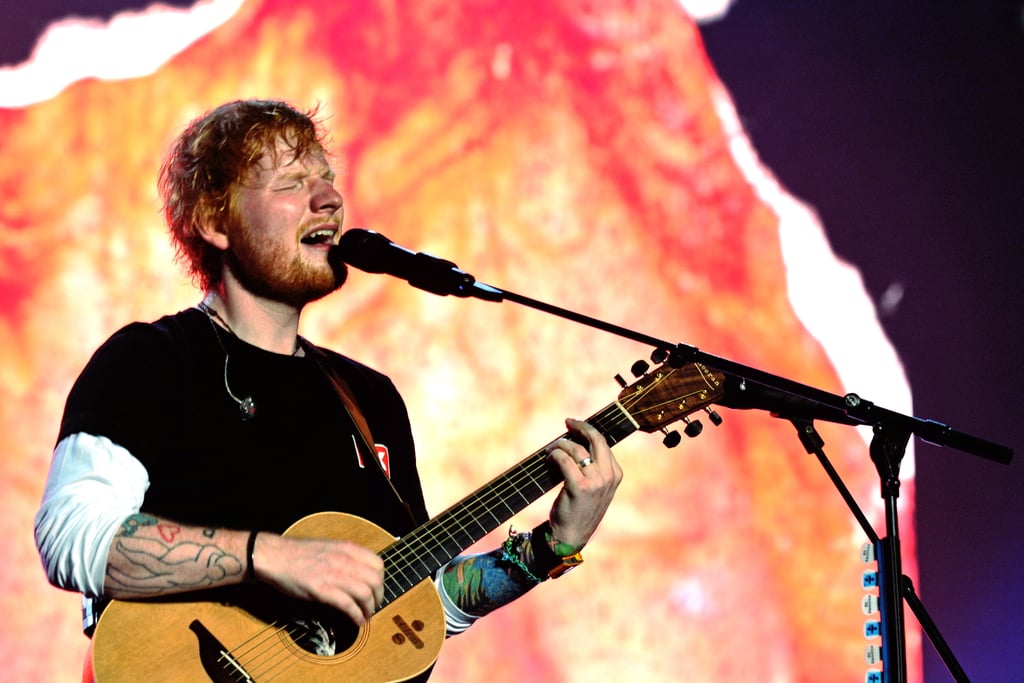 Ed Sheeran's Equals Album Has Arrived: "This Is My Favourite Album I've Made"

Ed Sheeran is back with his fourth solo album, Equals, and it's adding up to his continued theme of maths symbols for album titles. The singer originally announced his new 14-track album during an Instagram Live session back in August. He also previously shared the album's track list in a post teasing a few of his singles, including songs "Bad Habits" and "Visiting Hours," the latter of which he finished for his friend Michael, who died earlier this year.

Just a few short hours after the album dropped on 29 Oct., he celebrated its release by sharing a touching post on his Instagram page. "This is my favourite album I've made, I'm so proud of it," he wrote in a caption, along with a photo of himself holding up a vinyl copy of his new album. "Thank you to all the wonderful people who worked on it with me. To the fans, I hope you love it as much I do, it's been a long journey to this point."

Back in September, Sheeran opened up to GQ magazine about his gruelling 260-date ÷ tour that ended in 2019 and how he thought that moment might've been the end of his career. "I walked off the stage in Ipswich, aged 28, and I thought that was it," he said. "That was the top of the mountain and, you know, I'd never do that again. I thought it would be all downhill from here. The end of that tour hit me very hard. I went home, finally, decided to take some time away from my music; it had become this monster. I needed to find a different energy." Though Sheeran came very close to quitting music (he even "retired" toward the end of 2020), he somehow found himself inspired to pick up his guitar and pen once again.

"I was suddenly like, it is more important for my daughter to grow up knowing that her parents have work ethic and her parents love working hard and love creating and enjoy their jobs," he told Sirius XM radio, referencing his 1-year-old daughter, Lyra, with wife Cherry Seaborn. Now, Sheeran is reclaiming his place as an artist and getting back into his groove of creating again. He's been so focussed on his new music that he apparently already has his fifth studio album lined up and ready to go. But for now, we'll enjoy listening to Equals, which is available everywhere. Ahead, check out all the songs on the album.

Ed Sheeran Is a Lyrical Genius, and His Tiny Desk Concert Is Proof
Previous Next Start Slideshow
Ed SheeranMusic