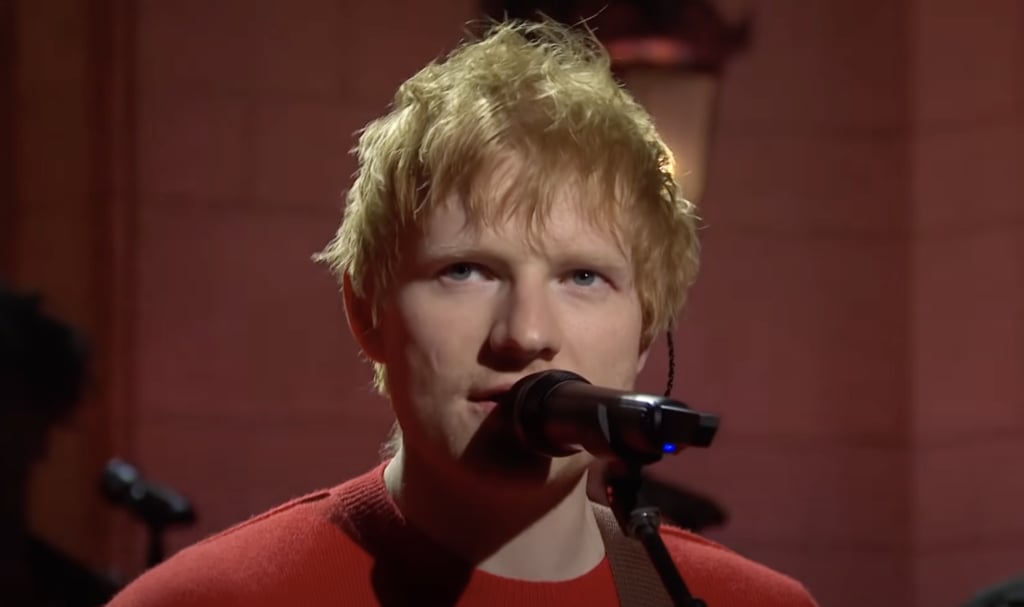 Following the release of his fifth studio album, Equals, Ed Sheeran made his long-awaited return to Studio 8H during Saturday Night Live's 6 Nov. episode, which was hosted by Kieran Culkin. Sheeran's performance comes just a couple weeks after he tested positive for COVID-19, which forced him to self-isolate before being cleared to play this weekend. Fresh off his Tiny Desk concert debut, the four-time Grammy winner didn't miss a beat when he performed his latest singles, "Shivers" and "Overpass Graffiti".

Sheeran's appearance marked his third time as the musical guest, but he also made a cameo visit during the show's recurring "Dionne Warwick Talk Show" sketch. In case you missed it, Ego Nwodim, who plays Warwick, asked Sheeran, "Now you did a song called 'South of the Border.' My question is, are you nasty?" to which he casually replied, "Yeah a little bit." Of course, the real Dionne Warwick herself stole the show when she made a surprise appearance and ended up serenading the audience with a sweet rendition of "What the World Needs Now Is Love".

Events
Finally Ready to Make Some 2022 Plans? Here's a List to Get You Started
by Navi Ahluwalia 5 hours ago