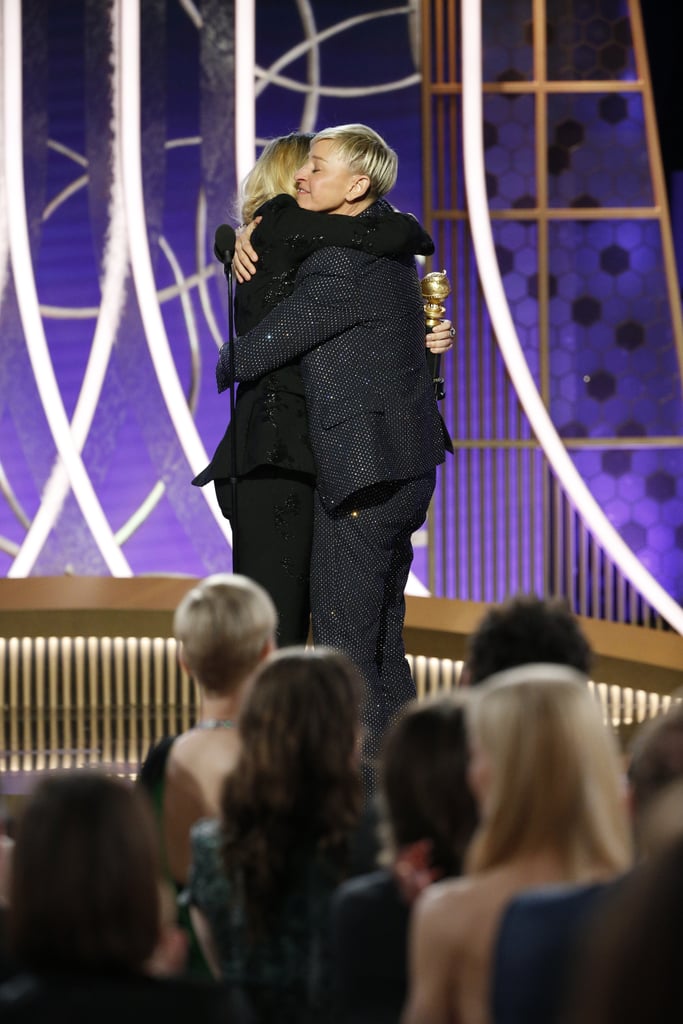 Ellen DeGeneres was the guest of honour at Sunday's Golden Globe Awards. The 61-year-old comedian and television host received the Carol Burnett award for her outstanding contributions to television on or off the screen, making her the second person to ever get the award aside from Burnett herself. Kate McKinnon presented her with the award and delivered an emotional tribute, explaining how DeGeneres personally influenced her and paved the way for her and other LGBTQ+ stars.

She began by giving a list of all the things DeGeneres has given her over the years, including "a roadmap or a way to be funny that is grounded in an expression of joy," "a desire to bring everyone together by laughing about the things that we have in common," and "a sense of self." She then concluded her speech by thanking DeGeneres, adding, "Thank you Ellen for giving me a shot, a shot at a good life."

"All I've ever wanted to do is make people feel good and laugh."

Of course, DeGeneres had a few jokes up her sleeve when she got up on stage, but she then got serious and spoke about the greatest part about being on television. "Television inspired and influenced everything that I am today . . . all I've ever wanted to do is make people feel good and laugh," she said. "There's no greater feeling than when someone tells me that I've made their day better with my show or that I've helped them get through a sickness or a hard time in their lives. But the real power of television for me is not the people who watch my show, but the people who watch my show and then they're inspired to do go out and do the same thing in their own lives." Watch McKinnon and DeGeneres's powerful speeches ahead.

Celebrity Style
Nope, We're Still Not Over Rina Sawayama's Brit Awards Gown, but Thanks For Asking!
by Victoria Messina 8 hours ago