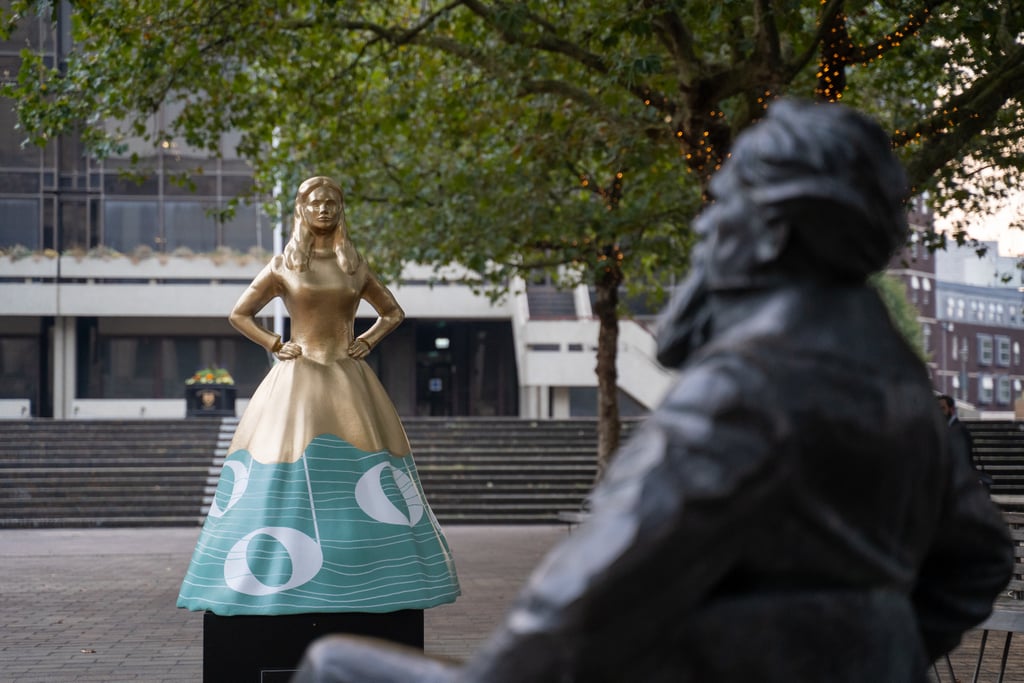 Netflix is celebrating the premiere of Enola Holmes by erecting statues of the accomplished sisters of some of England's more widely recognised male cultural icons. The statues can be seen for a limited time on London's Baker Street, in Portsmouth, Dorchester, Birmingham, and Bath.

Enola Holmes, played by Millie Bobby Brown and starring Helena Bonham Carter, focuses on the sister of fictional character Sherlock Holmes. Enola is described by Netflix as a "precocious teenage detective and code breaker, best known for her investigations into the disappearance of her mother. Raised a true feminist, she battles the establishment and outwits her famous brother in unravelling a dangerous conspiracy."

The statue of fictional character Enola Holmes will be placed alongside the preexisting statue of Sherlock Holmes on Baker Street and has inspired Netflix to install statues all across the UK to honour the real overlooked sisters whose accomplishments were overshadowed throughout history. A statue of Frances Dickens, sister of Charles Dickens, can be seen beside her brother in Portsmouth; a statue of Mary Hardy, sister of Thomas Hardy, is installed in Dorchester; a statue of Princess Helena Victoria, sister of King Edward VII, will be erected in Birmingham; and a statue of Maria Anna Mozart, sister of Wolfgang Mozart, can be seen in Bath.

Ahead, a closer look at the statues and the histories of these phenomenal women.

Love Island
The Love Island Villa Isn't the Only Thing That's Got a New Look — the Water Bottles Have, Too
by Navi Ahluwalia 11 hours ago