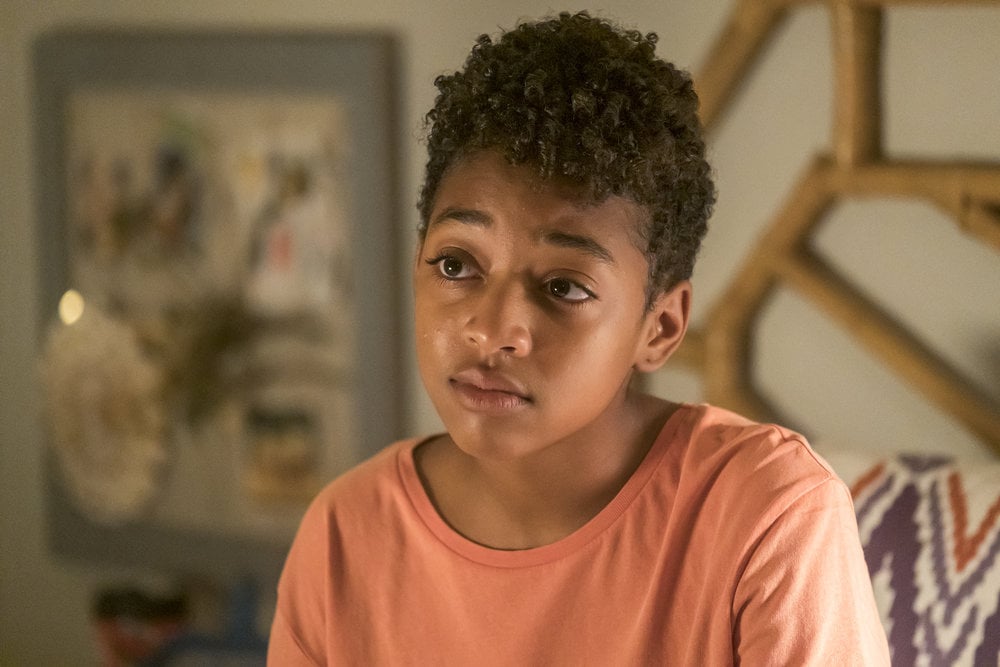 Randall and Beth's family is undergoing a few big changes on This Is Us this season. Following their move to Philadelphia, we've been getting a few glimpses of how everyone is adjusting to their new lives. While Randall is hitting the ground as a city councilman and Deja has already found herself a new love interest, the transition hasn't been quite as smooth for Tess. After coming out to her parents last season, we've watched Beth and Randall's middle daughter continue to struggle with her identity during the family's move.

Actress Eris Baker recently told POPSUGAR that Tess's journey to self-acceptance will continue to be a huge part of her character's storyline this season. "Tess is definitely going to grow this season," she explained. "Of course, she's not as confident as she would like to be, but I think that when you make a big change [like Tess cutting her hair], you're not automatically going to feel confident or be sure if you make the right decision because it is so new. So, she's taking it day by day." 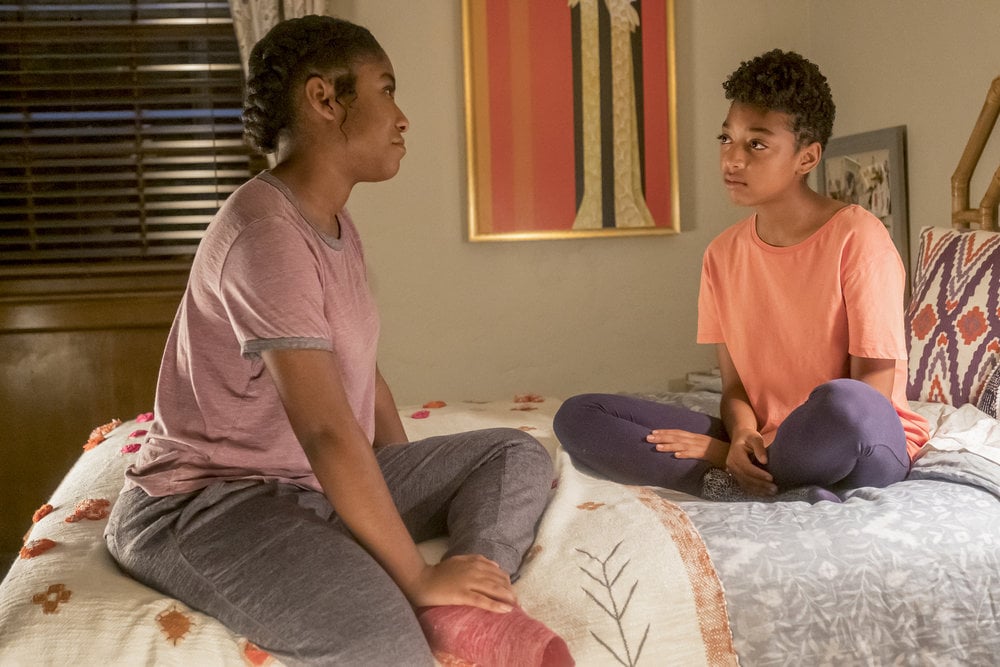 As Tess comes into her own this season, we'll see her lean even more on her sisters for support. Following her first day of school, Tess shared a sweet sisterly moment with Deja as she opened up her fear of coming out to her new classmates. "I love that Tess can talk to somebody because it's something that's hard to talk to your parents about," Baker said about Tess now having an older sister to confide in. "[It's] something that you want to keep to yourself [and it's] hard to talk about with others. The fact that she has a big sister to talk about it is great. If Deja was not living on the Pearson house, then Tess would just be keeping all her emotions inside. She didn't have anybody to talk to, because it's not like you can talk to Annie about it. I love [the] big sister, little sister relationship they have and I think that the relationship will definitely be getting stronger this season."

"It's just little pieces to a puzzle every single day with Tess, and it's starting to connect more."

Though Tess is struggling with her identity in present day, we'll eventually see how she transformed into the confident and self-assured Tess we meet in the flash-forward. "I definitely think that it's just little pieces to a puzzle every single day with Tess, and it's starting to connect more," Baker teased. "Of course, I have no idea what the writers are thinking [and] how they're going to make a connection every single episode but there definitely is a connection being made and it's obvious looking in the future that Tess is a strong, independent woman, and she's very happy. So seeing Tess go through so much right now when she's a kid really makes me happy that she found her confidence when she's older."

Overall, Baker really hopes her character inspires other teens who are struggling with their own self-esteem issues. "Knowing that there are so many Tesses in the world, I hope that Tess's character is creating a pathway for somebody else that's going through the same thing. I think that Tess is amazing. She's definitely a role model for some people because she's not afraid of taking risks. She'd not afraid to make a change in her life. Tess knows what she wants and she's not afraid to do it. I hope Tess is showing somebody how to not be afraid, [to] just to be you."

British Celebrities
It’s a Sin: The People and Events During the HIV/AIDS Outbreak That Inspired the Powerful Series
by Navi Ahluwalia 15 hours ago